PFOA Trustee Jim Roger working to improve the recruitment and retention of women within Armed Policing across the UK became aware of the tweet and asked if Karen would be willing to share her story and support through the National Women’s Armed Policing Forum, we are delighted to say Karen was happy to.

Karen describes her time as an Authorised Firearms Officer as the “Best 6 years of my life!” and provides an insight into her time within Armed Policing.

I joined Staffordshire Police at the young age of 20 years old. I had a protected, sheltered up-bringing in a local town, growing up in a lovely small family. At school I was a student that needed to work hard to achieve, I had lots of natural ability and common sense but I was not one of those who was intellectually naturally gifted.

I had an uncle who was a serving officer but besides that I have no idea where my interest in policing came from. I left school at 16yrs old having no idea where my intended career path was heading. A friend was interested in a policing course at the local college so I decided to give this a go. At the same time I joined the Special Constabulary. This was a great combination and I was soon hooked on where I saw my future. I put my heart and soul into the application process and on the 28th November 1994 I joined Staffordshire Police on course 10/94.

I was the only female on my intake, joining up with 16 other recruits. Back in those days, males and females were separated on residential courses so I was parted from the rest of my intake out of class hours etc. This did not damper my enthusiasm and I made new friends with what were then the police cadets who shared the tv room in the hostel which was on the female floor. I still joke now with colleagues who were then cadets as they helped me press my uniform and polish my boots. How I now tease the now high ranking officers..!!

I was posted to a busy urban police station in the heart of Stoke on Trent. Growing up, I had never been in a fight, I had never really had a big argument with anyone, how this all changed. I grew up incredibly fast in those first few weeks.

After 5 years of busy response and neighbourhood policing, I saw the internal advertisement for the ‘Tactical Support Group’ as it was named at that time. I had never even touched or handled a gun before, I had always been naturally sporty and a real ‘tom boy’ type character so went along to the awareness day to see if I liked what I saw. Again I was hooked. I thoroughly enjoyed the day and applied as soon as I returned.

I was successful in the application process and on a really cold, damp January 2000 I started my initial firearms course. This time I was lucky as there was another female ‘Nicky’ on my course. The course was only 4 week in duration, at this time there was no AEP or Taser so it was pistol on the first week with classification at the end of the week, followed by tactics and MP5 which was the carbine weapon.

Any firearms officers will tell you the pressures of requal/classifications. Its like a big test but with huge consequences. Failing is not an option! On the Friday of the first week of my course I did my first ever classification, I came joint top. Full house 50/50. The other 3 weeks were intense but great fun, we were residential so long training days did not impact on home life in those days.

After successfully passing my course (100% pass rate) I didn’t automatically join the team, I had to patiently wait for my posting. After what seemed like a big wait I then joined what was then named the ‘Tactical Support Group’. 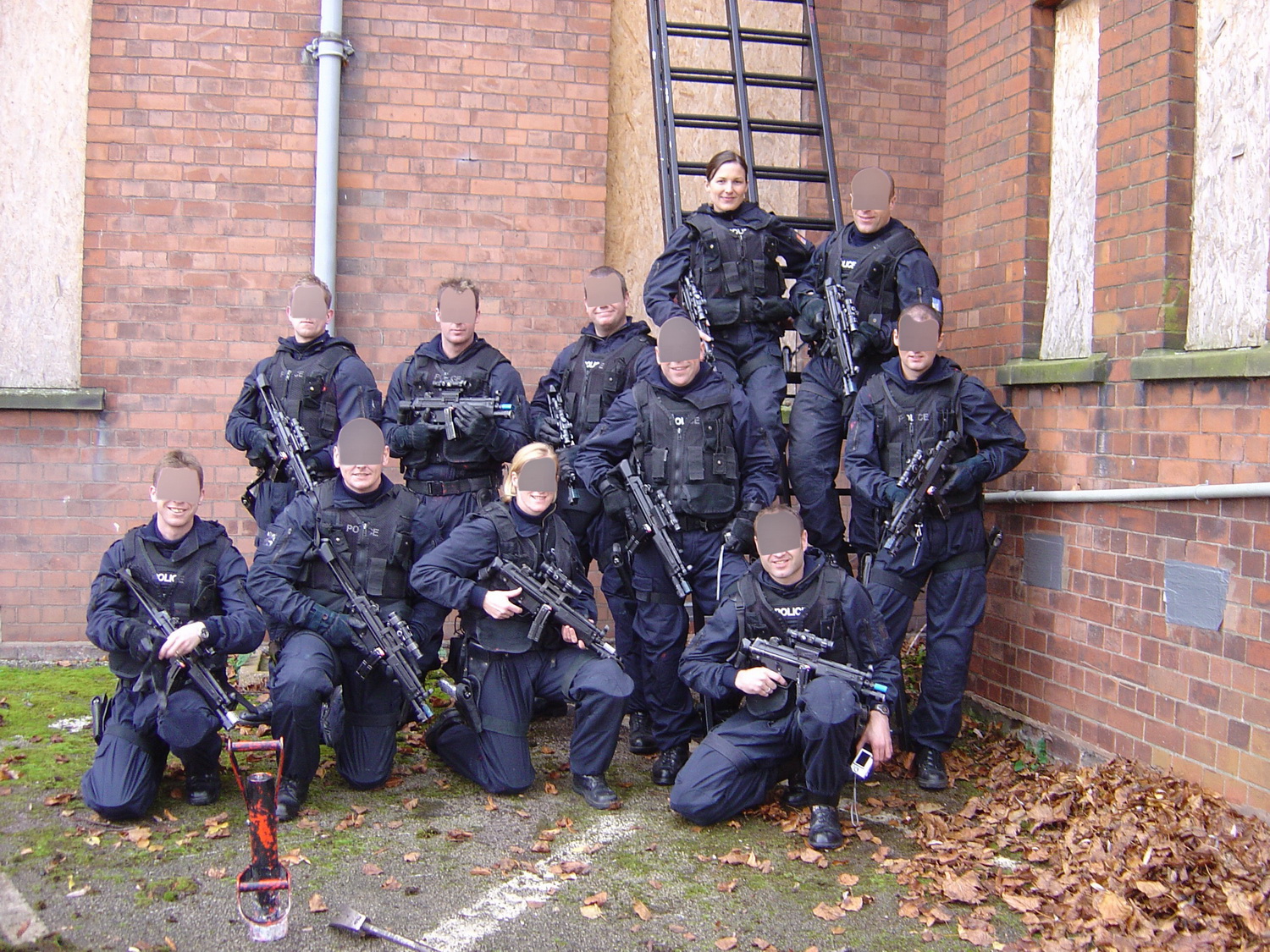 In all honesty it wasn’t easy to start with but gradually I became a distinguished member of the team. There were a few other females at that time so I wasn’t the only female by a long shot. There were no extra allowances or adaptations for females, you really did have to do exactly the same as everyone else. Including trying to go the bathroom with full blacks, tac vest and low ride on. This is not a quick process by any means. The first ever range that I shot on, only had one bathroom, yes, this was for everyone! The locker room was mixed and everyone got changed together. This did progress over the 5 yrs that I was on the team and by the time that I left things had developed and moved on for the better.

During my 5 years I took part in numerous deployments both overt and covert. Being a female I was regularly picked to be on the MASTS team which I enjoyed. Members of the firearms team also had to cover the ARV when staffing was short, I have some fond memories of these duties. I look back on my 5years firearms experience with a mixture of emotions from experiencing situations that I probably never will again in my life and feeling extremely fortunate but with an element of constant pressure, there was always a test or performance criteria that had to be assessed and passed: eyes, ears, drugs test, annual exam, 3 monthly classification, fitness test, every training day was an assessment on your judgement or performance. Firearms is not a role that you can lapse or relax in. Rightly so, it’s a constant assessment.

I left the Tactical Support Team (the name had changed) in October 2005 when I was promoted to the rank of Sergeant. Since that time I have worked in numerous operational roles, I am currently a Neighbourhood Policing Commander, a Chief Inspector, Post Incident Manager, proud mum and wife.

With my experience in Armed Policing I have always wanted to  be a Post incident Manager. The PIM process had begun in its development stage by the time that I had left firearms so I had a good understanding of what this was and what it entailed. As a previous custody manager I had also been involved in the inquest following 2 deaths in custody at my custody suite so knew how the process could assist staff in putting a bubble of protection around them when they most needed it.

I’m enthusiastic in supporting women and men in all aspects of policing, as a qualified coach, nothing pleases me more than been able to use my experience or knowledge to help others.

Women in firearms is an area that I especially want to support, in my experience there are lots of women out there that have a real interest in this area of Policing but need that extra bit of support to kick start their journey. These are the Officers that I want to be able to support and provide that encouragement towards. I have been deployed on live firearms incidents both on team and ARV deployments where I can honestly say that being a female has had a positive influence on the safe resolution of the incident. There is a real operational need for capable and competent women in this area and I would encourage you to consider Armed Policing as a career. 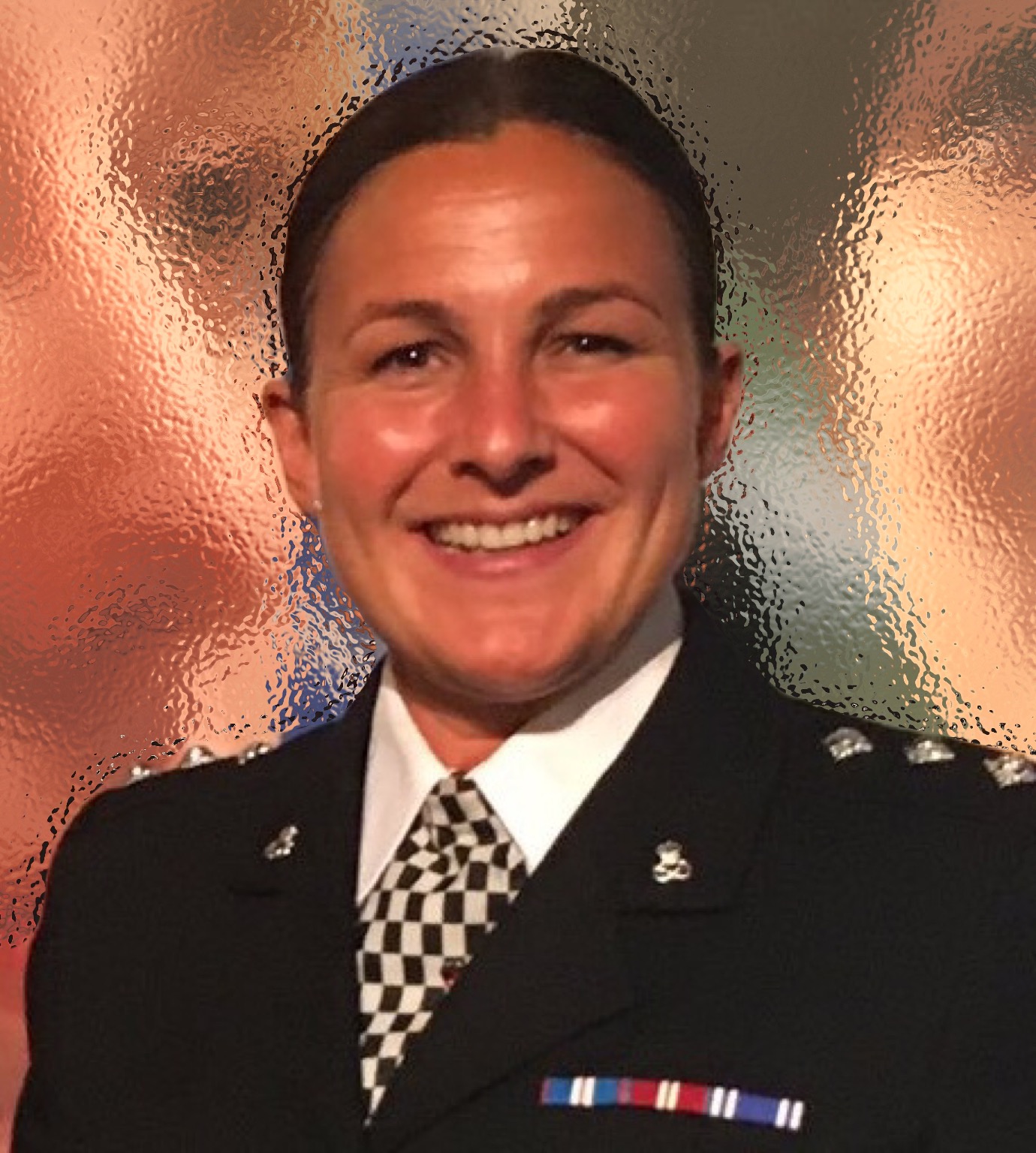 ARV wellbeing welfare College of Policing NPCC West Mids Police Police Scotland PFEW Home Office AFO Armed Police Numbers WSP Armed Police illegal firearms Metropolitan Police Terror attack Assault on Police Firearms Officers PTSD Terror Threat Protect The Protectors Welfare Support Programme Mental Health Taser PFOA
I have recently been medically retired from the police with PTSD following a serious injury on duty a few years ago. I would not be here if it was not for the PFOA - they literally saved my life. In February 2017 I was long-term sick off of work and I was in a very bad place. Whilst I have been unable to continue as a serving officer, I will forever be indebted to the PFOA. I will never be able to repay them for all that they did. All I can say is thank you so much from me and my family.
PFOA assisted by offering counselling/coaching support to officer’s family. A respite break was granted to allow the officer and his family to get away and spend some valuable time together as a family unit.
The PFOA purchased a new cross trainer and have loaned this to the officer to enable him to remain active and hopefully return to Ops.
PFOA arranges support for the officers involved prior to the Inquest and after by way of a respite breaks and NLP Coaching or Counselling.
I would like to personally thank the PFOA for the gifts we received for our daughter. The timing could not have been better. the week the gifts arrived, she had lost her hair and was due to go back to hospital for her next round of chemotherapy treatment which she was not looking forward to. Opening the parcel put a big smile back on her face for two reasons. firstly, because you had chosen as gifts exactly what she would have chosen for herself. But secondly and more importantly, because she realised other people ere also thinking of her and willing her to get better. People she had never met.
Thank you so much for the shopping vouchers, they will come in very handy. Thank you for helping my daddy to be himself again. Keep helping police officers because some people don’t understand how hard it can be and they are doing a great thing.
This act of kindness was greatly appreciated by us both at what is a very difficult time for our family.
© 2017 PFOA - Police Firearms Officers Association Head Office: Chatteris Police Station, 18 East Park Street, Chatteris, Cambridgeshire PE16 6LD - Tel: 01354 697 890 - Email: info@pfoa.co.uk Registered Charity No.1139247 Company No. 07295737