May 16 Posted by PFOA Admin in Police Firearms Officers Association 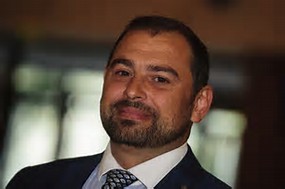 More than half (60%) of officers say that there is insufficient time to deliver a service to the public that they can be proud of, which is causing morale to be low, based on results from our welfare, demand and capacity survey.

Che Donald, PFEW lead for mental health was speaking on the first day of our annual conference about the impact that the demands and capacity of the job are having on police officers.

The session on police welfare included further results from the survey, completed by nearly 16,000 officers last year. Some of the key findings of the survey are:

•39% of police officers reported suffering from work-related stress - that compares worryingly to the UK workforce figure of 16%, and the UK civil service survey, of which just 14% of respondents said they viewed their job as very or extremely stressful

•The vast majority of respondents (90%) admitted to working on one or more occasions while not well enough physically, and 65% worked while not feeling up to it mentally.

•Some 59% of respondents had used leave or holiday to get over a bout of physical or psychological ill-health.

Also speaking during the session were Chief Constable and Chair of NPCC Sara Thornton, Sir Tom Winsor and Matthew Scott, the APCC's lead for mental health.  All were asked, what their plans were to help provide support to officers and a service that is on its knees.

CC Thornton outlined her priorities and said that the NPCC's main focus was to engage better with officers, saying: "As they are the ones who are on the ground doing the job and sometimes it is not always a case of 'boss knows best'.  Forces also need to ensure that officers can talk about mental health and not forget that officers are people and have feelings too."

During the session, a poll was undertaken via the event app, asking delegates: Is your force doing enough to provide access to the necessary assistance for officers and staff who need support for mental health - 86% responded that they felt that their force was not doing enough.

Mr Donald said: "As with any large organisation such as a police force, there exists a duty of care to look after your staff, one would therefore expect that there are sufficient facilities available to provide the appropriate level of support to officers when they need it. Sadly from the results of our welfare survey we found that this isn’t necessarily the case."