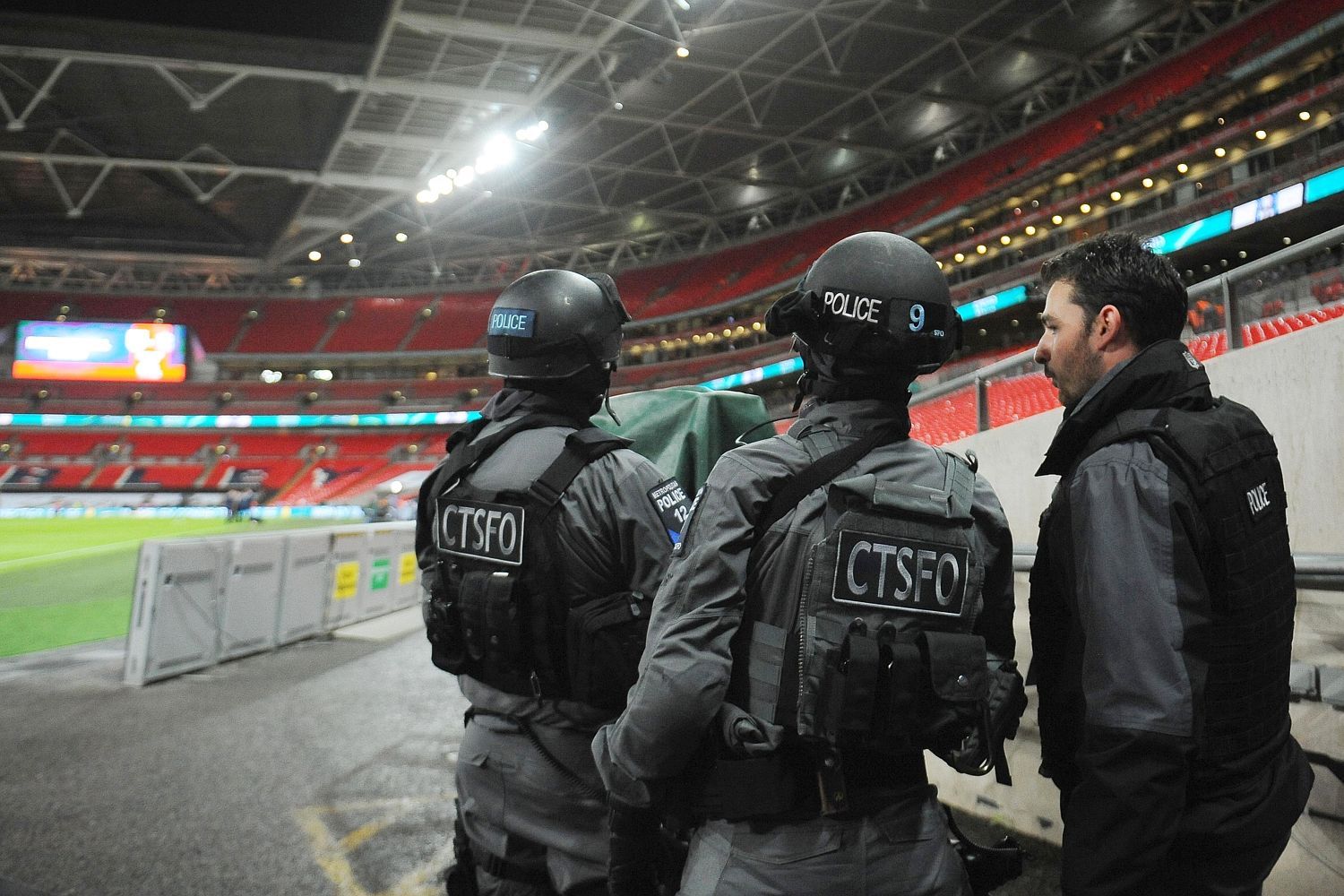 The senior UK counter-terrorism officer at Scotland Yard has warned the terror threat level will remain at severe for at least the next five years.

Metropolitan Police Deputy Assistant Commissioner Neil Basu said the risk posed to the UK from terrorists was "an unknown threat in our midst".

He warned isolated communities and unregulated schooling in the UK were a "breeding ground" for extremism.

There are currently about 600 active counter-terrorism investigations.

Mr Basu said it had been a "summer like no other", with four terror attacks in three months in London and Manchester.

The UK's terror threat level has been at severe since October 2014, apart from a short period when it was raised to critical following the Manchester Arena attack.

Twenty-two people died when a suicide bomber blew himself up after an Ariana Grande concert on 22 May.

Mr Basu said he did not think the threat level would change before he retired in 2022, adding there had been a "shift" in the amount of investigative activity.

In the week after the attack in Manchester, 3,000 calls were made to the anti-terrorism hotline.

Addressing the Police Superintendents' Association annual conference, the deputy assistant commissioner said the authorities could not "arrest their way" out of terrorism because there would be a "revolving door" of suspects.

He called for more resources to be devoted to the Prevent strand of the government's counter-terrorism strategy, which he described as its "most important pillar".

Mr Basu said the danger of attacks from overseas had been replaced by the threat posed by home-grown terrorists.

"The threat was the traveller or the returning fighter, who was battle-hardened and even angrier, but now it's the threat in our midst," he said.

He added: "There is also a definite problem in segregated and isolated communities and with what I think is an even more extreme second generation."

Mr Basu warned that disenfranchised people were being radicalised by propaganda on their smartphones, delivered in "six-second soundbites through their handheld devices 24/7".

He emphasised the importance of neighbourhood policing and response officers who had helped to deal with the recent terror attacks.

"That's why we can't afford further cuts to wider policing, even if we remain safe with the CT [counter-terrorism] grant," he said.

Terror attack AFO WSP Police Scotland Armed Police Firearms Officers Armed Police Numbers wellbeing Mental Health IPCC PTSD illegal firearms Terror Threat Welfare Support Programme PFEW PSNI Assault on Police Metropolitan Police Protect The Protectors West Mids Police welfare PFOA Home Office ARV Taser
I have recently been medically retired from the police with PTSD following a serious injury on duty a few years ago. I would not be here if it was not for the PFOA - they literally saved my life. In February 2017 I was long-term sick off of work and I was in a very bad place. Whilst I have been unable to continue as a serving officer, I will forever be indebted to the PFOA. I will never be able to repay them for all that they did. All I can say is thank you so much from me and my family.
PFOA assisted by offering counselling/coaching support to officer’s family. A respite break was granted to allow the officer and his family to get away and spend some valuable time together as a family unit.
The PFOA purchased a new cross trainer and have loaned this to the officer to enable him to remain active and hopefully return to Ops.
PFOA arranges support for the officers involved prior to the Inquest and after by way of a respite breaks and NLP Coaching or Counselling.
I would like to personally thank the PFOA for the gifts we received for our daughter. The timing could not have been better. the week the gifts arrived, she had lost her hair and was due to go back to hospital for her next round of chemotherapy treatment which she was not looking forward to. Opening the parcel put a big smile back on her face for two reasons. firstly, because you had chosen as gifts exactly what she would have chosen for herself. But secondly and more importantly, because she realised other people ere also thinking of her and willing her to get better. People she had never met.
Thank you so much for the shopping vouchers, they will come in very handy. Thank you for helping my daddy to be himself again. Keep helping police officers because some people don’t understand how hard it can be and they are doing a great thing.
This act of kindness was greatly appreciated by us both at what is a very difficult time for our family.
© 2017 PFOA - Police Firearms Officers Association
Head Office: Chatteris Police Station, 18 East Park Street, Chatteris,
Cambridgeshire PE16 6LD - Tel: 01354 697 890
Email: info@pfoa.co.uk