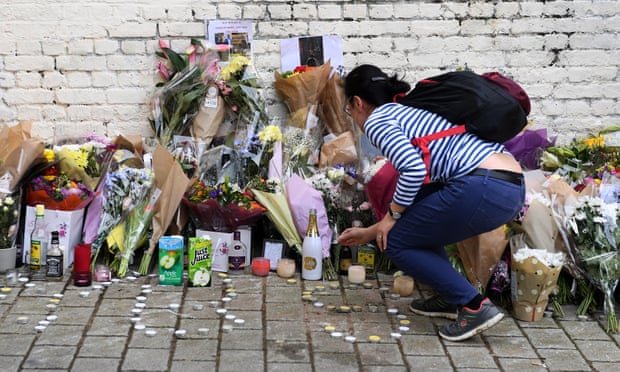 The number of stabbing victims with life-threatening injuries treated by specialist trauma doctors has increased by 34% in two years, according to NHS figures obtained by the Guardian.

Doctors are also reporting an increase in the severity of attacks, with victims increasingly arriving in hospital with multiple puncture wounds

“Previously we used to see one or two wounds per victim. Now we are frequently seeing multiple wounds, five or sometimes 10 stab injuries on a single patient,” said Dr Ross Davenport, a consultant trauma and vascular surgeon at the Royal London hospital in Whitechapel, east London

At King’s College hospital in London, the number of adults treated for knife wounds rose from 249 in 2015-16 to 406 last year. The capital’s three other major trauma centres also saw big increases over the same two-year period.

Other cities have also seen the same trend. At Southampton general hospital, cases have almost doubled in the past two years, with the number of adults rising from 68 to 134 and under-18s from seven up to 13.

Hospitals have also treated more child stabbing victims. At the South Tees trust, they rose from 10 in 2015-16 to 26 last year; and from three to 12 at Oxford’s John Radcliffe hospital.

Dr Taj Hassan, the president of the Royal College of Emergency Medicine, which represents A&E doctors, said: “The rise in knife crime in England is a source of serious concern both for the society we live in and for those of us who have to help care for the injured and their relatives where life, often young life is being so tragically lost.

“Victims of knife crime have a wide spectrum of presentations especially those who suffer chest injuries. Patients can have a seemingly innocuous stabbing, be initially well and then deteriorate rapidly to ‘talk and die’. At the other end of the spectrum, they can suffer a cardiac arrest at the scene and die within minutes. The clinician caring for patients with a stabbing must have a high index of suspicion at all times.”

The revelations follow official crime figures that showed a big rise in violent crime in England and Wales over the past year, including the largest number of knife offences on record – 39,332 in the year to June, up 12% in a year.

Trauma surgeons recently warned that some hospitals were running low on blood supplies because of the “epidemic” of people being stabbed and that “spikes” of violence often coincided with the end of the school day.

Ch Supt Ade Adelekan, the head of the Metropolitan police’s violent crime taskforce, said earlier this month: “People involved in violence are getting younger while the level and ferocity of attacks is getting worse, and I do not know why that is.”