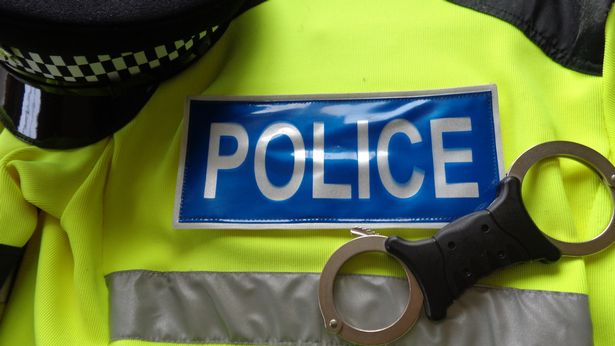 Mental health is becoming less of a taboo subject in conversation, though mental health in the workplace is still a difficult subject to broach.

There are many assumptions about certain professions, and in most circumstances, we see someone as the role they stand in, and not as a real human being with emotions.

A journalist is a gossip only out for the next big scoop; a banker is a money-grabbing crook; and a police officer will look for any excuse to lock someone up.

These stereotypes affect the way people are treated in these roles, and it can damage the emotional stability of some.

At this charitable time of the year, it’s easy to forget about the people working overtime, with incredibly difficult jobs.

Police officers are the first port of call for every citizen, they are first to the scene when there’s an emergency, and they must make split-second decisions with huge consequences, have immense authority, and put up with all sorts of behaviour from society.

To shed some light on the struggles of police officers, Brian Murphy, Response Sergeant for south Ceredigion, opened up about the difficulties he has faced over his 23 years of service.
I met with him in Carmarthen at the Ivy Bush Royal Hotel restaurant.

Given the sensitive nature of our chat, I was conscious of how public a restaurant was, but Mr Murphy wasn’t phased.

He took a deep breath, and began: “We get given training on identifying people who are in mental stress, so we get an awareness about different disorders, like bipolar disorders, anxiety, psychosis, depression, PTSD, hearing voices, hallucinations, so that we can deal with those members of the public in terms of detaining them, and looking after them, and about how to work with other agencies to work with them and support them.

“What we’re not quite so good at is the training and support for ourselves. We do the job that we do, and have to deal with lots of traumatic incidents.

“Mind did a survey and found that nine out of 10 officers suffered some kind of stress issue as a result of their work. So it can affect us.”

He paused to let that sink in, the number is enormous. Despite being the largest policing area in England and Wales, Dyfed-Powys has the third smallest force, with only around 1,183 full-time officers. One-tenth, means that only around 110 officers were not affected.

Mr Murphy continued, matter-of-fact: “So where can we get help? The Dyfed-Powys occupational help department has been really good, and the rehabilitation centre in Flint House as well which does physical and mental wellbeing.

“A couple of examples, one which is not an unusual experience.

“I went to a suicide, and I had to go from that to tell his daughter, and his daughter was the same age as my daughter, a teenager, and that was like telling my daughter that her father was dead.”
Mr Murphy’s eyes welled up, and he laughed: “Don’t worry about me crying, I’ve bottled up a lot of my emotions for a long time, and they can, and do, erupt.

“Emotionally, in our jobs we have to go from being sympathetic to compassionate, to authoritarian very quickly.

“Take for example a prisoner, if we have a violent prisoner in a violent arrest, we have to get that person under control, and then we have to think ‘I’ve got to look after his welfare’.

“Firearms officers have to shoot someone, and then they give them first aid.

“You’ve got all these emotions in your body.”

Mr Murphy took a deep breath, before focusing on his next statement.

“How do we deal with that? That’s a difficult question. To each their own.

“I attended one a number of years ago, of a body pulled out the river, and you couldn’t identify whether it was male or female because the body was so badly decomposed. But then I had to go and tell the family, and even worse, that the body was in no condition for them to go and see their loved one.

“I can talk about it with my colleagues, because they’ve been there they understand, they get it.

“If you’ve never been there, it’s difficult to get a full appreciation of what it’s like.”
I asked Mr Murphy about the daily abuse officers experience, and how it affects them.

“When someone is being aggressive towards you, it’s a very difficult thing, your instinct might be to punch their lights out, and be even more aggressive than they are, but you have to be able to justify it.”

Penny Cram, Mind Cymru’s Blue Light Senior Programme Officer for Wales, said: “According to our own research, 91% of police personnel have experienced stress, low mood or poor mental health while working for the police service – and 61% of the police respondents had personal experience of mental health problems.

“This was the highest of all emergency services.

“Our Blue Light programme provides information designed in consultation with the emergency services, enabling staff to better understand and manage their mental wellbeing.

“We help create and support a network of champions to challenge stigma and discrimination in their own workplaces, and train champions to support their peers and to tell their own story in a way that makes a difference, through our Peer Support and Speaking Up Speaking Out training.”

Mr Murphy continued: “Colleagues are a main area of support. Being able to speak to each other, being open and honest, and having that trusting relationship with your colleagues.”
Mr Murphy emphasised that his mental stress was due to a number of causes – the job, and his personal life.

“We do have some good support mechanisms, Flint House, occupational health, Mind’s blue light programme, and each of those will have links to specialist counselling programmes, psychotherapists, chaplains in the police services, and they are brilliant. And your colleagues, your family, friends.

I’ve got a retired police officer friend, we’ll chat about stories, and he can speak openly to me, sometimes about things he can’t tell his wife, and I’m the same.

“Because his wife just doesn’t get it, it doesn’t resonate with her.

“What is important for people to realise, is that we are more than just a uniform.”

Armed Police PFEW Metropolitan Police Firearms Officers Terror attack Welfare Support Programme NPCC WSP AFO wellbeing West Mids Police welfare PFOA Protect The Protectors Mental Health IPCC Home Office Armed Police Numbers illegal firearms PTSD Police Scotland Taser Terror Threat Assault on Police ARV
I have recently been medically retired from the police with PTSD following a serious injury on duty a few years ago. I would not be here if it was not for the PFOA - they literally saved my life. In February 2017 I was long-term sick off of work and I was in a very bad place. Whilst I have been unable to continue as a serving officer, I will forever be indebted to the PFOA. I will never be able to repay them for all that they did. All I can say is thank you so much from me and my family.
PFOA assisted by offering counselling/coaching support to officer’s family. A respite break was granted to allow the officer and his family to get away and spend some valuable time together as a family unit.
The PFOA purchased a new cross trainer and have loaned this to the officer to enable him to remain active and hopefully return to Ops.
PFOA arranges support for the officers involved prior to the Inquest and after by way of a respite breaks and NLP Coaching or Counselling.
I would like to personally thank the PFOA for the gifts we received for our daughter. The timing could not have been better. the week the gifts arrived, she had lost her hair and was due to go back to hospital for her next round of chemotherapy treatment which she was not looking forward to. Opening the parcel put a big smile back on her face for two reasons. firstly, because you had chosen as gifts exactly what she would have chosen for herself. But secondly and more importantly, because she realised other people ere also thinking of her and willing her to get better. People she had never met.
Thank you so much for the shopping vouchers, they will come in very handy. Thank you for helping my daddy to be himself again. Keep helping police officers because some people don’t understand how hard it can be and they are doing a great thing.
This act of kindness was greatly appreciated by us both at what is a very difficult time for our family.
© 2017 PFOA - Police Firearms Officers Association
Head Office: Chatteris Police Station, 18 East Park Street, Chatteris,
Cambridgeshire PE16 6LD - Tel: 01354 697 890
Email: [email protected]