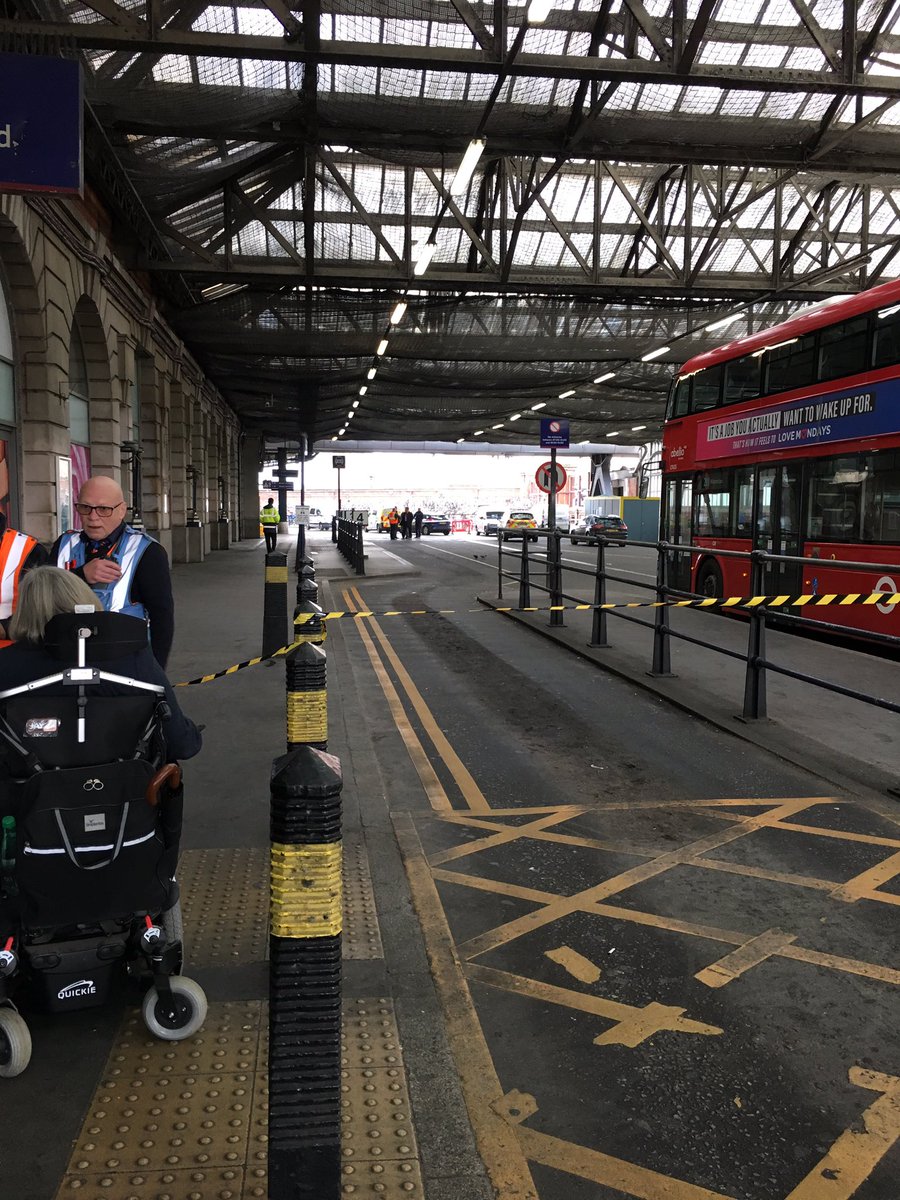 Officers were called to Waterloo Station, London City Airport and a building near to Heathrow Airport in separate incidents within hours of each other earlier today.

Specialist officers have assessed the packages, which were found to be "small improvised explosive devices".

Officers say they are treating the incidents as "a linked series" but are "keeping an open mind regarding motives".

In a statement, the force said: "The Met Police Counter Terrorism Command has launched an investigation after three suspicious packages were received at buildings in London.

"The packages - all A4-sized white postal bags containing yellow Jiffy bags - have been assessed by specialist officers to be small improvised explosive devices.

"These devices, at this early stage of the investigation, appear capable of igniting an initially small fire when opened.

"The Met Police Counter Terrorism Command is treating the incidents as a linked series and is keeping an open mind regarding motives."

Police are still assessing the situation at Waterloo and at City airport, but say a package found at Heathrow has been "made safe".

They have not yet said whether there is a link between the reports.

A staff building at London City Airport was evacuated as a precaution but the airport tweeted to say there was no impact on flights.

Train services at Waterloo are still running as normal.

"At approximately 09.55, police received a report of a suspicious package at The Compass Centre, Nelson Road, Hounslow," the force said of the incident at Heathrow.

"The building was evacuated as a precaution. Specialist officers attended and the package was made safe.

"At approximately 12.10 today, police were called to a report of a suspicious package at London City Airport Aviation House, Royal Docks, Newham.

"Specialist officers are at the scene. The building has been evacuated as a precaution. Enquiries are ongoing."

In a statement about the incident at Waterloo, British Transport Police said: "We were called to Waterloo station at 11.40am today following reports of a suspicious package.

"The item is currently being assessed by specialist teams.

"Cordons are in place, however train services continue to operate as normal at this time."

South Western Rail have said a small cordon is in place but services are still running.

Police Scotland PTSD PFEW Terror Threat West Mids Police PSNI wellbeing Welfare Support Programme Mental Health Armed Police Numbers Armed Police Taser Home Office welfare Terror attack Firearms Officers AFO IPCC illegal firearms PFOA WSP Metropolitan Police ARV Protect The Protectors Assault on Police
I have recently been medically retired from the police with PTSD following a serious injury on duty a few years ago. I would not be here if it was not for the PFOA - they literally saved my life. In February 2017 I was long-term sick off of work and I was in a very bad place. Whilst I have been unable to continue as a serving officer, I will forever be indebted to the PFOA. I will never be able to repay them for all that they did. All I can say is thank you so much from me and my family.
PFOA assisted by offering counselling/coaching support to officer’s family. A respite break was granted to allow the officer and his family to get away and spend some valuable time together as a family unit.
The PFOA purchased a new cross trainer and have loaned this to the officer to enable him to remain active and hopefully return to Ops.
PFOA arranges support for the officers involved prior to the Inquest and after by way of a respite breaks and NLP Coaching or Counselling.
I would like to personally thank the PFOA for the gifts we received for our daughter. The timing could not have been better. the week the gifts arrived, she had lost her hair and was due to go back to hospital for her next round of chemotherapy treatment which she was not looking forward to. Opening the parcel put a big smile back on her face for two reasons. firstly, because you had chosen as gifts exactly what she would have chosen for herself. But secondly and more importantly, because she realised other people ere also thinking of her and willing her to get better. People she had never met.
Thank you so much for the shopping vouchers, they will come in very handy. Thank you for helping my daddy to be himself again. Keep helping police officers because some people don’t understand how hard it can be and they are doing a great thing.
This act of kindness was greatly appreciated by us both at what is a very difficult time for our family.
© 2017 PFOA - Police Firearms Officers Association
Head Office: Chatteris Police Station, 18 East Park Street, Chatteris,
Cambridgeshire PE16 6LD - Tel: 01354 697 890
Email: [email protected]