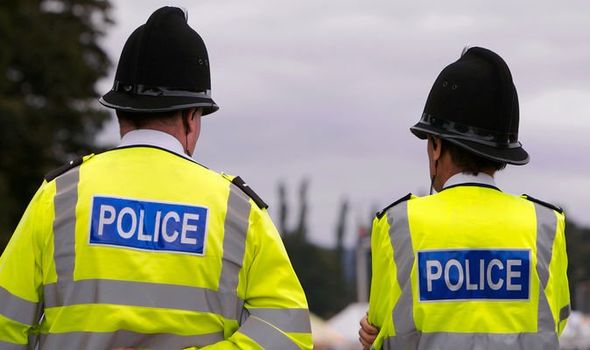 SUICIDAL police officers are going out on emergency jobs because they are too busy to ask for help.

A number of officers surveyed during their shifts said they had considered taking their lives in the past three weeks but were still on the frontline, a senior police chief warned. Andy Rhodes, chief constable of Lancashire Police, said a survey of 18,000 officers found one in five were suffering post-traumatic stress disorder due to horrors they see on a daily basis.

Mr Rhodes, who heads the new National Police Wellbeing Service, said it was assessing 5,000 officers on top of the survey of 18,000.

He told the Police Superintendents’ Annual Conference in Stratford-upon-Avon last week: “We have found through psychological screening that we have got people scoring critical levels.

“We had people come in with critical levels of blood pressure just about to go to a job. Some have filled out that they have considered taking their own life in the past three weeks, but they filled it out themselves while they were on their way to a job.”

He said officers were reluctant to seek help from occupational health teams because they were too busy and due to a “hero culture” in the service.

The NPWS now has four wellbeing vans which are being sent out to major incidents to support officers through trauma, with six more on order.

Mr Rhodes said: “We have people in there who can refer them. You have got to take the coals to Newcastle, because people do not want to walk into your site through the organisation’s corridors to occupational heath yet.”

He said the average person faces an average of four major traumatic events in their life, but police officers could face hundreds each year.

He added: “Our people experience excessive levels of trauma and we see that trip people into crisis over more minor things like debt or having their locker moved.

“The survey of 18,000 staff found up to 20 per cent of our police have got PTSD or complex PTSD, and that is huge. Working excessive hours, there is an element of that in the job from time to time, but if it happens consistently and becomes the accepted norm that is a problem.”

Recent high-profile attacks on officers, including the death of Andrew Harper who was dragged by a car when responding to a burglary last month, have led to calls from many for all police to be armed with Tasers.

Mr Rhodes said: “If our people are saying they will not put themselves in harm’s way unless you equip them with a Taser, then that is a debate we need to have as we still want them stopping three people in a car at 3am, don’t we?

“The NPWS has worked with organisations in Australia, Canada and the US to develop its programme.

“They are all fully armed and there is a very ‘Big Strong’ culture level there and self-harm and suicide are very high. We have spent a lot of time on a peer support model.”

There are signs the tide may be turning. At Lancashire Police, occupational health referrals for psychological issues have risen from 120 to around 600 a year.

Katy Bourne, chairwoman of the Association of Police and Crime Commissioners, told the conference that officer wellbeing had to be at the heart of any force’s strategy.

But she said a crisis in the whole criminal justice system needed to be fixed as thousands of hours of officer time were being wasted on cases that never make it to court.

She said: “Think of the criminal justice system as an established ecosystem, perhaps a bit like the Great Barrier Reef. From a distance it looks like this magnificent edifice that we hold dear and stands the test of time.

“But, as you look more closely, we see the infrastructure is tired and worn out.

“The creatures that depend on it do their best to carry on with less resources and less success, leaving the most vulnerable exposed.

“Put simply, there are far too few convictions at the end of the criminal justice process, which is affecting police decisions and resource allocations, undermining public confidence and embroiling criminals.

“If we just carry on as we are there will be diminishing results, leaving crime victims with justice delayed and denied.”

welfare ARV WSP Metropolitan Police College of Policing Taser PFOA Police Scotland PFEW PTSD Firearms Officers Welfare Support Programme wellbeing Home Office Assault on Police AFO Protect The Protectors Mental Health Armed Police Numbers Terror attack Armed Police Terror Threat illegal firearms IPCC West Mids Police
I have recently been medically retired from the police with PTSD following a serious injury on duty a few years ago. I would not be here if it was not for the PFOA - they literally saved my life. In February 2017 I was long-term sick off of work and I was in a very bad place. Whilst I have been unable to continue as a serving officer, I will forever be indebted to the PFOA. I will never be able to repay them for all that they did. All I can say is thank you so much from me and my family.
PFOA assisted by offering counselling/coaching support to officer’s family. A respite break was granted to allow the officer and his family to get away and spend some valuable time together as a family unit.
The PFOA purchased a new cross trainer and have loaned this to the officer to enable him to remain active and hopefully return to Ops.
PFOA arranges support for the officers involved prior to the Inquest and after by way of a respite breaks and NLP Coaching or Counselling.
I would like to personally thank the PFOA for the gifts we received for our daughter. The timing could not have been better. the week the gifts arrived, she had lost her hair and was due to go back to hospital for her next round of chemotherapy treatment which she was not looking forward to. Opening the parcel put a big smile back on her face for two reasons. firstly, because you had chosen as gifts exactly what she would have chosen for herself. But secondly and more importantly, because she realised other people ere also thinking of her and willing her to get better. People she had never met.
Thank you so much for the shopping vouchers, they will come in very handy. Thank you for helping my daddy to be himself again. Keep helping police officers because some people don’t understand how hard it can be and they are doing a great thing.
This act of kindness was greatly appreciated by us both at what is a very difficult time for our family.
© 2017 PFOA - Police Firearms Officers Association
Head Office: Chatteris Police Station, 18 East Park Street, Chatteris,
Cambridgeshire PE16 6LD - Tel: 01354 697 890
Email: info@pfoa.co.uk