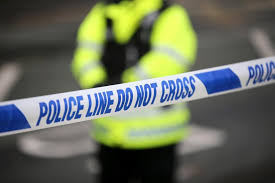 Delegates to the Federation’s second annual Post Incident Procedures (PIPs) seminar have been hearing from a range of guest speakers and experts.  Hosted by Che Donald, firearms lead for the Police Federation of England and Wales (PFEW), the two-day event is taking place in Staffordshire and is sponsored by Axon, makers of the X2 Taser.

DCC Simon Chesterman, firearms lead for the National Police Chiefs’ Council (NPCC) spoke via video to stress that deaths involving firearms officers are “thankfully extremely rare” but when they happen it is essential that police follow established Authorised Professional Practice (APP) to protect themselves. He said that it should not always be necessary to separate officers in a PIP situation, particularly with the advent of body worn video creating a record.
Delegates were told that the number of road fatalities involving police contact stands at 32 in the last year, and deaths in custody at 55, far in excess of six firearms fatalities – yet there is no APP for custody or roads policing.

Tim Godwin, representing the Independent Police Complaints Commission (IPCC) gave his reassurance that the IPCC is making efforts to speed up its investigations and invite challenge if it appears to falter. He discussed the forthcoming IPCC restructure and best PIPs practice, adding: “When we talk about separation of officers in a post incident situation we don’t mean isolation – they should have access to a Federation Rep and support – this is purely to maintain integrity.”

The seminar heard from Gill Scott-Moore of the Police Dependants’ Trust, and neuropsychology expert, Dr Jess Miller. She explained that understanding around how a brain operates after a critical or traumatic incident has come on leaps and bounds in recent years. Dr Miller expressed concern that officers in PIP situations are often being required to give their account of what happened “too soon”, without allowing the brain sufficient time and rest to process.

Later in the day, Detective Chief Superintendent Chris Mead and Temporary Chief Inspector Julia Hands from Cambridgeshire Constabulary, delivered a detailed account of their role as Post Incident Managers into a fatal shooting. They covered issues such as post trauma triage and how to safeguard the anonymity of officers involved.

In response to feedback from last year’s event, delegates were faced with PiP scenarios by Dave Blocksidge of Mind Your Evidence, an independent organisation which looks at expert witness testimony and memory training solutions. Mr Blocksidge is due to deliver a session on Body Worn Video and recall on day-two.

Police Scotland Home Office WSP Terror Threat wellbeing PSNI Taser welfare Terror attack AFO Welfare Support Programme illegal firearms Metropolitan Police Protect The Protectors PFEW PFOA Firearms Officers Mental Health Assault on Police PTSD ARV Armed Police West Mids Police Armed Police Numbers IPCC
I have recently been medically retired from the police with PTSD following a serious injury on duty a few years ago. I would not be here if it was not for the PFOA - they literally saved my life. In February 2017 I was long-term sick off of work and I was in a very bad place. Whilst I have been unable to continue as a serving officer, I will forever be indebted to the PFOA. I will never be able to repay them for all that they did. All I can say is thank you so much from me and my family.
PFOA assisted by offering counselling/coaching support to officer’s family. A respite break was granted to allow the officer and his family to get away and spend some valuable time together as a family unit.
The PFOA purchased a new cross trainer and have loaned this to the officer to enable him to remain active and hopefully return to Ops.
PFOA arranges support for the officers involved prior to the Inquest and after by way of a respite breaks and NLP Coaching or Counselling.
I would like to personally thank the PFOA for the gifts we received for our daughter. The timing could not have been better. the week the gifts arrived, she had lost her hair and was due to go back to hospital for her next round of chemotherapy treatment which she was not looking forward to. Opening the parcel put a big smile back on her face for two reasons. firstly, because you had chosen as gifts exactly what she would have chosen for herself. But secondly and more importantly, because she realised other people ere also thinking of her and willing her to get better. People she had never met.
Thank you so much for the shopping vouchers, they will come in very handy. Thank you for helping my daddy to be himself again. Keep helping police officers because some people don’t understand how hard it can be and they are doing a great thing.
This act of kindness was greatly appreciated by us both at what is a very difficult time for our family.
© 2017 PFOA - Police Firearms Officers Association
Head Office: Chatteris Police Station, 18 East Park Street, Chatteris,
Cambridgeshire PE16 6LD - Tel: 01354 697 890
Email: [email protected]