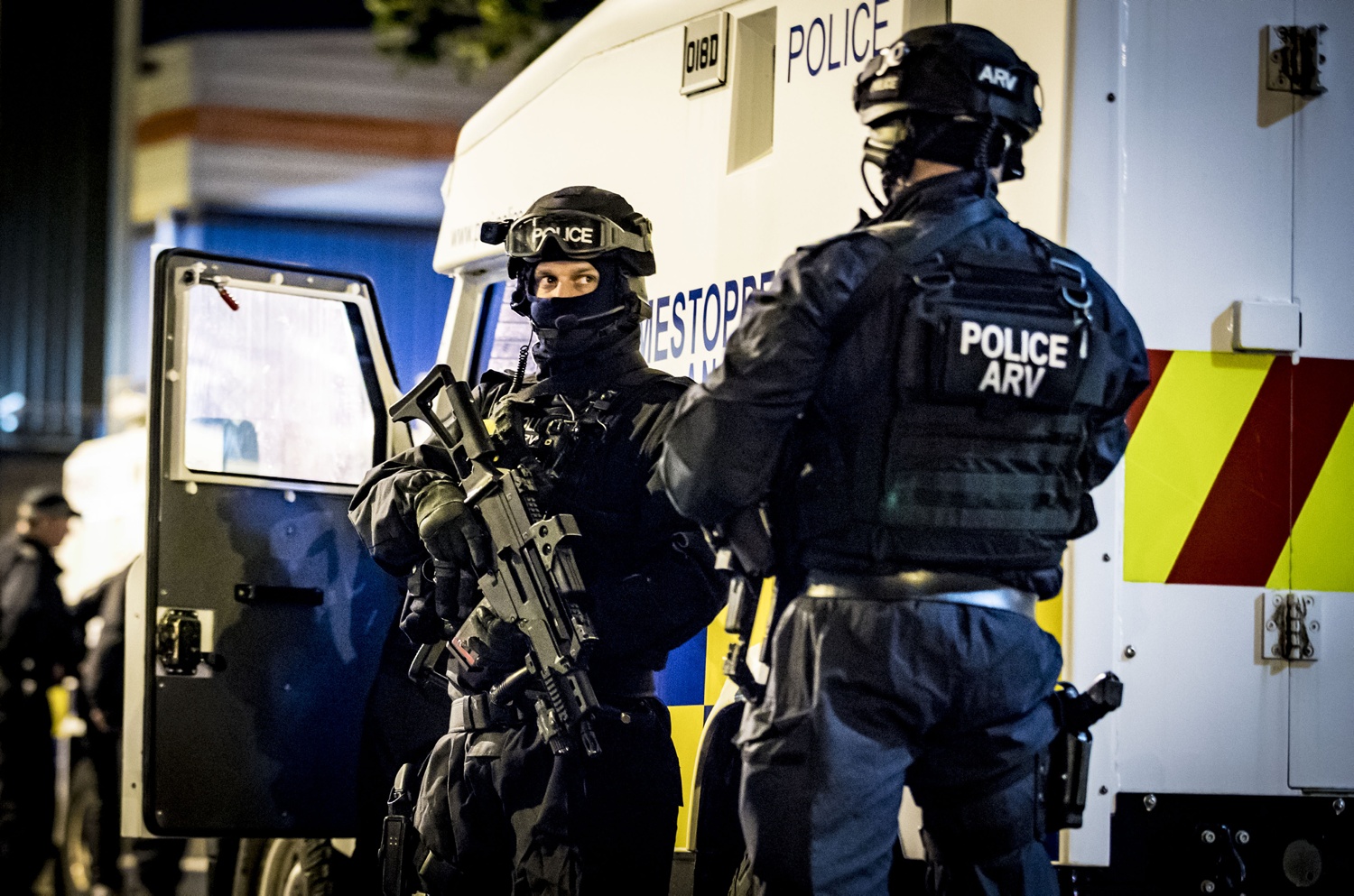 Officers came under attack with missiles and petrol bombs in three consecutive nights of violence in the North Queen Street area.

A senior police officer has described scenes in three consecutive nights of disorder in north Belfast as “reckless, dangerous and unacceptable criminal behaviour”.

Stones, missiles and petrol bombs were thrown at officers amid the disorder in the North Queen Street area.

Superintendent Melanie Jones described a “small group of people” as being involved, but said she believes there is an element orchestrating the trouble.

She said she believes teenagers and young people aged in their early twenties were being encouraged to draw police into confrontation.

“For the third night in a row, the community of North Belfast has been subjected to anti-social behaviour and criminal behaviour in the North Queen Street area,” she said.

“Local people have the right to feel safe and secure in their own homes, local people also have the right to expect that their local police are able to respond to their calls for assistance without being hindered by reckless, dangerous and unacceptable criminal behaviour.

“I have personally reviewed our operational plans and want to reassure our communities that there will be specific dedicated officers deployed into the area this evening. That’s a combination of local neighbourhood officers supported by specialist officers and evidence-gathering teams.

“I have also dedicated resources to the investigation and we are following dedicated lines of inquiry.

“Those involved in last night’s incident and the previous nights should expect further investigation and where the evidence exists, we will be arresting people and bringing them to justice.” 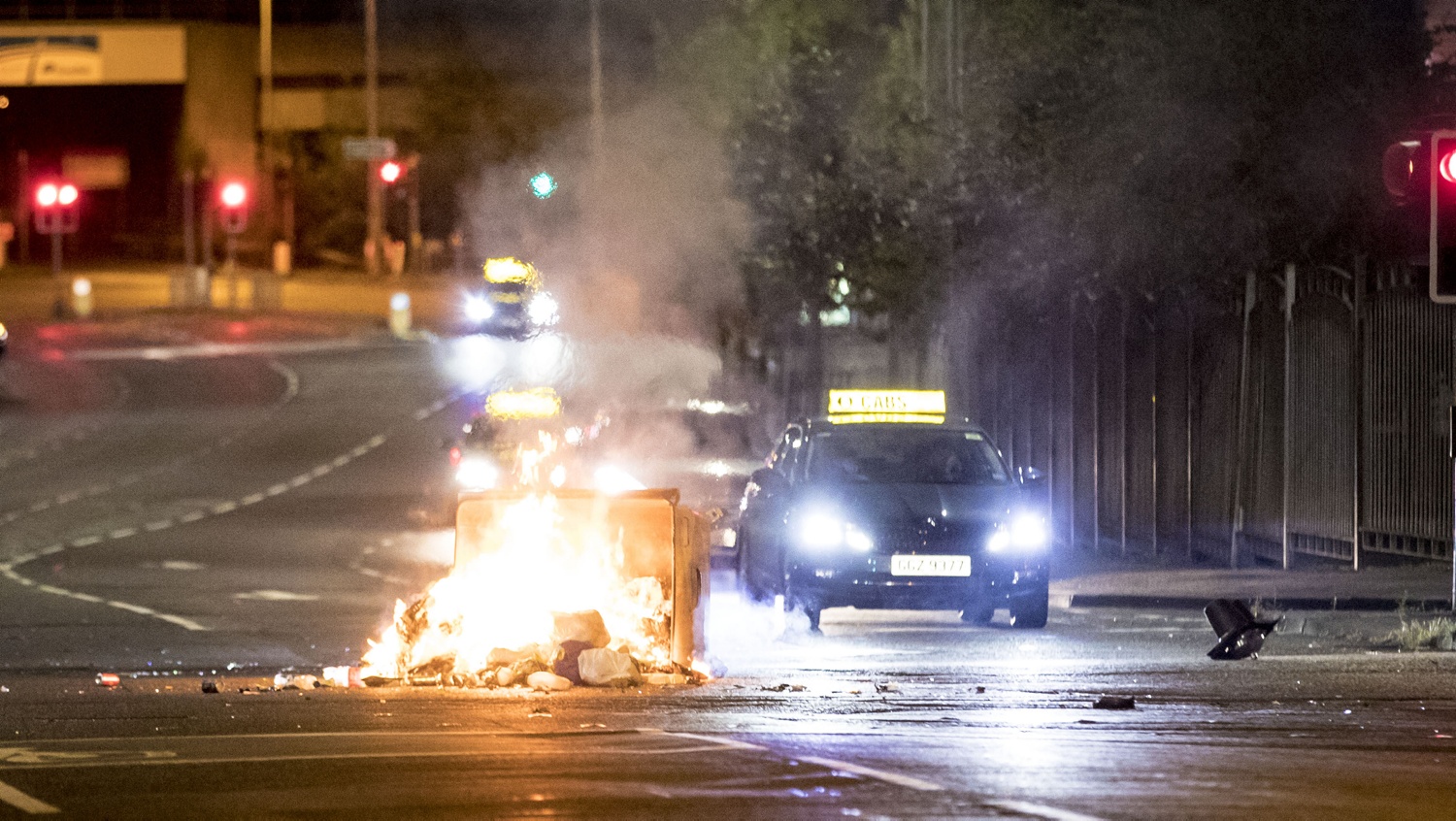 Supt Jones added an appeal to parents to know where their children are.

“It’s absolutely critical that I appeal once again to the parents of young people, know where your children are, know who they are with, know what they are doing,” she said.

“It’s simply not acceptable that communities are being subjected to this, it’s intolerable, it’s inexcusable and it’s dangerous.”

A bonfire has been built in the area ahead of internment night next week.

August 9 marks the anniversary of the introduction of internment without trial in Northern Ireland.

Operation Demetrius in 1971 saw hundreds arrested across the region.

The date has traditionally been marked by many from the nationalist and republican tradition with bonfires, although recent years have seen a move away from pyres towards community-based diversionary activities

Assault on Police Armed Police Numbers West Mids Police ARV PFEW Terror Threat Taser Metropolitan Police Welfare Support Programme Mental Health Police Scotland Home Office illegal firearms WSP Armed Police PTSD Protect The Protectors wellbeing Firearms Officers PFOA College of Policing AFO welfare Terror attack NPCC
I have recently been medically retired from the police with PTSD following a serious injury on duty a few years ago. I would not be here if it was not for the PFOA - they literally saved my life. In February 2017 I was long-term sick off of work and I was in a very bad place. Whilst I have been unable to continue as a serving officer, I will forever be indebted to the PFOA. I will never be able to repay them for all that they did. All I can say is thank you so much from me and my family.
PFOA assisted by offering counselling/coaching support to officer’s family. A respite break was granted to allow the officer and his family to get away and spend some valuable time together as a family unit.
The PFOA purchased a new cross trainer and have loaned this to the officer to enable him to remain active and hopefully return to Ops.
PFOA arranges support for the officers involved prior to the Inquest and after by way of a respite breaks and NLP Coaching or Counselling.
I would like to personally thank the PFOA for the gifts we received for our daughter. The timing could not have been better. the week the gifts arrived, she had lost her hair and was due to go back to hospital for her next round of chemotherapy treatment which she was not looking forward to. Opening the parcel put a big smile back on her face for two reasons. firstly, because you had chosen as gifts exactly what she would have chosen for herself. But secondly and more importantly, because she realised other people ere also thinking of her and willing her to get better. People she had never met.
Thank you so much for the shopping vouchers, they will come in very handy. Thank you for helping my daddy to be himself again. Keep helping police officers because some people don’t understand how hard it can be and they are doing a great thing.
This act of kindness was greatly appreciated by us both at what is a very difficult time for our family.
© 2017 PFOA - Police Firearms Officers Association
Head Office: Chatteris Police Station, 18 East Park Street, Chatteris,
Cambridgeshire PE16 6LD - Tel: 01354 697 890
Email: info@pfoa.co.uk