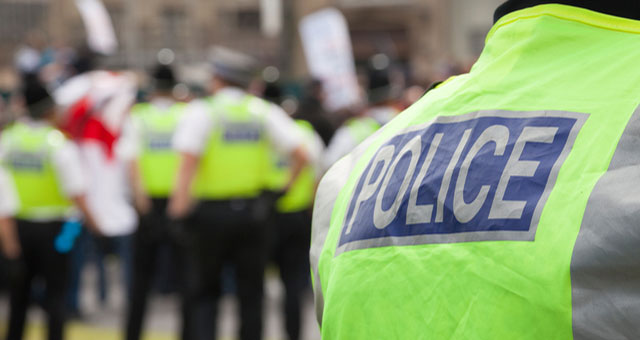 Public sector staff are more likely to feel anxious at work and take sick days for their mental health than those in the private sector, research suggests.

The charity Mind asked 12,000 UK employees about their mental health.

It found 48% in the public sector took time off for their well-being, compared with 32% in the private sector.

Paul Farmer, Mind's chief executive, called on organisations to combat a "culture of fear and silence in the workplace" towards mental issues.

He said the next government should make mental health in the workplace a "key priority".

Mind found 15% of public sector workers - of which there are 5.4 million in the UK - said their mental health was poor, compared with 9% in private sector.

Among public sector workers, 53% said they have felt anxious at work on several occasions over the last month, compared with 43% of their private sector counterparts.

But the research suggested public sector workers were more likely to speak up if they were suffering mental health problems.

Of those with a mental health problem, 90% of public sector staff disclosed it to their employer, compared with 80% in the private sector.

Alan Phillips, a former Essex Police officer, suffered flashbacks of old incidents when he was at work - but lacked the confidence to confide in his colleagues.

"I joined Essex Police in 1986 and after many experiences, my mental health started to decline in 2013," he said.

"I was working very hard and at an intense level. Every now and again I would get flashbacks to certain incidents.

"I would feel sick as the memories flooded back. Other times, I'd feel overwhelming despair, that life was just not worth it - but I'd tell people I was OK."

He said his behaviour at work became erratic and on several occasions he was spoken to by supervisors, but felt like he could not tell them how he felt.

Now retired, he said he finally began to feel better after he confided in his wife and sought help from a doctor.

"I feared people would judge me and no longer talk to me," he said.

"The reverse is true and I have been treated positively and realise I am not weak at all."

According to the Mental Health Foundation, 70 million working days are lost each year to poor mental health.

The public sector workers surveyed said they had taken an average of three sick days in the past year for a mental health issue, compared with an average of one sick day for those in the private sector.

However, only 49% said they felt supported after disclosing mental health issues, compared with 61% in the private sector.

Mind's chief executive said the public sector was "making progress" as more people tend to open up about what they are experiencing.

"But it's also vital that when people do speak out they get the right help and support at the right time," Mr Farmer added.

"It's clear there is still a long way to go in both the public and private sector to address the gap between people asking for support and actually getting what they need."

Through a £1.5m grant, Mind provides emergency staff and volunteers with access to help under a project known as Blue Light, which is now being extended to Wales.

It encourages staff to open up about their well-being and to feel like they can seek support if they need it.

PTSD Terror Threat illegal firearms Home Office Protect The Protectors AFO Police Scotland Metropolitan Police West Mids Police Armed Police Numbers Armed Police Assault on Police PFOA WSP Taser Firearms Officers Terror attack wellbeing welfare PFEW PSNI Welfare Support Programme ARV IPCC Mental Health
I have recently been medically retired from the police with PTSD following a serious injury on duty a few years ago. I would not be here if it was not for the PFOA - they literally saved my life. In February 2017 I was long-term sick off of work and I was in a very bad place. Whilst I have been unable to continue as a serving officer, I will forever be indebted to the PFOA. I will never be able to repay them for all that they did. All I can say is thank you so much from me and my family.
PFOA assisted by offering counselling/coaching support to officer’s family. A respite break was granted to allow the officer and his family to get away and spend some valuable time together as a family unit.
The PFOA purchased a new cross trainer and have loaned this to the officer to enable him to remain active and hopefully return to Ops.
PFOA arranges support for the officers involved prior to the Inquest and after by way of a respite breaks and NLP Coaching or Counselling.
I would like to personally thank the PFOA for the gifts we received for our daughter. The timing could not have been better. the week the gifts arrived, she had lost her hair and was due to go back to hospital for her next round of chemotherapy treatment which she was not looking forward to. Opening the parcel put a big smile back on her face for two reasons. firstly, because you had chosen as gifts exactly what she would have chosen for herself. But secondly and more importantly, because she realised other people ere also thinking of her and willing her to get better. People she had never met.
Thank you so much for the shopping vouchers, they will come in very handy. Thank you for helping my daddy to be himself again. Keep helping police officers because some people don’t understand how hard it can be and they are doing a great thing.
This act of kindness was greatly appreciated by us both at what is a very difficult time for our family.
© 2017 PFOA - Police Firearms Officers Association
Head Office: Chatteris Police Station, 18 East Park Street, Chatteris,
Cambridgeshire PE16 6LD - Tel: 01354 697 890
Email: info@pfoa.co.uk