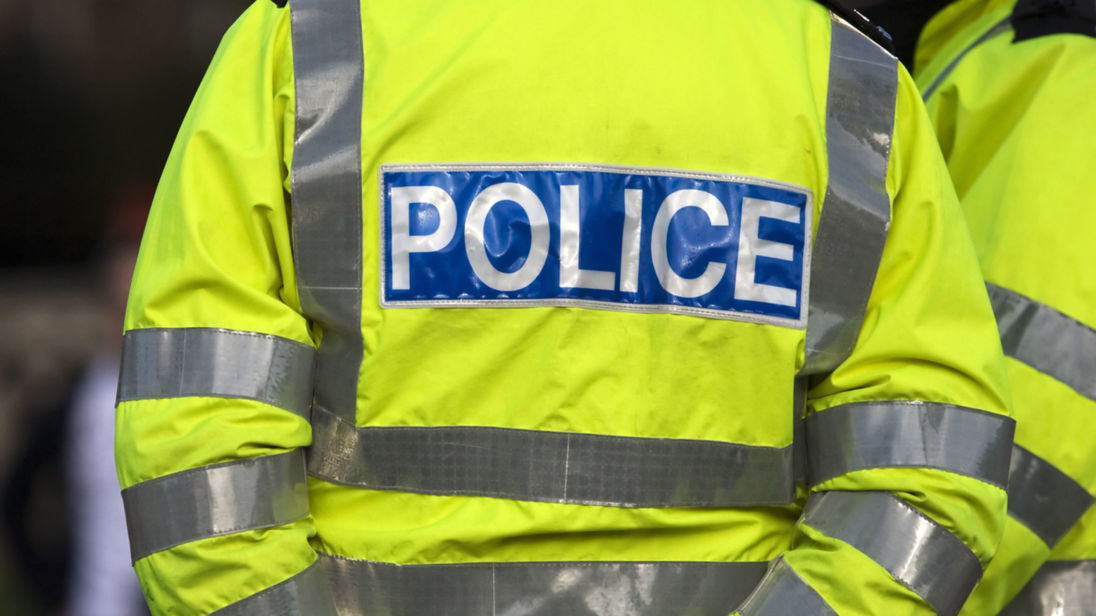 Detective Warren Hines says he is aware of sergeants allocating work "on the basis of who is the least tearful that morning".

A decorated senior detective says an increasing number of police officers are contemplating suicide because of the strain being put on forces across the UK.

The warning from Detective Inspector Warren Hines comes as the National Police Chiefs Council (NPCC) calls on the Government to increase police funding.

In an exclusive interview, DI Hines, who heads up one of six murder squads in the West Midlands, told Sky News that police forces simply cannot cope with the work they are being asked to do because they are not properly resourced.

Budget cuts imposed under the Conservative government have seen more than 19,000 police posts shed since 2010. DI Hines said: "We really are at a point now where we can't cope with what we're expected to deal with. Sickness and mental health problems amongst my colleagues are rife.

"We've got examples of police officers who have been conveyed to hospital from work because they've had a meltdown.

"I'm aware of incidents where sergeants in our public protection units are allocating work on the basis of who is the least tearful that morning when they get to work."

The veteran officer said many forces had been forced to cancel annual leave and increase working hours following a series of high-profile major incidents.

There have been four terror attacks in three months - at Westminster Bridge, Manchester Arena, London Bridge and Finsbury Park - as well as the Grenfell Tower fire.

Officers from West Midlands were sent to the capital this week to help out in the aftermath of the latest attack. DI Hines said many of his colleagues are now at breaking point.

"In the last 15 months alone, around 80 officers in the West Midlands force have been referred to the National Police Federation Welfare Support Programme," he said.

"Those are people who are undergoing a significant mental health crisis.

"They're experiencing suicidal thoughts and tendencies and they are at risk of doing something really serious to hurt themselves, and this is only as a result of the pressures that they are being put under." The Government has promised that forces will not face any further budget cuts for the remainder of this Parliament, but the NPCC says the current "flat cash" settlement for policing means force budgets will fall in real terms.

Dave Thompson, Chief Constable of West Midlands Police and the national lead on finance for the NPCC, said: "Taking into account inflation and cost pressures, there will be less money every year for forces on top of real-terms cuts of 18% since 2010.

"Many forces are now using considerable reserves to maintain current staff numbers that, when spent, will see numbers falling even further."

The PFOA run The Welfare Support Programme on behalf of the PFEW and are currently supporting 281 officers including 36 officers and 2 members of the public from the recent terrorist attacks!

WSP Police Scotland West Mids Police NPCC wellbeing Terror Threat ARV illegal firearms Assault on Police Armed Police Numbers welfare Firearms Officers PFOA Mental Health Home Office Metropolitan Police PTSD Terror attack AFO Armed Police College of Policing PFEW Protect The Protectors Welfare Support Programme Taser
I have recently been medically retired from the police with PTSD following a serious injury on duty a few years ago. I would not be here if it was not for the PFOA - they literally saved my life. In February 2017 I was long-term sick off of work and I was in a very bad place. Whilst I have been unable to continue as a serving officer, I will forever be indebted to the PFOA. I will never be able to repay them for all that they did. All I can say is thank you so much from me and my family.
PFOA assisted by offering counselling/coaching support to officer’s family. A respite break was granted to allow the officer and his family to get away and spend some valuable time together as a family unit.
The PFOA purchased a new cross trainer and have loaned this to the officer to enable him to remain active and hopefully return to Ops.
PFOA arranges support for the officers involved prior to the Inquest and after by way of a respite breaks and NLP Coaching or Counselling.
I would like to personally thank the PFOA for the gifts we received for our daughter. The timing could not have been better. the week the gifts arrived, she had lost her hair and was due to go back to hospital for her next round of chemotherapy treatment which she was not looking forward to. Opening the parcel put a big smile back on her face for two reasons. firstly, because you had chosen as gifts exactly what she would have chosen for herself. But secondly and more importantly, because she realised other people ere also thinking of her and willing her to get better. People she had never met.
Thank you so much for the shopping vouchers, they will come in very handy. Thank you for helping my daddy to be himself again. Keep helping police officers because some people don’t understand how hard it can be and they are doing a great thing.
This act of kindness was greatly appreciated by us both at what is a very difficult time for our family.
© 2017 PFOA - Police Firearms Officers Association
Head Office: Chatteris Police Station, 18 East Park Street, Chatteris,
Cambridgeshire PE16 6LD - Tel: 01354 697 890
Email: info@pfoa.co.uk