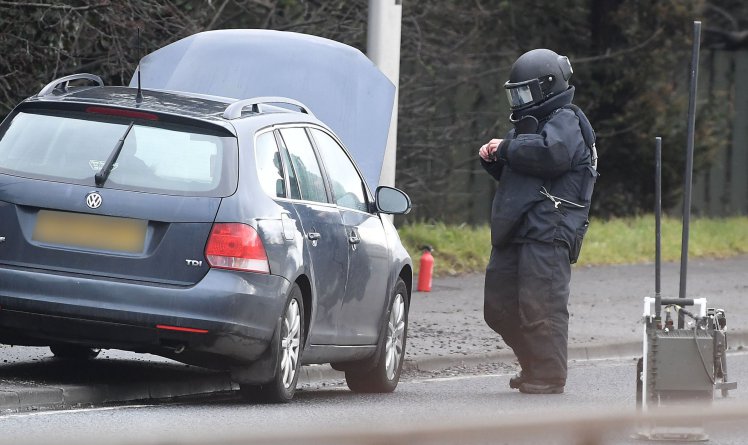 A police officer’s car has been set on fire after a ‘booby trap bomb’ reportedly exploded in Northern Ireland. The female police officer was not in the vehicle when the device partially exploded, and escaped unhurt.

The incident happened shortly before 8.30am on the A2 between Belfast and Bangor. Army bomb disposal officers have been sent to the scene to inspect the vehicle.

DUP MP Ian Paisley told the Belfast Telegraph a suspected car bomb had been placed under the car.

He said: ‘Terrorism can never be allowed to prevail. This is a dastardly and cowardly attack. ‘My concern is for the officer and her family.’

The road has been closed while emergency services handle the incident.

Police said: ‘Shortly before 8.30am police received a report that a car had caught fire at the junction of Ballyrobert Road.

The female driver of the vehicle was not injured. ‘The main A2 remains closed at this time while the investigation into the circumstances of the incident continue.’