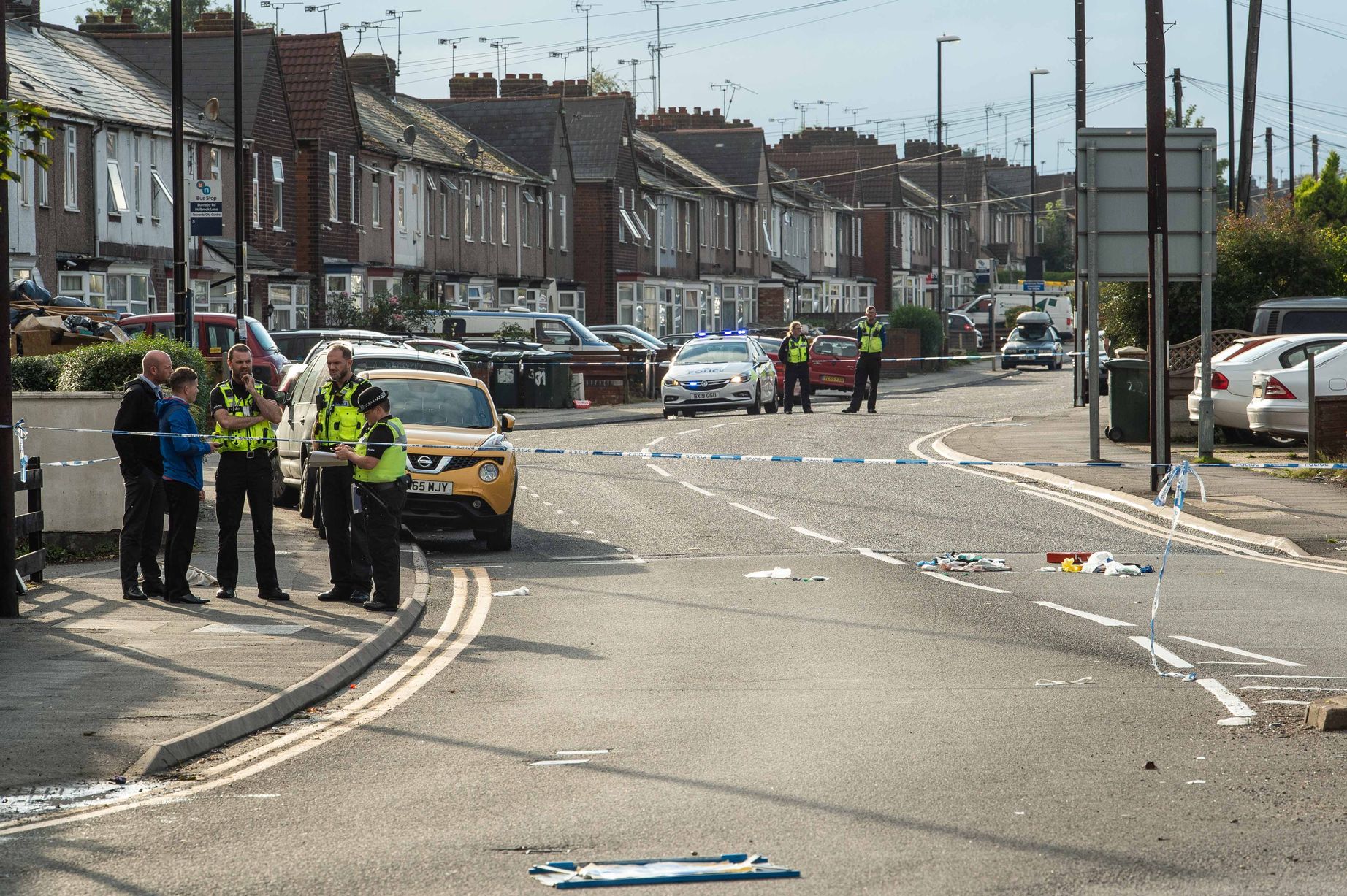 PC Chris Burnham was knocked down in the line of duty

The police officer who was the victim of a hit-and-run in Holbrooks has been left unable to recognise his own wife.

PC Chris Burnham suffered a “substantial” brain injury yesterday (September 25) after being involved in what police are calling a "deliberate act".

Chief Superintendent Mike O’Hara revealed at a press conference that Chris - who is a 48-year-old dad - is facing a long road to recovery, adding: “Chris’ wife is clearly very distressed. Chris doesn’t recognise her at the moment.”

Chris, who lives in the city with his family, suffered a few injuries including a fractured skull, a bleed on the brain and a shattered knee after being knocked down by a Mini in Burnaby Road on Wednesday afternoon.

The Mini involved was found a short while after, although the hunt for the driver goes on.

Chris remains in hospital where Chief Supt O'Hara visited him today before speaking to the media from West Mids Police HQ in Birmingham.

The Commander of Coventry Police described Chris as a “lovely bloke” who is well-known and liked throughout the force.

He has received many commendations during his 25-year career and Chief Supt O'Hara said he is “the embodiment of neighbourhood policing”.

“They live in Cov and he cares about Cov.

“Everyone is putting an awful amount of effort into supporting Chris and his family.”

Fellow officers who were with Chris at the time of yesterday’s hit-and-run in Holbrook’s “thought he might die,” revealed Chief Supt O’Hara.

“They’ve all come into work today, they’re all patrolling. Every day dedicated officers are patrolling the streets trying to make them safe.

“The bobbies who were with Chris, they are all out there again today.”

When asked about the hunt to find the driver of the Mini, Chief Supt O’Hara said: “There is a huge effort to locate the offender, we implore him to come forward.

“We are confident the investigation is moving in the right direction.

“We will find him, there’s no doubt about that. He should hand himself in.”

He also urged members of the community to come forward and speak to the police, Chief Supt O’Hara stated that Chris is a “proficient neighbourhood officer” who saw somebody whose identity he wanted to confirm in Holbrooks on Wednesday afternoon.

During that interaction the person made off from the scene, deliberately running Chris down. A white Mini Cooper believed to be involved in the incident was recovered nearby a short time later.

David Jamieson, West Midlands Police and Crime Commissioner also spoke at the press conference saying it was the second incident of an officer being attacked with a vehicle in recent weeks.

He said: “This incident in Coventry is truly awful. To have an officer of 25 years’ experience going about his work keeping us all safe and someone can use a car as a weapon to inflict the most serious injuries to that officer.

“We are hoping the people of Coventry will rally around the police and the officer and that the perpetrator will be brought to justice and face the most serious consequences for the act they carried out.”

College of Policing PSNI welfare Metropolitan Police wellbeing AFO West Mids Police Armed Police Numbers Home Office Terror attack Police Scotland Assault on Police PFEW ARV illegal firearms Taser Terror Threat PTSD Welfare Support Programme Mental Health Armed Police Firearms Officers PFOA Protect The Protectors WSP
I have recently been medically retired from the police with PTSD following a serious injury on duty a few years ago. I would not be here if it was not for the PFOA - they literally saved my life. In February 2017 I was long-term sick off of work and I was in a very bad place. Whilst I have been unable to continue as a serving officer, I will forever be indebted to the PFOA. I will never be able to repay them for all that they did. All I can say is thank you so much from me and my family.
PFOA assisted by offering counselling/coaching support to officer’s family. A respite break was granted to allow the officer and his family to get away and spend some valuable time together as a family unit.
The PFOA purchased a new cross trainer and have loaned this to the officer to enable him to remain active and hopefully return to Ops.
PFOA arranges support for the officers involved prior to the Inquest and after by way of a respite breaks and NLP Coaching or Counselling.
I would like to personally thank the PFOA for the gifts we received for our daughter. The timing could not have been better. the week the gifts arrived, she had lost her hair and was due to go back to hospital for her next round of chemotherapy treatment which she was not looking forward to. Opening the parcel put a big smile back on her face for two reasons. firstly, because you had chosen as gifts exactly what she would have chosen for herself. But secondly and more importantly, because she realised other people ere also thinking of her and willing her to get better. People she had never met.
Thank you so much for the shopping vouchers, they will come in very handy. Thank you for helping my daddy to be himself again. Keep helping police officers because some people don’t understand how hard it can be and they are doing a great thing.
This act of kindness was greatly appreciated by us both at what is a very difficult time for our family.
© 2017 PFOA - Police Firearms Officers Association
Head Office: Chatteris Police Station, 18 East Park Street, Chatteris,
Cambridgeshire PE16 6LD - Tel: 01354 697 890
Email: info@pfoa.co.uk