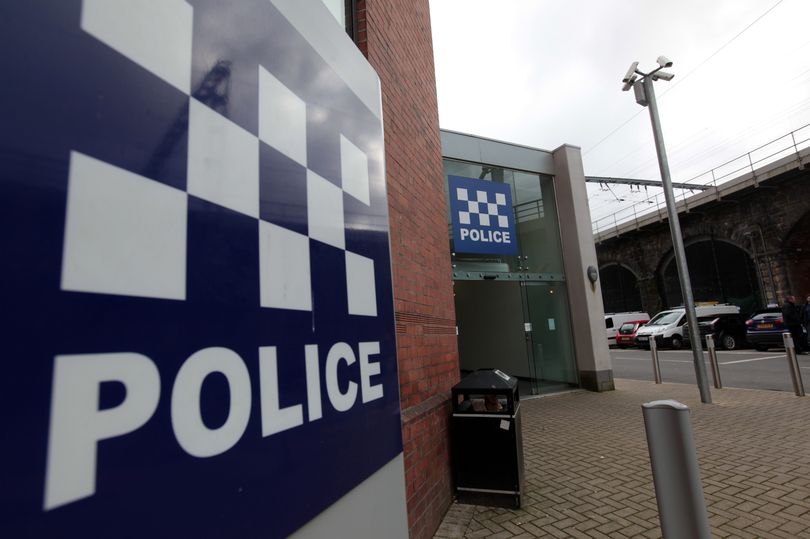 Following a tribunal hearing, a judge criticised the force for how it dealt with an officer who was absent from work due to serious mental ill health

Northumbria Police has been scolded by an employment judge over how it handles absences of front line officers traumatised by the grim reality of their duties.

A tribunal hearing concerning a police constable who suffered from severe stress, anxiety and depression following a string of harrowing callouts raises questions about how the force deals with similar situations.

Ruling on the case of an officer left with symptoms of post-traumatic stress disorder after the Christmas eve Murder of Owen Kerry a judge called the force's system for dealing with absences "shambolic" and accused senior figures of "dismissive" attitudes.

A tribunal at Newcastle Crown Court held earlier this year heard how the officer had travelled in the ambulance with the dying 19-year-old and worked with paramedics to try and save his life. He was fatally stabbed in 2016.

Symptoms of mental ill health began to take their toll on the officer, who had already attended a number of distressing callouts to suicides by hanging.

The officer declined the offer of support in the immediate aftermath of the Christmas Eve trauma due to "adrenaline" but her mental state began to decline in following weeks.

After a period where she struggled with her role and questions were raised by a sergeant over her performance, the officer says she suffered a "mental breakdown" in June 2018, confiding in a GP that she had self-harmed and had suicidal thoughts.

At one point, she was surviving on as little as two hours sleep a night and "seeing the faces of the dead", those she had tried to save or whose bodies she had found.

From June 2018, the officer began an extended period of sick leave from work.

A tribunal has established that the officer's mental health problems were so severe that they constituted a disability from June 2018.

But Northumbria policerefused to accept that was the case until January 2019.

Following a hearing, Judge Johnson was required to rule on whether Northumbria Police could have reasonably known sooner that the officer's illness constituted a disability.

The preliminary hearing took place at Newcastle Crown Court in March but the public documentation- signed by a judge in June - was released this month.

The judge found that Northumbria Police had ample evidence to know that the officer was disabled by at least October 11, 2018.

Northumbria Police's lawyer tried to claim the officer had deliberately concealed her illness but this was rejected by the judge, who accepted the officer would have disclosed relevant information "had she been approached and asked in a caring and sympathetic manner".

Despite admitting she put on a "game face" at times, the officer said she had not tried to hide her illness and made candid admissions about her symptoms.

The system, the judge found, was "unsuitable to the point of being wholly ineffective" and that he was left with an "overall impression...that everyone seemed to think that somebody else would attend to it".

The judge added that "no one seemed willing or able to address the possibility that the officer's absence may involve an underlying mental health condition".

Following a June 2019 meeting which immediately preceded the officer's mental breakdown and subsequent absence from work, her sergeant was found to have "simply presumed that it was an adverse reaction to being placed upon another improvement plan".

Employment Judge Johnson concluded that this "rather dismissive attitude was similarly adopted by" other "senior officers" who attended meetings where the situation was discussed.

A spokesperson for Northumbria Police said: “We are committed to supporting our officers and staff, and take their physical and mental wellbeing extremely seriously.

“We acknowledge the comments which have been made in the judgement following the preliminary tribunal hearing in March.

"However, as proceedings are still ongoing in relation to this case, it would be inappropriate to comment any further at this stage.”

AFO Protect The Protectors Terror Threat West Mids Police College of Policing Welfare Support Programme Firearms Officers Assault on Police Home Office ARV PFOA IOPC PFEW Armed Police wellbeing Taser welfare Metropolitan Police Mental Health Terror attack WSP Armed Police Numbers Police Scotland PTSD illegal firearms
I have recently been medically retired from the police with PTSD following a serious injury on duty a few years ago. I would not be here if it was not for the PFOA - they literally saved my life. In February 2017 I was long-term sick off of work and I was in a very bad place. Whilst I have been unable to continue as a serving officer, I will forever be indebted to the PFOA. I will never be able to repay them for all that they did. All I can say is thank you so much from me and my family.
PFOA assisted by offering counselling/coaching support to officer’s family. A respite break was granted to allow the officer and his family to get away and spend some valuable time together as a family unit.
The PFOA purchased a new cross trainer and have loaned this to the officer to enable him to remain active and hopefully return to Ops.
PFOA arranges support for the officers involved prior to the Inquest and after by way of a respite breaks and NLP Coaching or Counselling.
I would like to personally thank the PFOA for the gifts we received for our daughter. The timing could not have been better. the week the gifts arrived, she had lost her hair and was due to go back to hospital for her next round of chemotherapy treatment which she was not looking forward to. Opening the parcel put a big smile back on her face for two reasons. firstly, because you had chosen as gifts exactly what she would have chosen for herself. But secondly and more importantly, because she realised other people ere also thinking of her and willing her to get better. People she had never met.
Thank you so much for the shopping vouchers, they will come in very handy. Thank you for helping my daddy to be himself again. Keep helping police officers because some people don’t understand how hard it can be and they are doing a great thing.
This act of kindness was greatly appreciated by us both at what is a very difficult time for our family.
© 2017 PFOA - Police Firearms Officers Association
Head Office: Chatteris Police Station, 18 East Park Street, Chatteris,
Cambridgeshire PE16 6LD - Tel: 01354 697 890
Email: info@pfoa.co.uk