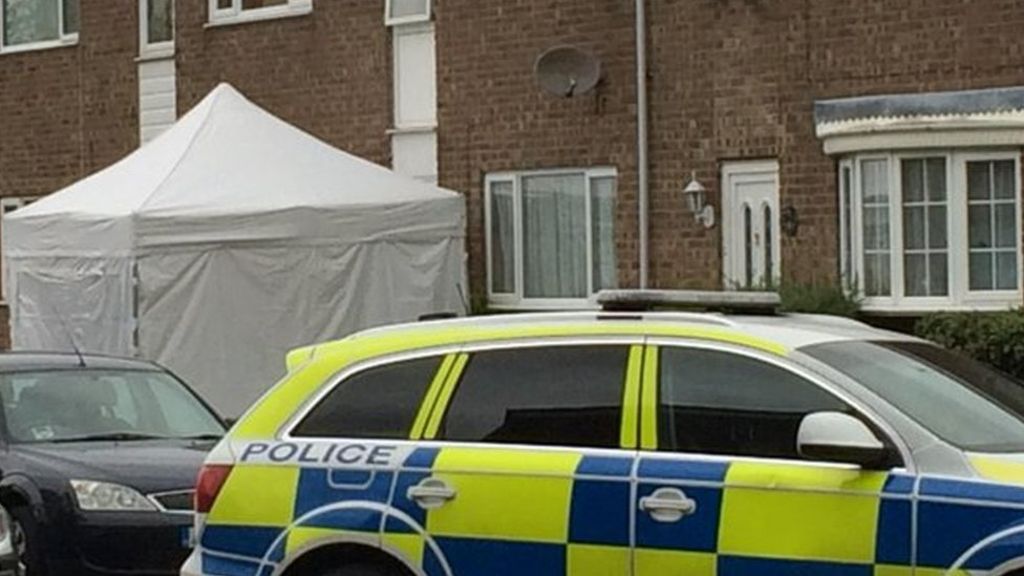 The jury has already heard that Richard Davies was shot dead at his St Neots home on October 21, 2015, after threatening to kill his children and firing at police
The inquest continued today (July 14) into the first ever fatal shooting by Cambridgeshire police in the county.

Father-of-three Richard Davies died from a single gunshot wound to the chest at his family home in Duck Lane, St Neots, Cambridgeshire, on October 21, 2015.

On day eight of the inquest into his death jurors heard how the 41-year-old engineer had goaded police, firing five shots and hurling verbal abuse at them in the moments leading up to his death.

At Peterborough Town Hall evidence was brought forward from two of the six firearms officers called to the scene.

The officers have been granted anonymity and were referred to by a cipher containing a letter and a number.
Officer F7 described the moment he and his colleagues were goaded and shot at before officer I7 shot Mr Davies dead.

“I genuinely thought one of us were going to get shot,” he said. “As I drove alongside [the house]... I remember seeing a very bright flash come from the downstairs window and hearing a ‘bang’.

“The way it sounded, and the way it looked, it was coming towards our vehicle.

“N6 and I both jumped out of the skin at that point and N6 radioed the control room to let them know what had happened… I didn't want to be in the line of fire from other potential shots.”

He also described the moment of the fatal shooting, which came after Mr Davies had already fired five shots at officers from open windows and refused their attempts at negotiation.
Mr Davies had tied up his children and threatened to kill them after spending the day drinking before armed police were called to his home.

F7 told the hearing at Peterbough Town Hall: “I remember seeing the fifth bang and just a fraction of a second afterwards, almost at the same time, I then heard another bang and to my knowledge it came from one of the other officers.

He said that “a silence fell, a very eerie silence,” before officer N6 called out.

According to F7 it was then that firearms officer I7 shouted back, confirming: “It was me."

Officer N6 also gave evidence. He was the first on the scene alongside F7.

N6 told assistant coroner Nicholas Moss: “The first thing I said was that we were armed police officers.

"For a few seconds there was no response then Mr Davies re-emerged at the window as we went past.

“He was partly hanging out that window and had the lights on behind him so he was fairly silhouetted.

“I saw a flash and he fired at me again.”

N6 replied: “Yes I do. He was completely square on to me and looking at me.”
Following the fatal shot N6 shouted for certain officers to cover certain windows for safety after they used a baton to smash glass to get to the key in the door.

He told the inquest that when he entered house he saw blood on door frames and splattered on the floor.
He then described how he physically grabbed officers by the shoulder to give them instructions for life saving resuscitation.

Four more firearms officers, including shooter I7 will give evidence next week.

The inquest continues on Monday (July 17).

Armed Police illegal firearms Mental Health Firearms Officers AFO wellbeing Armed Police Numbers welfare Assault on Police Welfare Support Programme PFOA Protect The Protectors NPCC Taser Terror Threat PFEW ARV College of Policing WSP West Mids Police Police Scotland Terror attack Metropolitan Police Home Office PTSD
I have recently been medically retired from the police with PTSD following a serious injury on duty a few years ago. I would not be here if it was not for the PFOA - they literally saved my life. In February 2017 I was long-term sick off of work and I was in a very bad place. Whilst I have been unable to continue as a serving officer, I will forever be indebted to the PFOA. I will never be able to repay them for all that they did. All I can say is thank you so much from me and my family.
PFOA assisted by offering counselling/coaching support to officer’s family. A respite break was granted to allow the officer and his family to get away and spend some valuable time together as a family unit.
The PFOA purchased a new cross trainer and have loaned this to the officer to enable him to remain active and hopefully return to Ops.
PFOA arranges support for the officers involved prior to the Inquest and after by way of a respite breaks and NLP Coaching or Counselling.
I would like to personally thank the PFOA for the gifts we received for our daughter. The timing could not have been better. the week the gifts arrived, she had lost her hair and was due to go back to hospital for her next round of chemotherapy treatment which she was not looking forward to. Opening the parcel put a big smile back on her face for two reasons. firstly, because you had chosen as gifts exactly what she would have chosen for herself. But secondly and more importantly, because she realised other people ere also thinking of her and willing her to get better. People she had never met.
Thank you so much for the shopping vouchers, they will come in very handy. Thank you for helping my daddy to be himself again. Keep helping police officers because some people don’t understand how hard it can be and they are doing a great thing.
This act of kindness was greatly appreciated by us both at what is a very difficult time for our family.
© 2017 PFOA - Police Firearms Officers Association
Head Office: Chatteris Police Station, 18 East Park Street, Chatteris,
Cambridgeshire PE16 6LD - Tel: 01354 697 890
Email: info@pfoa.co.uk