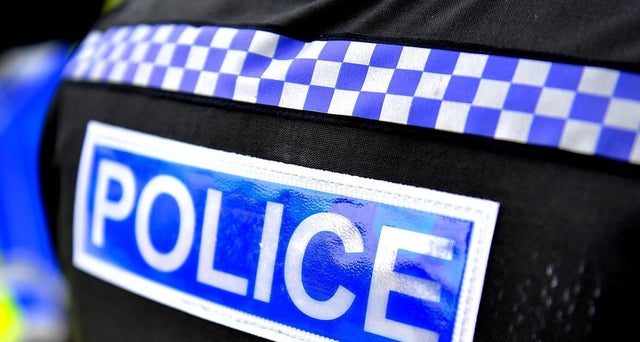 A  police chief has hit out after a hero rookie policewoman was viciously assaulted as she arrested a sex attacker in Market Harborough.

Rob Nixon, deputy chief constable of Leicestershire Police, vowed that violence will not be “tolerated” after the brave officer was injured during the drama.

The courageous constable was kicked in the head as she rescued a terrified woman from offender Phillip George, 42.

She was praised by Judge Robert Brown as he jailed George at Leicester Crown Court for two years four months for the brutal attack.

The policewoman has only been in the force for 12 months and it was already the fifth time that she’s faced frightening violence, the court heard.

Now DCC Rob Nixon has told the Harborough Mail: “The officer in this particular case was grabbed by the wrist and kicked to the back of the head while trying to apprehend a suspect.

“While she was thankfully not seriously injured, it’s an assault that never should have happened and one which I am sure will have a lasting effect on her.

“As has been said recently, across the country a police officer gets assaulted on duty every 20 minutes.

“This is not something anyone should be subjected to when they are there to protect and serve you.”

The senior police officer vowed: “Violence in any form, whether it’s towards members of the public or my colleagues, will not be tolerated.

“We will continue to do all we can to support those officers who are subjected to assaults by the public and put those responsible before the courts.”

George, a key worker at a residential care home for the elderly, targeted his victim in her own house in Market Harborough after drinking over a litre of vodka.

The heroic officer heard the woman’s terrible screams for help and immediately went to her aid – despite being by herself.

She suffered concussion after she was kicked on the head by George but still managed to arrest him during the fracas.

George, who used to live in Market Harborough but was of no fixed address, was jailed after he admitted sexually assaulting a woman in the town on Tuesday June 30.

He also admitted two charges of assaulting emergency worker, the woman constable and a police sergeant who was spat on.

George was put on a restraining order banning all future contact with his victim as well as being jailed.

Tweet
Tags:
Assault on Police Protect The Protectors Leicestershire Police
Man shot by police in Runcorn 'seriously injured'
Three shootings within hours of each other in capi...

AFO Armed Police Numbers wellbeing WSP Terror Threat illegal firearms ARV Assault on Police Armed Police Taser Mental Health West Mids Police PFEW Home Office Welfare Support Programme Police Scotland PSNI PTSD Terror attack Protect The Protectors College of Policing Metropolitan Police PFOA welfare Firearms Officers
I have recently been medically retired from the police with PTSD following a serious injury on duty a few years ago. I would not be here if it was not for the PFOA - they literally saved my life. In February 2017 I was long-term sick off of work and I was in a very bad place. Whilst I have been unable to continue as a serving officer, I will forever be indebted to the PFOA. I will never be able to repay them for all that they did. All I can say is thank you so much from me and my family.
PFOA assisted by offering counselling/coaching support to officer’s family. A respite break was granted to allow the officer and his family to get away and spend some valuable time together as a family unit.
The PFOA purchased a new cross trainer and have loaned this to the officer to enable him to remain active and hopefully return to Ops.
PFOA arranges support for the officers involved prior to the Inquest and after by way of a respite breaks and NLP Coaching or Counselling.
I would like to personally thank the PFOA for the gifts we received for our daughter. The timing could not have been better. the week the gifts arrived, she had lost her hair and was due to go back to hospital for her next round of chemotherapy treatment which she was not looking forward to. Opening the parcel put a big smile back on her face for two reasons. firstly, because you had chosen as gifts exactly what she would have chosen for herself. But secondly and more importantly, because she realised other people ere also thinking of her and willing her to get better. People she had never met.
Thank you so much for the shopping vouchers, they will come in very handy. Thank you for helping my daddy to be himself again. Keep helping police officers because some people don’t understand how hard it can be and they are doing a great thing.
This act of kindness was greatly appreciated by us both at what is a very difficult time for our family.
© 2017 PFOA - Police Firearms Officers Association
Head Office: Chatteris Police Station, 18 East Park Street, Chatteris,
Cambridgeshire PE16 6LD - Tel: 01354 697 890
Email: info@pfoa.co.uk