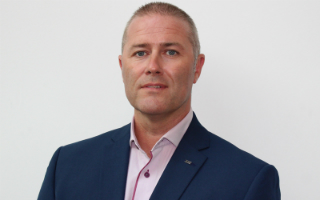 Last week the Independent Office for Police Conduct (IOPC) published a blog headed ‘Testing the law: reasonable or unreasonable use of force’. It concerned the judgment handed down on a judicial review last month by the High Court that the IOPC acted unlawfully in directing that a firearms officer should face misconduct proceedings for matters that began in 2015.

We as a Federation deliberately chose not to issue a celebratory response to the outcome of this case, despite the fact that it was an important legal victory for our members.

Regardless of the circumstances, we were conscious for the need to remain dignified and respectful in the knowledge that a man died and an inquest into his death is still to take place.

But having read the IOPC blog I had to respond.
It is inaccurate, one-sided and disrespectful to the ruling of the High Court.

The IOPC should have confined itself to a straightforward and accurate media release, with the common courtesy of prior notice. (Of which there was none.)

They are of course entitled to seek to appeal the High Court’s decision. They had already asked for permission to appeal from the judges when the judgment was handed down on 14 August 2019 and that application was firmly rejected.

Nevertheless, they are now applying directly to the Court of Appeal for permission. We await the outcome.

As the legal process has yet to be concluded, it is inappropriate for an independent body to issue what is, in effect, a campaign statement of its own wishes for what the law should be.

The blog contends that the “ruling took one paragraph in the College of Policing’s Code of Ethics – and its inclusion of the word ‘honestly’ – to mean that the subjective legal test should apply rather than the objective test of reasonableness used in civil law.”

It fails to mention that the IOPC has raised no concerns about the Code in the five years it has been in existence.

This is the Code which is recognised by all stakeholders involved in the process to be at the centre of police conduct.

And it is the one routinely applied by Professional Standards Departments throughout England and Wales when dealing with matters relating to officer conduct.

The blog also does not refer to the fact that at the hearing, the IOPC’s own barrister “candidly accepted” that the IOPC’s investigators – and I quote – “have not adopted a consistent approach as to the applicable test for the use of force.”

The IOPC calls for a consistent professional approach by police officers in their roles yet is criticised by the High Court for failing to abide by such standards itself.

Surprisingly, the IOPC initially sought to persuade the High Court that the Code did not apply to it, but half-way though the hearing conceded that it should.

Clearly, the important issue is what is the test for police officers when making decisions to use force? In order to carry out their demanding job, they must have a clear understanding of the standards against which their conduct will be assessed.

It is the job of Government, in primary legislation, and the College of Policing, in guidance issued under the legislation, to set those standards.

That is why the Code of Ethics was published, having first been consulted on by all involved, including the then IPCC.

It is the IOPC’s job to apply those standards.

Their blog suggests the High Court’s ruling on the relevance and meaning of the Code limits the IOPC’s ability to hold police to account against their professional standards asserting that: “We are now limited to solely considering the criminal test – whether an officer honestly thought a set of circumstances existed even if their beliefs were completely unreasonable”.

This is an inaccurate and misleading comment on the meaning and impact of the ruling. When there are no grounds on which a police officer could form an honest belief, no tribunal, on analysing the circumstances, is going to find that officer’s belief was honestly held.

Further, even when there are grounds justifying an honest belief, if the degree of force used is unreasonable or disproportionate (which is an objective test) the police officer may still be found to have failed to meet the standards.

The blog does the IOPC a serious disservice and it is important to set the record straight.

Steve Hartshorn Is Firearms lead for the Police Federation of England and Wales and sit on its Conduct and Performance Sub-committee.

Tweet
Tags:
IOPC PFEW Authorised Firearms Officer PSD Protect The Protectors
Suicidal frontline police who are too busy to ask ...
PUBLIC OVERWHELMINGLY BACK CALL FOR ALL POLICE TO ...

Assault on Police welfare College of Policing Taser West Mids Police Home Office Protect The Protectors Armed Police Terror Threat Terror attack illegal firearms PFEW Metropolitan Police Welfare Support Programme wellbeing WSP Armed Police Numbers Mental Health PTSD AFO Firearms Officers Police Scotland ARV PFOA NPCC
I have recently been medically retired from the police with PTSD following a serious injury on duty a few years ago. I would not be here if it was not for the PFOA - they literally saved my life. In February 2017 I was long-term sick off of work and I was in a very bad place. Whilst I have been unable to continue as a serving officer, I will forever be indebted to the PFOA. I will never be able to repay them for all that they did. All I can say is thank you so much from me and my family.
PFOA assisted by offering counselling/coaching support to officer’s family. A respite break was granted to allow the officer and his family to get away and spend some valuable time together as a family unit.
The PFOA purchased a new cross trainer and have loaned this to the officer to enable him to remain active and hopefully return to Ops.
PFOA arranges support for the officers involved prior to the Inquest and after by way of a respite breaks and NLP Coaching or Counselling.
I would like to personally thank the PFOA for the gifts we received for our daughter. The timing could not have been better. the week the gifts arrived, she had lost her hair and was due to go back to hospital for her next round of chemotherapy treatment which she was not looking forward to. Opening the parcel put a big smile back on her face for two reasons. firstly, because you had chosen as gifts exactly what she would have chosen for herself. But secondly and more importantly, because she realised other people ere also thinking of her and willing her to get better. People she had never met.
Thank you so much for the shopping vouchers, they will come in very handy. Thank you for helping my daddy to be himself again. Keep helping police officers because some people don’t understand how hard it can be and they are doing a great thing.
This act of kindness was greatly appreciated by us both at what is a very difficult time for our family.
© 2017 PFOA - Police Firearms Officers Association
Head Office: Chatteris Police Station, 18 East Park Street, Chatteris,
Cambridgeshire PE16 6LD - Tel: 01354 697 890
Email: info@pfoa.co.uk