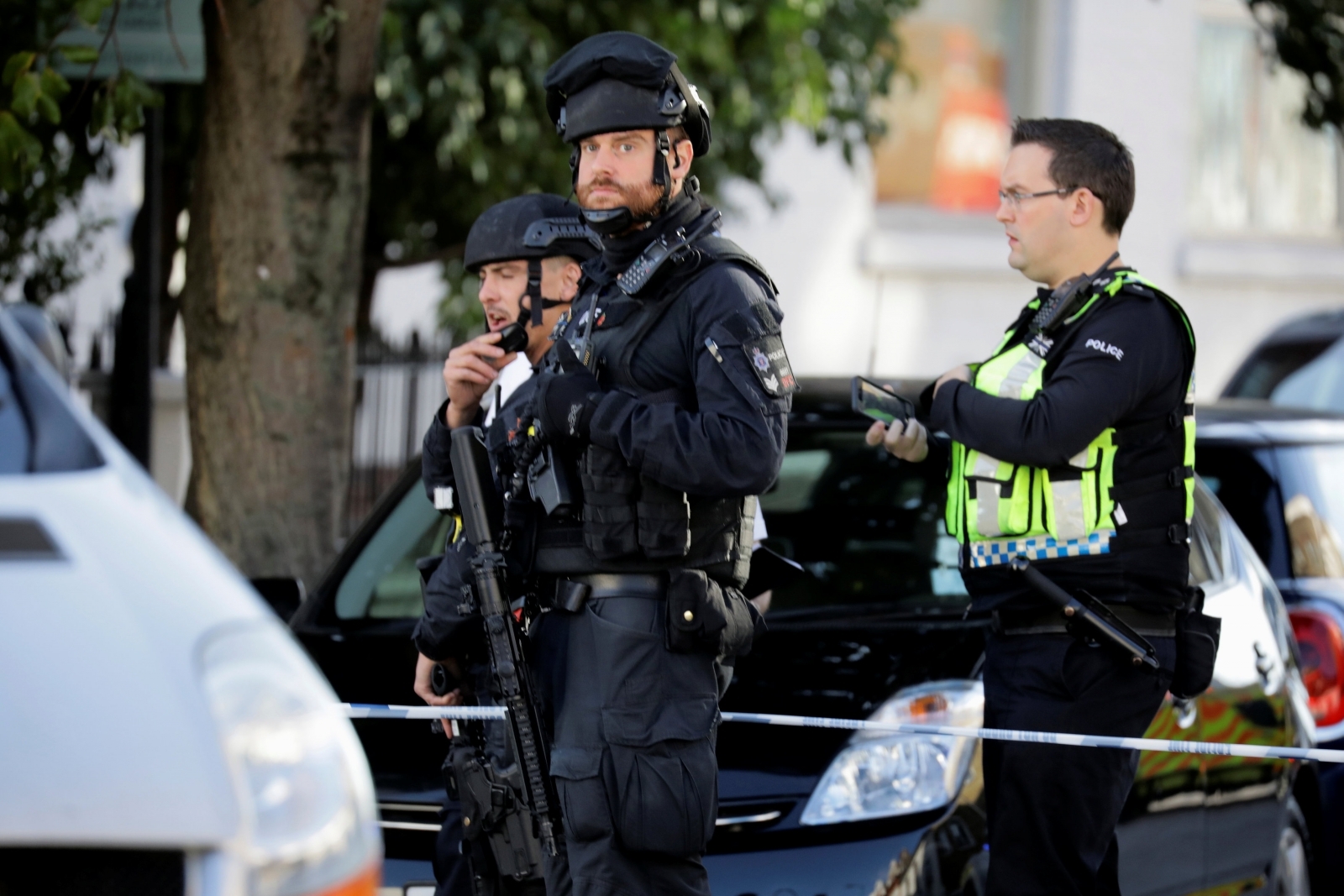 The PFOA staff and membership thoughts are with those injured at Parsons Green and emergency services who are responding bravely to this terrorist incident.

An "improvised explosive device" was detonated on a Tube train in south-west London during Friday's rush hour, Scotland Yard has confirmed.

The blast, at Parsons Green station on an eastbound District Line train from Wimbledon, is being treated as terrorism, police said.

Twenty-two people are being treated in hospital, mostly for burn injuries.

Mr Rowley refused to answer whether anyone had yet been arrested over the incident at the station.

Pictures show a white bucket on fire inside a supermarket bag, with wires trailing on to the carriage floor.

The BBC understands the device had a timer.

BBC security correspondent Frank Gardner said the incident could have been "far worse" as indications were that the bomb "may have partially failed".
"At Parsons Green Tube station there was an explosion on a Tube train," Mr Rowley said.

"This was a detonation of an improvised explosive device. The scene currently remains cordoned off and the investigation continues...

"Londoners can expect to see an enhanced police presence, particularly across the transport system across the day."

He asked the public to remain "vigilant" and said they should "not be alarmed".

Mr Rowley said anyone who took pictures or videos at the scene can upload them to ukpoliceimageappeal.co.uk.
The government's emergency committee, Cobra, is currently meeting.

Mayor of London Sadiq Khan has appealed for calm, saying the city "will never be intimidated or defeated by terrorism".

Home Secretary Amber Rudd said: "Once more people going about their everyday lives have been targeted in a callous and indiscriminate way. My thoughts are with all those injured and affected."

US President Donald Trump tweeted: "Another attack in London by a loser terrorist. These are sick and demented people who were in the sights of Scotland Yard. Must be proactive!"

Eighteen people were taken by ambulance and a further four arrived at hospital themselves.

Witnesses have described seeing at least one passenger with facial injuries, while others spoke of "panic" as alarmed passengers left the train at the station, which is above ground.
Passenger Peter Crowley said he was sitting in the carriage, travelling from Wimbledon, when the explosion happened.

He said his head was burned by a "really hot intense fireball above my head" and added: "There were people a lot worse than me."

Passenger Chris Wildish told BBC Radio 5 live he saw a bucket in a supermarket bag with "low-level flames coming out of it" by the door of the rear carriage.

welfare Metropolitan Police Mental Health West Mids Police Police Scotland Home Office AFO IPCC Terror Threat Welfare Support Programme WSP Assault on Police PTSD Protect The Protectors Armed Police Terror attack wellbeing Taser Armed Police Numbers PFOA ARV PFEW College of Policing illegal firearms Firearms Officers
I have recently been medically retired from the police with PTSD following a serious injury on duty a few years ago. I would not be here if it was not for the PFOA - they literally saved my life. In February 2017 I was long-term sick off of work and I was in a very bad place. Whilst I have been unable to continue as a serving officer, I will forever be indebted to the PFOA. I will never be able to repay them for all that they did. All I can say is thank you so much from me and my family.
PFOA assisted by offering counselling/coaching support to officer’s family. A respite break was granted to allow the officer and his family to get away and spend some valuable time together as a family unit.
The PFOA purchased a new cross trainer and have loaned this to the officer to enable him to remain active and hopefully return to Ops.
PFOA arranges support for the officers involved prior to the Inquest and after by way of a respite breaks and NLP Coaching or Counselling.
I would like to personally thank the PFOA for the gifts we received for our daughter. The timing could not have been better. the week the gifts arrived, she had lost her hair and was due to go back to hospital for her next round of chemotherapy treatment which she was not looking forward to. Opening the parcel put a big smile back on her face for two reasons. firstly, because you had chosen as gifts exactly what she would have chosen for herself. But secondly and more importantly, because she realised other people ere also thinking of her and willing her to get better. People she had never met.
Thank you so much for the shopping vouchers, they will come in very handy. Thank you for helping my daddy to be himself again. Keep helping police officers because some people don’t understand how hard it can be and they are doing a great thing.
This act of kindness was greatly appreciated by us both at what is a very difficult time for our family.
© 2017 PFOA - Police Firearms Officers Association
Head Office: Chatteris Police Station, 18 East Park Street, Chatteris,
Cambridgeshire PE16 6LD - Tel: 01354 697 890
Email: info@pfoa.co.uk