Oxford police officer goes public about his struggle with depression 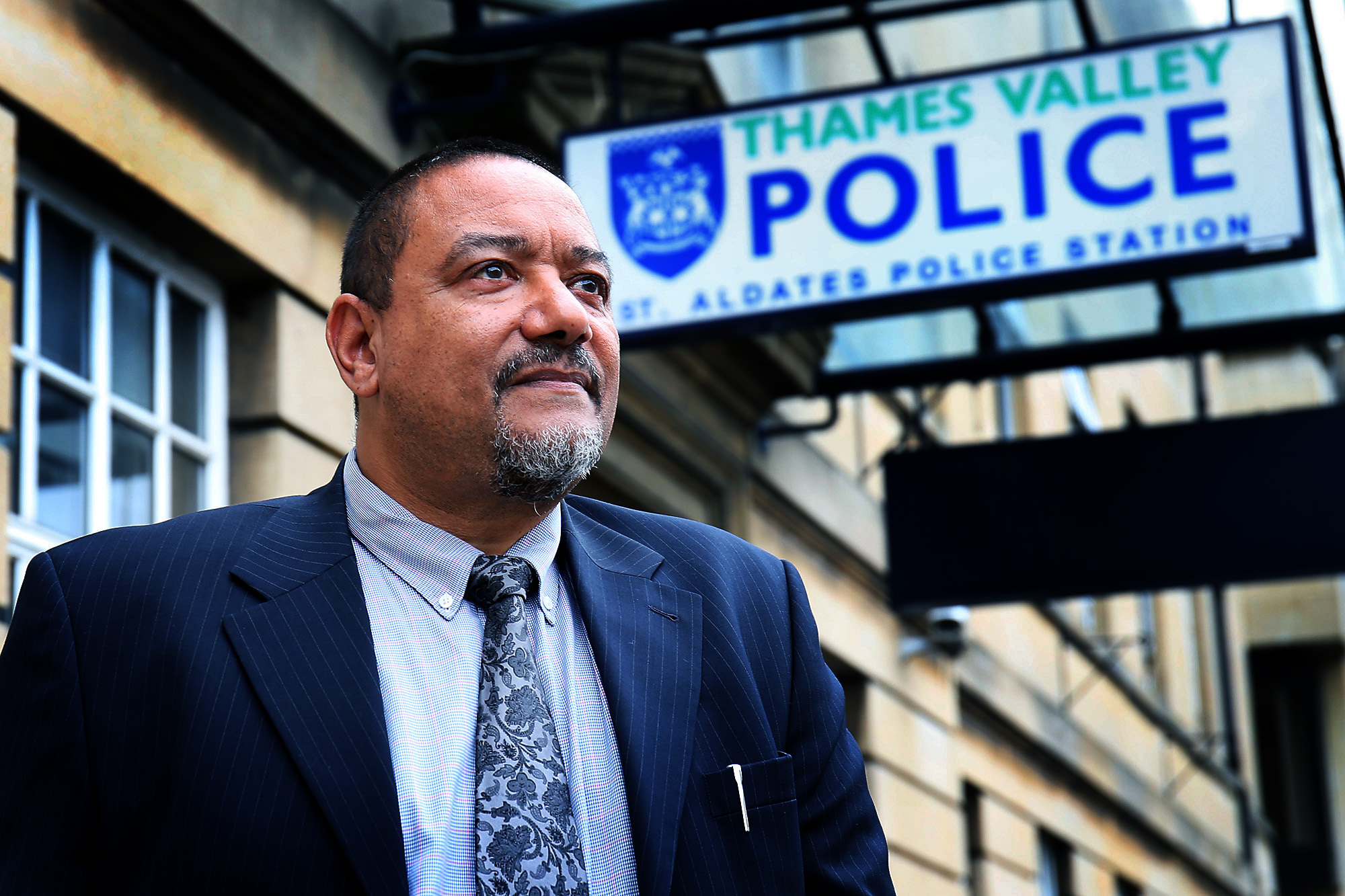 An Oxford police officer has opened up for the first time about his struggles with depression, as he reveals the huge pressures on those tasked with keeping us safe.

PC Mike Ellis has gone on the record about his mental health to raise more awareness about the issue, which affects more than half of all emergency services workers.

The antisocial behaviour officer for Oxford said those on the front line were still afraid to admit to mental health problems.

His bravery has been praised by the head of Oxfordshire Fire and Rescue Service and mental health charity Mind, with all agreeing more needs to be done.
PC Ellis said: "The emergency services have always been quite a macho place: our job is to sort out other people's problems.

"You pull pieces of people out from under trucks when they've been run over and things like that and sometimes it all catches up with you.

"Depression skews your view of reality: it is a dark and dangerous thing, and we all know it can lead to the ultimate grief.

"I think we are our own worst enemies as individuals in the job: I'm too busy to take time for myself because I'm dealing with other people's lives and we don't want to appear to be weak to our colleagues."

PC Ellis, who has served with TVP for 30 years, had never been aware of suffering from mental health problems in his life until one day in September last year.

The 57-year-old, who has now decided to retire at the end of this year, said: "I didn't even know I was poorly until I reacted to a situation badly.

"Something was said in a meeting that I normally would have shrugged off, but I blew up then broke down.

"I had no clue that it was coming."

After lashing out at his colleagues in a way he could not explain, he went home to his wife Rebecca and took four days off to try to 'pull himself together'.

He went back to work for two days but said he 'wound up sobbing at his desk'.

It was only then he went to his GP who told him he was suffering from 'significant depression' and started him on a program of treatment.

PC Ellis said he was immediately given 'fantastic' support from the force occupational health team, getting regular meetings with a mental health nurse where he tried to work out what was behind his eruption.

He slowly realised that three decades of emotionally-draining work dealing with horrific car crashes, murders and assaults had finally caught up with him.

PC Ellis said: "In the general population, something like one in four people suffer mental illness: in the emergency services it's nine out of ten people, because we are the ones who hold everyone else up.

"The guys dealing with that awful fire at Grenfell Tower then have to go back to the fire station and tomorrow they're dealing with something else.

"You do get offered help but you say 'I'm fine, I'm going to go out for a beer'.

"A lot of people are on that journey but they will put it away, and that can result in much worse illness."

He revealed that he also has firsthand experience, having suffered from Post-Traumatic Stress Disorder (PTSD) after being involved in a serious car crash.

He said: "Mental health problems can affect each and every one of us.

"I think there is still a bit of a macho culture about not wanting to talk, and people needing to understand it is ok to say you don't feel ok.
We have a critical incident debriefing team so where there has been a serious road traffic accident or fatality at a fire, staff can talk about these things, particularly younger staff: you could talk about maybe waking up in the night thinking about it."

He said: "There is a lot there, but we know we have got to go further."

She said: "We hope that Mike’s story and his positive experience of talking to his employer about his mental health will give others the confidence to speak to their employer when they feel they need support.

"We appreciate the value of sharing experiences in breaking down the stigma around mental health, and hope that this will also encourage other businesses and employers to put measures in place to support their staff’s wellbeing."

PFEW PTSD Taser Firearms Officers wellbeing Terror Threat NPCC Mental Health PFOA Armed Police Numbers welfare IPCC ARV WSP Police Scotland illegal firearms Terror attack PSNI Home Office West Mids Police AFO Armed Police Assault on Police Welfare Support Programme Metropolitan Police
I have recently been medically retired from the police with PTSD following a serious injury on duty a few years ago. I would not be here if it was not for the PFOA - they literally saved my life. In February 2017 I was long-term sick off of work and I was in a very bad place. Whilst I have been unable to continue as a serving officer, I will forever be indebted to the PFOA. I will never be able to repay them for all that they did. All I can say is thank you so much from me and my family.
PFOA assisted by offering counselling/coaching support to officer’s family. A respite break was granted to allow the officer and his family to get away and spend some valuable time together as a family unit.
The PFOA purchased a new cross trainer and have loaned this to the officer to enable him to remain active and hopefully return to Ops.
PFOA arranges support for the officers involved prior to the Inquest and after by way of a respite breaks and NLP Coaching or Counselling.
I would like to personally thank the PFOA for the gifts we received for our daughter. The timing could not have been better. the week the gifts arrived, she had lost her hair and was due to go back to hospital for her next round of chemotherapy treatment which she was not looking forward to. Opening the parcel put a big smile back on her face for two reasons. firstly, because you had chosen as gifts exactly what she would have chosen for herself. But secondly and more importantly, because she realised other people ere also thinking of her and willing her to get better. People she had never met.
Thank you so much for the shopping vouchers, they will come in very handy. Thank you for helping my daddy to be himself again. Keep helping police officers because some people don’t understand how hard it can be and they are doing a great thing.
This act of kindness was greatly appreciated by us both at what is a very difficult time for our family.
© 2017 PFOA - Police Firearms Officers Association
Head Office: Chatteris Police Station, 18 East Park Street, Chatteris,
Cambridgeshire PE16 6LD - Tel: 01354 697 890
Email: [email protected]