Officer let down during PTSD battle 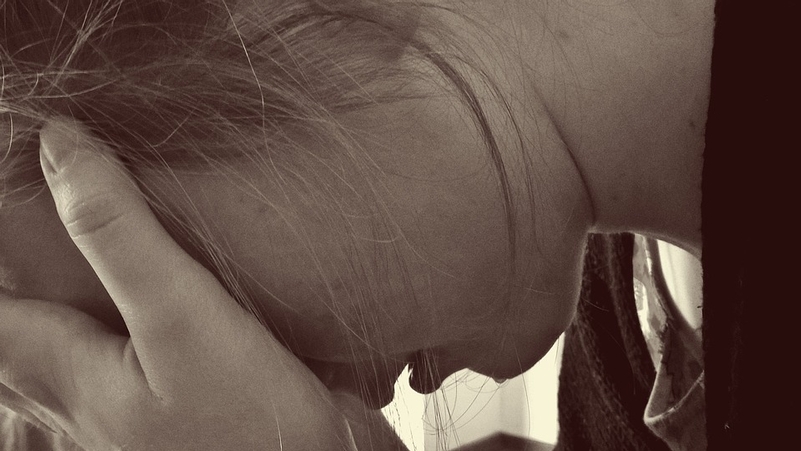 PC pens open and honest letter about experiences of struggling to be referred for crucial therapy.

“A tragic fatal, a few hangings, countless sudden deaths, a horrendous assault on colleagues and first attending officer at a murder. Now I am here. In the space of 18 months I have gone from being a very capable response officer, to being off on long term sick. I can’t help but feel like a failure for being here already, at a relatively early point in my career.

“The term “PTSD” has been thrown around a lot. Although I am being treated now, I find myself questioning things on a daily basis. How on earth did I get here? Have I been damaged beyond repair? Will I ever be the person I was before this? And ultimately, could this have been prevented?

“I guess a lot of those questions may remain unanswered for the time being, but one thing I know for certain is that I would not wish this on my worst enemy.

“I have considered regularly whether there is anything I could have done to prevent myself getting to this point. I think it is in our very nature as police officers to think that we have to be strong and that we can cope; and for the most part we can. Each of the incidents I mentioned individually would still have been very unpleasant, however I am certain that I could have come to terms with and processed them in time.

“The problem with policing of course is you never know what is around the corner. It is the cumulative effect of exposure to multiple trauma incidents that has broken me. We are all human beings underneath our uniform and it is a simple fact that the human brain can only cope with so much.

“I was mildly aware of my mental health deteriorating, but I would try to ignore it, to carry on, assuming it would get better on its own or just putting it down to having a bad day. I will let you imagine for yourselves the effect this had on my personal life.”

Seven months before taking leave the Hampshire PC realised she was not coping and eventually plucked up the courage to seek help after being held back by her fears of being branded “bonkers” coupled with uncertainties of who she would be confiding in.

The PC explains how fear also stopped her off from visiting her GP, so decided to put on a brave face and carry on.

“I don’t think I would have ever admitted defeat and chosen to go off work. I had asked for help and essentially been told no. I felt as though I must battle on because I looked around at my colleagues, and outwardly they appeared to be coping. They seemed fine so why didn’t I feel fine? It was only after the pressure began having such an effect on my personal life and physical health that I was left with no choice but to speak with my GP,” she added.

The officer was soon signed off with “stress” and prescribed anti-depressants, with the hope of returning to work soon after with help from Occupational Health services.

However, it took three weeks to secure an appointment, was not offered any therapy after disclosing she visited her GP regularly despite admitting she was suicidal and passed onto the NHS where the waiting list for Cognitive Behavioural Therapy was up to eight months.

“What was I supposed to do for eight months? I felt stuck at home and worse than before. Not only was I having to confront and accept myself that I am unwell, but I now felt unsupported and forgotten about by the organisation,” she added.

She began looking into ways of helping herself and discovered support networks aimed at police officers, but these were aimed at those with mild stages of poor mental well-being, and not PTSD or severe depression.

“After two months of being off work, I was getting nowhere, l felt I had been well and truly defeated by my damaged brain. The frustration became too much to bear. I somehow mustered up the courage to speak up, mainly out of pure desperation.

I had an uncomfortable conversation with my line manager informing him in unpleasant detail exactly why I was off, and that I was feeling unsupported. Although I am very glad I did, this is something I never should have felt I had to do; something I worry that most others would not do.

“A despairing friend also made contact with the Police Federation on my behalf. Thankfully these people fought my corner for me when I had completely run out of energy.”

Ten weeks after first going off sick, she finally attended her first session of trauma therapy - and that is finally beginning to have a positive impact.

“This experience has made me realise how common mental health concerns are among police officers. Far more than I have ever cared to notice previously. Many colleagues have reached out to me; some were shocked as they never realised I was struggling, others told me of their own struggles and made me feel slightly less alone," she added.

“I can’t help but wonder whether I wasn’t provided help sooner because of the associated cost involved? This baffles me.

"With police numbers being at an all-time low and saving money being at the top of the agenda; surely it is more cost effective to pay for treatment, (therefore encouraging a swift return to work) than to do nothing and pay a full wage to officers off sick for a prolonged period of time?”

Home Office Firearms Officers Mental Health Armed Police Numbers illegal firearms PFEW Armed Police ARV Protect The Protectors NPCC Taser PTSD Metropolitan Police Terror attack PFOA College of Policing WSP West Mids Police welfare wellbeing Welfare Support Programme AFO Terror Threat Police Scotland Assault on Police
I have recently been medically retired from the police with PTSD following a serious injury on duty a few years ago. I would not be here if it was not for the PFOA - they literally saved my life. In February 2017 I was long-term sick off of work and I was in a very bad place. Whilst I have been unable to continue as a serving officer, I will forever be indebted to the PFOA. I will never be able to repay them for all that they did. All I can say is thank you so much from me and my family.
PFOA assisted by offering counselling/coaching support to officer’s family. A respite break was granted to allow the officer and his family to get away and spend some valuable time together as a family unit.
The PFOA purchased a new cross trainer and have loaned this to the officer to enable him to remain active and hopefully return to Ops.
PFOA arranges support for the officers involved prior to the Inquest and after by way of a respite breaks and NLP Coaching or Counselling.
I would like to personally thank the PFOA for the gifts we received for our daughter. The timing could not have been better. the week the gifts arrived, she had lost her hair and was due to go back to hospital for her next round of chemotherapy treatment which she was not looking forward to. Opening the parcel put a big smile back on her face for two reasons. firstly, because you had chosen as gifts exactly what she would have chosen for herself. But secondly and more importantly, because she realised other people ere also thinking of her and willing her to get better. People she had never met.
Thank you so much for the shopping vouchers, they will come in very handy. Thank you for helping my daddy to be himself again. Keep helping police officers because some people don’t understand how hard it can be and they are doing a great thing.
This act of kindness was greatly appreciated by us both at what is a very difficult time for our family.
© 2017 PFOA - Police Firearms Officers Association
Head Office: Chatteris Police Station, 18 East Park Street, Chatteris,
Cambridgeshire PE16 6LD - Tel: 01354 697 890
Email: [email protected]