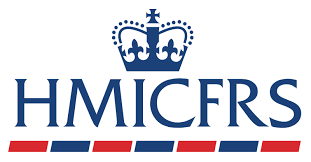 Sir Thomas Winsor, Her Majesty’s Chief Inspector of Constabularies, has today (12th June 2018) released his annual assessment of policing in the UK.

The ‘State of Policing’ report contains his assessment of the efficiency and effectiveness of policing in England and Wales for the inspection year 2017.

Officer and staff welfare has come out as one of the key area of focus alongside; demand, Crime prevention and children’s and adolescents’ mental health services, disclosure, ICT and the rise in violent crime.

On the subject of officer and staff welfare, Sir Thomas said:

“It is vital that the mental health and welfare of police officers and staff are assessed properly by forces, and that they are given the support they need.

“Not only is this important for the individuals, but on a more systemic level, it matters to the effectiveness and efficiency of the force. If a police force’s most important assets – its people – are under undue strain, whether in terms of workload or the nature of the work they do and the effects of that work on them, the force’s ability to service the public is compromised.”

The welfare of officers and staff in police forces is of first importance.

It is true that there are aspects of police work that set forces apart from most organisations. In some ways, the police service is unique. But there is also a great deal that running a police force has in common with running other types of organisation.

Leaders, whether in police forces, hospitals, large corporations, small businesses or the learned professions, should create the conditions that enable staff to achieve their organisation’s objectives in the most effective and efficient way.

It is vital to the officers and staff themselves; to the leaders of forces, and those who hold them to account; and to the public, who rely on the police to keep them safe. I mean welfare in its widest sense. I mean it in physical terms: officers face physical risks every day because of demand, their workloads and the nature of the work they are doing. In many cases, they also face the risk of injury or assault – sometimes severe or life-threatening.

I also mean welfare in terms of officers’ and staff members’ mental health: the severe stresses that come not only from the pressure of the job and the workload, but also from the most appalling things officers must face in their working lives.

I do not only mean the angry and dangerous man, armed with a weapon; or the reckless or even murderous driver of a vehicle; or the person in mental health crisis, endangering their own life or the lives of people nearby.

I also mean serious road traffic collisions; sudden deaths and suicides, sometimes of young people; people who have died in fires or by violence of all kinds. The person who died alone, whose body was not found for a long time; the cot death; the most unspeakable crimes against children; the list goes on and on.

It is vital that forces have adequate systems for giving people the support they need.

These things have profound and lifelong effects on the police officers and staff who have to deal with them. It is inevitable that they will take those experiences home, and they will live with them for ever.

We must determine whether forces properly assess and deal with the effects of these things on the mental health and welfare of officers and staff. Do they understand the knock-on effects on their loved ones when they have dealt with a motorway smash, or cut down the body of a teenage girl who has hanged herself in despair and then had to tell her parents? When they lie awake, unable to forget what they have seen, and withdraw into depression and worse, their families suffer too.

It is vital that forces have adequate systems for assessing these things, and giving people the support they need. This matters not only in human terms for the officers and staff themselves, and their families; on a more systemic level, it matters to the effectiveness and efficiency of the force.

It becomes much more difficult to improve efficiency if officers and staff are impaired, physically or mentally, and often both.

If a police force’s most important assets – its people – are under undue strain, whether in terms of workload or the nature of the work they do and the effects of that work on them, the force’s ability to serve the public is compromised.

Of course policing can and should be made more efficient. That is something all officers and staff, at all levels, know well. But it becomes much more difficult to improve efficiency if officers and staff are impaired, physically or mentally, and often both.

ARV Home Office Armed Police Numbers PFEW welfare IPCC Taser Terror attack Mental Health Assault on Police PFOA Welfare Support Programme PTSD Terror Threat College of Policing Protect The Protectors Armed Police West Mids Police illegal firearms Police Scotland WSP wellbeing AFO Firearms Officers Metropolitan Police
I have recently been medically retired from the police with PTSD following a serious injury on duty a few years ago. I would not be here if it was not for the PFOA - they literally saved my life. In February 2017 I was long-term sick off of work and I was in a very bad place. Whilst I have been unable to continue as a serving officer, I will forever be indebted to the PFOA. I will never be able to repay them for all that they did. All I can say is thank you so much from me and my family.
PFOA assisted by offering counselling/coaching support to officer’s family. A respite break was granted to allow the officer and his family to get away and spend some valuable time together as a family unit.
The PFOA purchased a new cross trainer and have loaned this to the officer to enable him to remain active and hopefully return to Ops.
PFOA arranges support for the officers involved prior to the Inquest and after by way of a respite breaks and NLP Coaching or Counselling.
I would like to personally thank the PFOA for the gifts we received for our daughter. The timing could not have been better. the week the gifts arrived, she had lost her hair and was due to go back to hospital for her next round of chemotherapy treatment which she was not looking forward to. Opening the parcel put a big smile back on her face for two reasons. firstly, because you had chosen as gifts exactly what she would have chosen for herself. But secondly and more importantly, because she realised other people ere also thinking of her and willing her to get better. People she had never met.
Thank you so much for the shopping vouchers, they will come in very handy. Thank you for helping my daddy to be himself again. Keep helping police officers because some people don’t understand how hard it can be and they are doing a great thing.
This act of kindness was greatly appreciated by us both at what is a very difficult time for our family.
© 2017 PFOA - Police Firearms Officers Association
Head Office: Chatteris Police Station, 18 East Park Street, Chatteris,
Cambridgeshire PE16 6LD - Tel: 01354 697 890
Email: info@pfoa.co.uk