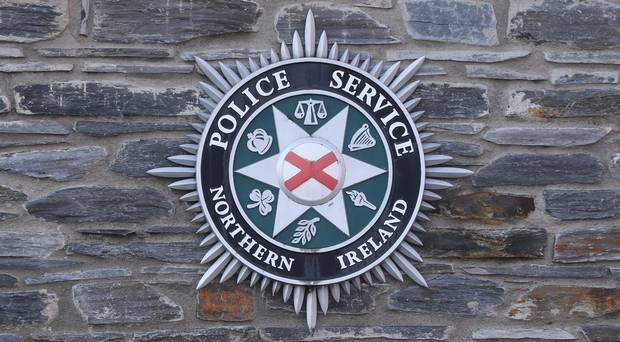 An off-duty PSNI officer has escaped a murder attempt after a masked man came to his door in the middle of the night and pointed a shotgun at him.

The male police officer was at home in the Rosscah/Crevenish Road area in Kesh at around 2am on Thursday when he noticed movement outside his home.

Upon opening his front door to investigate the officer was confronted by a man dressed entirely in black aiming a shotgun at him.

The suspect then made off on foot across nearby fields close to the local football club.

Police believe the disturbing incident was a failed attempt to murder a police officer.

Detective Chief Inspector Julie Mullan said: "There are no words to describe those who would creep through the dark of night with nothing but death and destruction on their minds.

"Their actions stand in stark contrast to those officers, including their intended target, who everyday police our communities with dignity, respect and courtesy.

"Just this week Neighbourhood Policing Team and Local Policing Team officers across Fermanagh and Northern Ireland were out in their communities attending events, giving back to their community and looking forward to continuing to work with them for another year. Never could we have imagined that this is what the New Year would bring."

Detectives are keeping an open mind as to the motivation behind the attack, however a primary line of enquiry is that organised criminal elements may be responsible.

DUP leader Arlene Foster, who represents Fermanagh and South Tyrone, said: "The brazen attempted murder of a police officer in Kesh, Co. Fermanagh is an outrageous attack on a public servant and must be condemned.

"It is a reminder of the threat and danger that police officers face on a daily basis as they try to protect our community.

"I have spoken with the police. They request that anyone with information which may be of use to their investigation should come forward.”

Mark Lindsay, Chair of the Police Federation for Northern Ireland, said: "This was an appalling and cowardly act. The officer was fortunate to escape unhurt. I spoke with him earlier today and, understandably, he has been left badly shaken by the shocking experience of being confronted by a gunman on his doorstep.

“We will provide the officer with whatever assistance he requires to come to terms with what happened. I know every effort will be made to bring his would-be killer to justice and I would echo the appeal made by the PSNI to the public to help in whatever way they can with this robust investigation.

“There should be no place for this type of Mafia-style behaviour. This is gangsterism at its worst and the entire community needs to reject those who would think nothing of murdering a police officer and delivering untold heartache and pain to his family.”

DCI Mullan added: "CID detectives have now initiated a full investigation, which I can assure the community will be thorough and robust. I would take this opportunity to appeal for the help of the people of Kesh and further afield in identifying this would-be killer.

"Were you in the Rosscah/Crevenish Road area early this morning? Did you see anyone or anything you felt was suspicious? Did you capture dashcam footage? Do you have any information about this crime? No matter how small or insignificant it may seem, please get in touch. The investigation team can be contacted by calling 101, quoting reference 126 02/01/20.”

College of Policing NPCC PFEW ARV Police Scotland Assault on Police AFO Metropolitan Police Armed Police Numbers PFOA Armed Police Terror Threat WSP West Mids Police Firearms Officers Terror attack wellbeing Protect The Protectors Mental Health welfare Welfare Support Programme Taser illegal firearms PTSD Home Office
I have recently been medically retired from the police with PTSD following a serious injury on duty a few years ago. I would not be here if it was not for the PFOA - they literally saved my life. In February 2017 I was long-term sick off of work and I was in a very bad place. Whilst I have been unable to continue as a serving officer, I will forever be indebted to the PFOA. I will never be able to repay them for all that they did. All I can say is thank you so much from me and my family.
PFOA assisted by offering counselling/coaching support to officer’s family. A respite break was granted to allow the officer and his family to get away and spend some valuable time together as a family unit.
The PFOA purchased a new cross trainer and have loaned this to the officer to enable him to remain active and hopefully return to Ops.
PFOA arranges support for the officers involved prior to the Inquest and after by way of a respite breaks and NLP Coaching or Counselling.
I would like to personally thank the PFOA for the gifts we received for our daughter. The timing could not have been better. the week the gifts arrived, she had lost her hair and was due to go back to hospital for her next round of chemotherapy treatment which she was not looking forward to. Opening the parcel put a big smile back on her face for two reasons. firstly, because you had chosen as gifts exactly what she would have chosen for herself. But secondly and more importantly, because she realised other people ere also thinking of her and willing her to get better. People she had never met.
Thank you so much for the shopping vouchers, they will come in very handy. Thank you for helping my daddy to be himself again. Keep helping police officers because some people don’t understand how hard it can be and they are doing a great thing.
This act of kindness was greatly appreciated by us both at what is a very difficult time for our family.
© 2017 PFOA - Police Firearms Officers Association
Head Office: Chatteris Police Station, 18 East Park Street, Chatteris,
Cambridgeshire PE16 6LD - Tel: 01354 697 890
Email: info@pfoa.co.uk