May 30 Posted by PFOA Admin in Police Firearms Officers Association 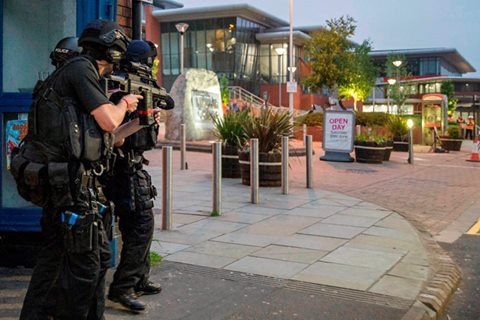 Emergency services have held a live training exercise to test the response to a terror attack in Lincoln city centre.

They focussed on how they would respond to a terrorist attack at the centre, an exercise similar to others carried out across the country which was not conducted in response to any specific threat to the county or the centre.

The scenario saw a number of ‘terrorists’ enter the main building at the college armed with knives and firearms before carrying out a marauding assault at various buildings within the college grounds.

Around 100 volunteers gave their time to participate in this exercise.

The exercise concluded at just before 1.30am and was held in College buildings on Monks Road, part of which was closed to traffic throughout. 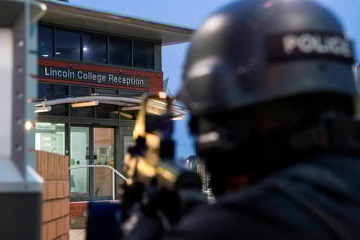 ACC Shaun West from Lincolnshire Police said: “We have spent a number of months planning this exercise and it’s given us the chance to test exactly how we would respond to a threat such as this, and how we would work with other agencies in ensuring an attack like this is brought to a conclusion as swiftly and safely as possible.

“We’re not immune here in Lincolnshire. People automatically think of big cities as being targets because they’re so densely populated and while that is true it’s not out of the question that something like this could happen in a less busy city. The national threat remains at ‘severe’ and so we have to ensure we are as prepared as we can be in the event that terrorism does come to our county.

“We have a positive relationship with our blue light colleagues and those from other national agencies and this exercise has only served to strengthen those ties. I want to thank Lincoln College for allowing us to use their buildings and grounds and the volunteers who gave their time to make this scenario as realistic as possible.”

Ian Reed from Lincolnshire County Council Emergency Planning Service said “Organisations from the Lincolnshire Resilience Forum (LRF) including the emergency services and local authorities were involved in both the planning and the actual exercise that took place overnight.

“Malicious acts are one of the enduring risks on the Lincolnshire Community Risk Register and this exercise offered a unique opportunity for LRF agencies to plan, train and exercise together in the response to an incident of this nature.

I would like to thank all those that took part and the local community for their co-operation. Lessons learned will be taken forward and incorporated into future planning arrangements.”