More needs to be done sooner' for police welfare 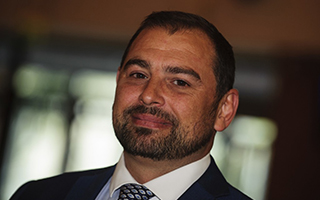 Police wellbeing is the focus of a new 'goal' being launched today by the Home Office in conjunction with partners in policing and mental health.

Police Federation Vice-Chair Ché Donald who attended the meeting said: “This is a positive step forward to improving the welfare support available to officers up and down the country. The timescales for officers to see and feel this support on the ground will be key to convincing them that the Chiefs mean action.

"Resilience in the police service is at an all-time low - with unprecedented cuts and officers being asked to do more with fewer resources - it’s no surprise that this is having an overwhelming negative impact on their health and wellbeing.

"Findings from our demand, capacity and welfare survey revealed that a concerning 80% of officers said they suffered from stress, low mood and anxiety. 92% of which said their psychological difficulties had been caused or made worse by work.

"Police officers are exposed to horrific things on a daily basis which undoubtedly have a significant impact on their mental health and wellbeing. Things that others wouldn’t even experience in a lifetime. But because ‘it’s their job’ it seems there is an expectation for them to brush it off - but police officers are not immune and early intervention and support is crucial in ensuring their long-term welfare and the overall sustainability of our police service.

"I am positive that we are making progress and we have a shared vision in place for the future of police welfare but more needs to be done sooner to ensure that all forces have appropriate and consistent welfare provisions in place to look after the people who we rely on to keep us safe.