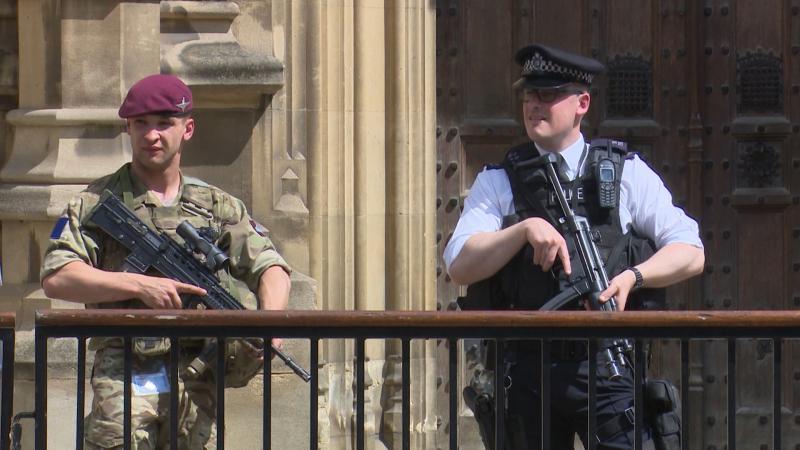 The UK's domestic security service said it stopped nine terror attacks this year, though it failed to prevent five others.
MI5 prevented a total of nine terrorist attacks in the past year, its boss has told Downing Street officials.

The domestic security service has previously said that 22 plots were foiled since the murder of Lee Rigby.

Andrew Parker, the head of MI5, told the Cabinet of the number of prevented attacks this morning according to Downing Street.

Mr Parker told Theresa May that the defeat of Islamic State in Syria did not mean that the terrorist threat was over.

He warned that social media was being used to incite terrorist attacks from afar.

The numbers have been released ahead of the publication of an investigation into the internal reviews by the security services and police into a wave of terror attacks in Britain this year.
It is meant to assess whether MI5 and counter-terror police could have prevented the five successful terror attacks in the UK this year, killing more than 30 people.

Attacks at Westminster Bridge, Manchester, London Bridge and Finsbury Park have prompted internal reviews by police and MI5. September's attack at Parsons Green was not covered by the report.

The reviews were to establish what intelligence the security services and police held on the attackers ahead of time and identify whether improvements could be made in the way potential terrorists were managed.

David Anderson QC, formerly the independent reviewer of terror legislation, was appointed by the government to provide "independent assurance" of these internal reviews.

Mr Anderson submitted his classified report to the Home Secretary in October, and a version of his findings is to be published by the Government on Tuesday.

Counter-terror investigators in the UK are estimated to be running 500 live investigations involving 3,000 individuals at any one time.