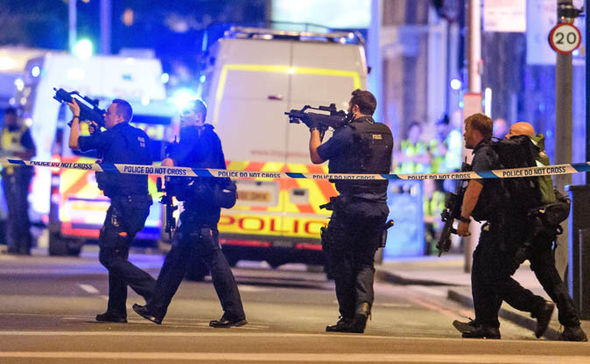 MI5 and police are to carry out the biggest shake-up of their counter-terrorism operations since the 7/7 London bombings in a new attempt to protect the public from further terror attacks.

The main aim of the overhaul will be to find better ways of identifying when known extremists classed as “former subjects of interest” — because they are thought to pose no imminent threat — suddenly decide to carry out attacks.

These will include changes to improve the detection of “trigger” activities — such as financial transactions, meetings or social media exchanges, and purchases of items that could be used in an attack — which could indicate a switch to murderous intent.

Measures to improve the way that police and Security Service officers work together to assess the risks posed by Islamist radicals are also expected, as well as a strengthened focus on Right-wing extremists.
The changes follow reviews by both police and MI5 of what they knew about those who carried out this year’s terror attacks in London and Manchester.

They are understood to have concluded that there was extensive intelligence available before both the Manchester and London Bridge attacks and that potential misjudgments were made in relation to both incidents.

Some of the findings are expected to be published by the Government later this year, although some of the conclusions will remain confidential because they relate to techniques, intelligence, and working methods that remain vital for future counter-terrorism efforts.

The reviews were first announced by Theresa May following the London Bridge murders in June, when she said she “recognised people’s concerns” that opportunities to stop those killings and the earlier attacks might have been missed.

Foreign Secretary Boris Johnson had earlier said that MI5 had questions to answer over its failure to stop Khuram Butt, one of the three London Bridge attackers, a known extremist who appeared in a Channel 4 documentary The Jihadis Next Door.

There were also claims that the Italian authorities had tipped off Britain about another of the London Bridge killers, Youssef Zaghba, a Moroccan whom they had stopped at Bologna airport last year over fears that he was trying to fly to Syria.

Similar concerns were raised about the failure to identify the risk posed by Manchester bomber Salman Abedi, despite evidence that he had taken part in fighting in his family’s Libyan homeland and his father’s alleged extremist connections.

Whitehall sources emphasise that there remains strong confidence in the ability of MI5 and police and that their existing methods have foiled a large number of attacks.

The changes resulting from the reviews were foreshadowed by Andrew Parker, the Security Service’s director general, in a speech last week. He told security journalists that MI5 would be using “the harsh light of hindsight, to squeeze out every last drop of learning” from the attacks and would “look at new ways of doing things”.

There are 20,000 “former subjects of interest” who have been assessed by MI5 but are judged not to pose an active threat. Both Butt and Abedi were in this group and were not identified when they switched to becoming extremists determined to carry out murder.