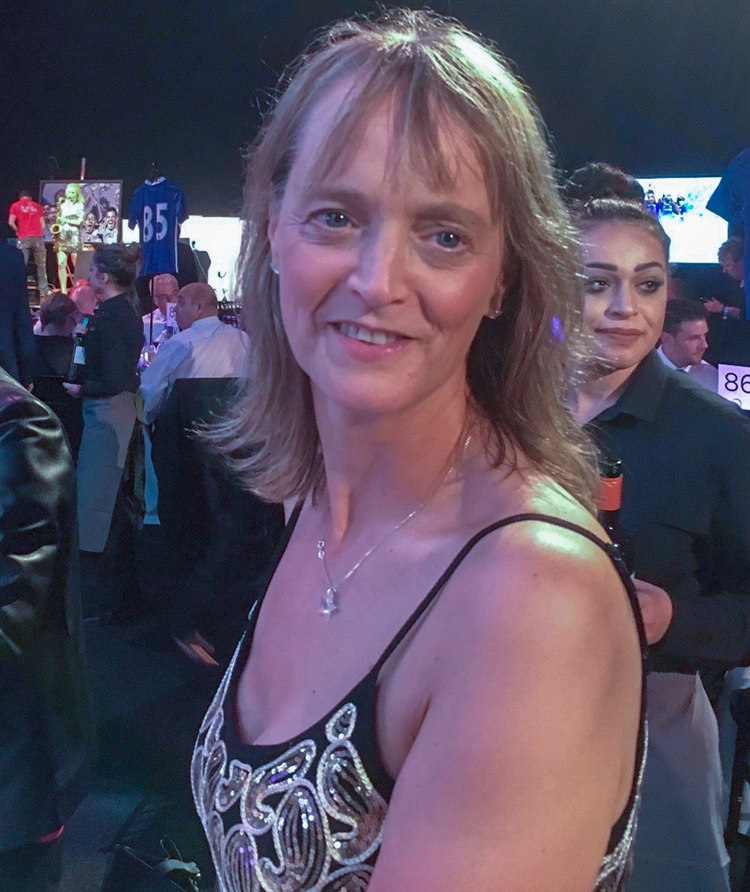 Messages of condolence have flooded in from across the country following the death of a Fenland woman who has helped thousands of police officers nationwide.

The family of Debbie Williams,who died last week aged 53, following a short battle with cancer have been overwhelmed by the messages of support that have come in.

Her husband Mark, who together with Debbie set up and runs the Police Firearms Officers Association, said he and the couple's four children: Katie, 26; James, 23; Megan, 20 and 18-year-old Rachel, have taken comfort from the obvious love and respect people had for Debbie.

The latest illness follows an earlier fight with breast cancer in 2013. This time the cancer returned at the end of January and was an aggressive form that had spread.

The couple, both former police officers, moved to Doddington in 2002 and since then Debbie has made her mark on the local community. She was a governor at the village's Lionel Walden School and also a standard bearer for the local branch of the Royal British Legion.

On top of all that Debbie, together with Mark and other volunteers, launched a national museum at the PFOA's headquarters in Chatteris earlier this year.

Mark said: "She was the driving force in setting up the Museum of Armed Policing, she worked tirelessly to get it just right and was very proud of what we have achieved.

"She worked for the PFOA and has helped support armed police officers across the country - the association looks after 8,500 officers. Debbie was even working when she was ill in hospital making sure the charity functioned and was doing the job of helping officers in need of support.

"We have had letters pour in from people saying how grateful they are for the help she has given and how sorry they are.

"The local community have been great too, really supportive. Debbie was very proud to be a standard bearer and attended funerals of Royal British Legion members. We put out a request for standard bearers to attend her funeral and have been overwhelmed by the response. Fourteen have said they want to come along.

"An armed police response vehicle ( ARV) is going to escort her coffin for the funeral which will be on Tuesday July 16 at Cambridge Crematorium's west chapel and the service will be led by Canon David Wilbraham, the national police chaplain."

The family have asked for donations, instead of flowers, for the woodlands oncology department at Hinchingbrooke Hospital in Huntingdon, where Debbie died on June 20.

"The care they gave Debbie was amazing. All the staff from the porters to the consultants have been brilliant and we just want to say thank-you for their incredible support," said Mark.

Met Firearms Officers transferring out up 1300 per cent

AFO welfare WSP illegal firearms PSNI Assault on Police IPCC Terror Threat Firearms Officers Armed Police Welfare Support Programme Armed Police Numbers PTSD Mental Health West Mids Police Police Scotland NPCC PFEW ARV Terror attack Metropolitan Police Taser wellbeing PFOA Home Office
I have recently been medically retired from the police with PTSD following a serious injury on duty a few years ago. I would not be here if it was not for the PFOA - they literally saved my life. In February 2017 I was long-term sick off of work and I was in a very bad place. Whilst I have been unable to continue as a serving officer, I will forever be indebted to the PFOA. I will never be able to repay them for all that they did. All I can say is thank you so much from me and my family.
PFOA assisted by offering counselling/coaching support to officer’s family. A respite break was granted to allow the officer and his family to get away and spend some valuable time together as a family unit.
The PFOA purchased a new cross trainer and have loaned this to the officer to enable him to remain active and hopefully return to Ops.
PFOA arranges support for the officers involved prior to the Inquest and after by way of a respite breaks and NLP Coaching or Counselling.
I would like to personally thank the PFOA for the gifts we received for our daughter. The timing could not have been better. the week the gifts arrived, she had lost her hair and was due to go back to hospital for her next round of chemotherapy treatment which she was not looking forward to. Opening the parcel put a big smile back on her face for two reasons. firstly, because you had chosen as gifts exactly what she would have chosen for herself. But secondly and more importantly, because she realised other people ere also thinking of her and willing her to get better. People she had never met.
Thank you so much for the shopping vouchers, they will come in very handy. Thank you for helping my daddy to be himself again. Keep helping police officers because some people don’t understand how hard it can be and they are doing a great thing.
This act of kindness was greatly appreciated by us both at what is a very difficult time for our family.
© 2017 PFOA - Police Firearms Officers Association
Head Office: Chatteris Police Station, 18 East Park Street, Chatteris,
Cambridgeshire PE16 6LD - Tel: 01354 697 890
Email: [email protected]