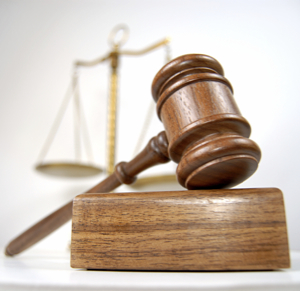 Six men have been sentenced to more than 100 years in prison following a shooting in Bedford last year described as ‘a scene more reminiscent of Chicago in the 1920s’.

Police were initially called to reports of a drive-by shooting in Faraday Square on Friday 8 July 2016, in which a woman was shot in the arm. During the night two gangs continued to fire retaliation shots against each other, with four properties being shot at in total.

A large scale investigation was launched by Bedfordshire Police and a number of people from two different gangs were subsequently arrested and charged. Now six of the men arrested have been sentenced to a combined total of 119 years following a hearing at St Albans Magistrates’ Court over the past two days (28 and 29 November).

The men were found guilty of a number of offences including conspiracy to cause grievous bodily harm (GBH) and possession of firearms in two separate trials at Luton Crown Court in August and September 2017.

The six men sentenced were:

During the sentencing His Honour Judge Lithman said: “The fact no-one was killed was by the grace of God... The gangs turned the streets of Bedford into a scene more reminiscent of Chicago in the 1920s.”

He described the guns used in the shooting as being “the like of which should never be seen on the streets of Great Britain.”

Detective Chief Inspector Will Hawkes said: “This was a complex and lengthy investigation into what was a truly shocking course of events one summer night last year.

“Over the course of one night two gangs engaged in a violent battle against each other and it is extremely lucky no-one died.

“These are very dangerous men who had no qualms about inflicting serious harm, and even death, on each other in order to defend their other gang members.

“We absolutely will not tolerate this in Bedfordshire and we’re working hard with our partner agencies to tackle gang related and firearms criminality.

“This should act as a lesson to others that if you use a firearm to cause harm, violence, or intimidation in our county then you will be caught and made to pay with a significant spell in jail.”

A seventh man, Abdul Kadir, 35, of Salmon Lane, London was found guilty earlier this year of conspiracy to cause GBH with intent, possession of a Skorpian machine pistol and possession of a sawn-off shotgun in relation to the same incident. He awaits sentencing in December.