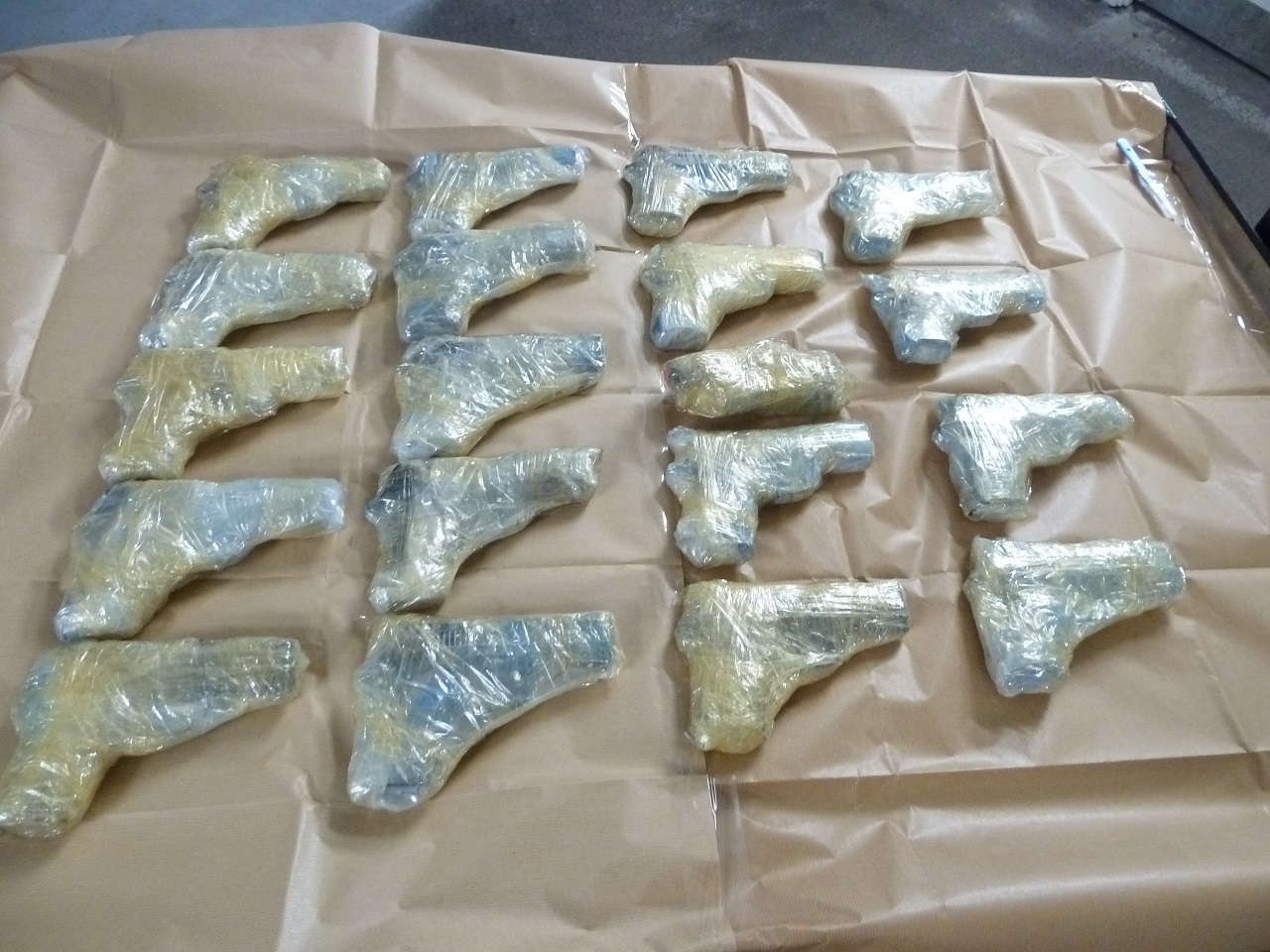 A man has been charged after a National Crime Agency investigation into the discovery of 60 firearms in a car.On Friday morning (2 August) Border Force officers stopped a Volkswagen Passat arriving at the Port of Dover from Calais.

The NCA adopted the investigation.Subsequent searches by specialist deep-rummage teams unearthed another 59 firearms concealed deeply inside the car’s bumper and both rear quarter panels.

The find is believed to be largest seizure of lethal purpose weapons at a port in the UK.Robert Keogh, age 37, from Dublin, has been charged with illegally importing firearms and will appear at Margate Magistrates’ Court on Monday 5 August.Andrea Wilson,

NCA head of regional investigations south, said: “This is a major achievement. The NCA and Border Force have removed a huge haul of lethal firearms and will have made a significant impact on the organised crime group responsible for this attempted importation.“Our investigation into the seizure is ongoing but there’s little doubt that these weapons would have gone on the criminal market and into the hands of seriously dangerous individuals.

“The level of gun crime in the UK is one of the lowest in the world.“But these weapons pose massive potential for harm making their criminal use a priority for the NCA and wider UK law enforcement.“We work internationally to halt the flow of guns trafficked to the UK and Border Force is a vital partner in this work to protect the nation.“This seizure is a great example of that partnership working.

”Nick Drinkal, regional director, Border Force south east & Europe said: “This is a significant seizure of lethal firearms that could have reached the hands of criminal gangs operating within the United Kingdom.“The actions of the officers involved in this event have undoubtedly saved many lives and by doing so has highlighted the vital role Border Force plays, together with our partner agencies, in the fight against organised crime.”

Assault on Police College of Policing WSP Armed Police Protect The Protectors wellbeing NPCC Terror Threat Mental Health Armed Police Numbers Home Office Terror attack ARV PFOA illegal firearms Metropolitan Police PTSD AFO Taser PFEW Police Scotland West Mids Police Welfare Support Programme Firearms Officers welfare
I have recently been medically retired from the police with PTSD following a serious injury on duty a few years ago. I would not be here if it was not for the PFOA - they literally saved my life. In February 2017 I was long-term sick off of work and I was in a very bad place. Whilst I have been unable to continue as a serving officer, I will forever be indebted to the PFOA. I will never be able to repay them for all that they did. All I can say is thank you so much from me and my family.
PFOA assisted by offering counselling/coaching support to officer’s family. A respite break was granted to allow the officer and his family to get away and spend some valuable time together as a family unit.
The PFOA purchased a new cross trainer and have loaned this to the officer to enable him to remain active and hopefully return to Ops.
PFOA arranges support for the officers involved prior to the Inquest and after by way of a respite breaks and NLP Coaching or Counselling.
I would like to personally thank the PFOA for the gifts we received for our daughter. The timing could not have been better. the week the gifts arrived, she had lost her hair and was due to go back to hospital for her next round of chemotherapy treatment which she was not looking forward to. Opening the parcel put a big smile back on her face for two reasons. firstly, because you had chosen as gifts exactly what she would have chosen for herself. But secondly and more importantly, because she realised other people ere also thinking of her and willing her to get better. People she had never met.
Thank you so much for the shopping vouchers, they will come in very handy. Thank you for helping my daddy to be himself again. Keep helping police officers because some people don’t understand how hard it can be and they are doing a great thing.
This act of kindness was greatly appreciated by us both at what is a very difficult time for our family.
© 2017 PFOA - Police Firearms Officers Association
Head Office: Chatteris Police Station, 18 East Park Street, Chatteris,
Cambridgeshire PE16 6LD - Tel: 01354 697 890
Email: info@pfoa.co.uk