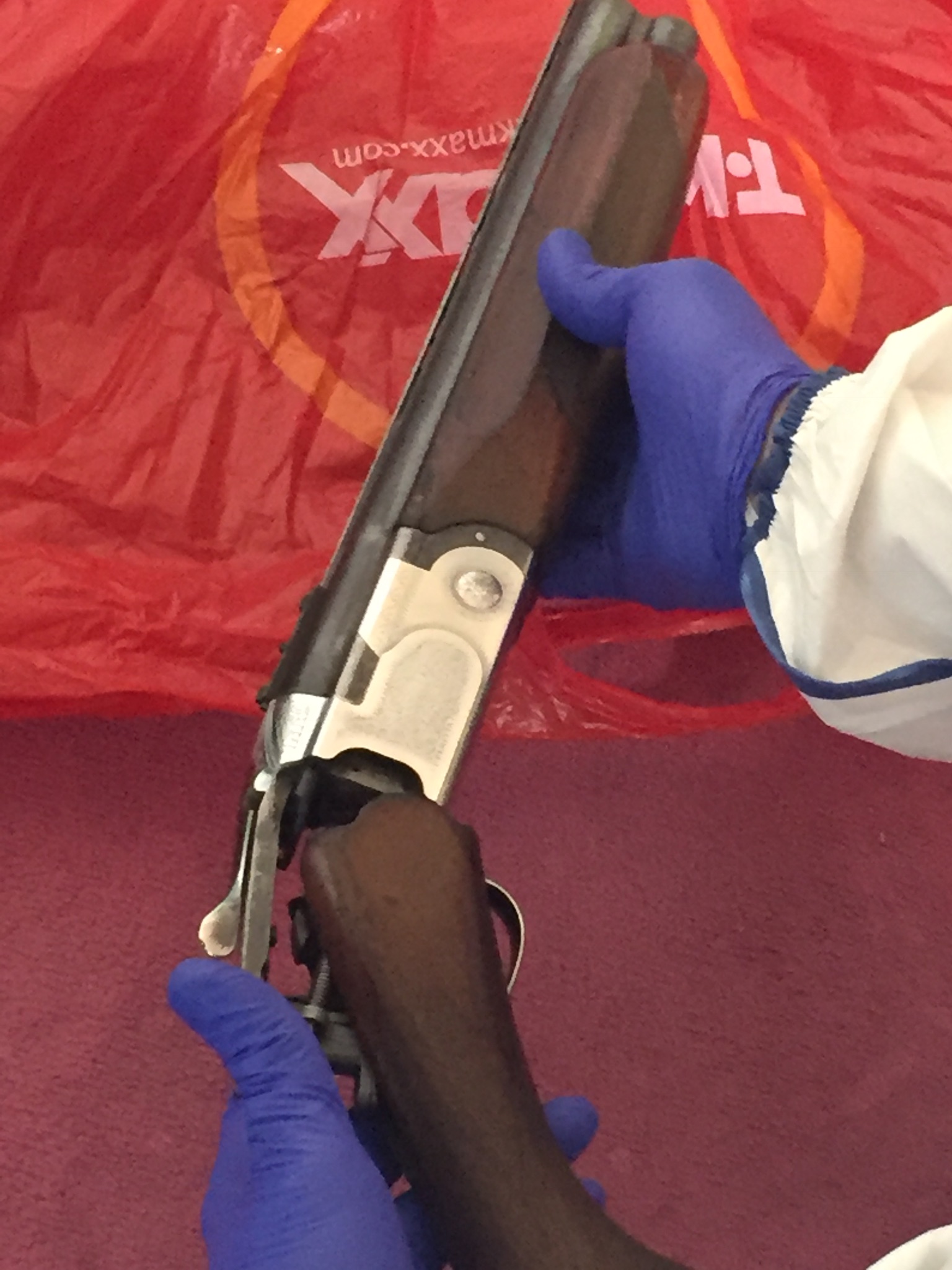 West Midlands Police has taken more than 100 firearms off the region’s streets so far this year - recoveries that have “undoubtedly saved lives" according to the officer leading the fight against gangs in Birmingham.

The haul includes deadly handguns, sawn-off shotguns and even a semi-automatic pistol that was forensically linked to a fatal shooting in Nottingham six years earlier.

And officers working in the Birmingham Organised Crime & Gangs Unit have also seized a crudely constructed homemade shotgun made out of two pieces of steel tubing to fire cartridges.

Inspector Al Teague heads up the unit. He said: “Taking 104 firearms off the streets and out of the reach of dangerous criminals is a great achievement: it shows that we’re acting on quality intelligence to target the right people

“That’s on average about one gun West Midlands Police is seizing every other day and there is no doubt in my mind that this work is saving lives."

The seizures include a sawn-off shotgun and bullet-proof vest found in the loft of Lee McDonald’s home in Hillsmead Road, Kings Norton, during a West Midlands Police raid on 15 March.

He was later jailed for eight years.

Ryan Kopacz is also now behind bars after the force executed a warrant at his Barretts Road home - also in Kings Norton - on 12 April where one handgun was found in a stairs cupboard and another in a lean-to. He was given a five-year prison sentence.

And last week mum-of-two Selina Jarrett was also jailed for five years after the Gangs Unit found a loaded Glock semi-automatic pistol stashed in a hallway cupboard of her home in Bellevue, Edgbaston, on March 16.

Ballistics experts from NABIS - the National Ballistics Intelligence Service - test fired the pistol and microscopic examination of the bullet markings indicated the same weapon was used in the fatal shooting of Malakai McKenzie in Nottingham on 21 April 2012.

Det Insp Teague added: “The mini Glock, an American make, is not a firearm we commonly recover. It is a highly effective weapon and would be worth thousands on the black market, especially with the ammunition it had with it.

“I’ve no doubt that the recovery of that weapon has prevented people from being seriously injured and even possible further murders. Each one of the rounds recovered constitutes a potential murder that we’ve now prevented."

February saw the most firearms recovered in a single month this year - with a total of 15 being found - followed by May (14) and March (13). Three firearms have so far been seized during October.

Anyone who suspects someone is in possession of an illegal firearm, or is storing one at their home, is asked to call the force on 999 or the independent charity Crimestoppers on 0800 555111. Callers will not be asked their name and the call cannot be traced.

Armed Police Assault on Police Home Office Terror Threat welfare wellbeing ARV PFEW Terror attack illegal firearms Police Scotland Mental Health PFOA Protect The Protectors AFO PSNI Armed Police Numbers Taser Metropolitan Police West Mids Police WSP Firearms Officers Welfare Support Programme PTSD NPCC
I have recently been medically retired from the police with PTSD following a serious injury on duty a few years ago. I would not be here if it was not for the PFOA - they literally saved my life. In February 2017 I was long-term sick off of work and I was in a very bad place. Whilst I have been unable to continue as a serving officer, I will forever be indebted to the PFOA. I will never be able to repay them for all that they did. All I can say is thank you so much from me and my family.
PFOA assisted by offering counselling/coaching support to officer’s family. A respite break was granted to allow the officer and his family to get away and spend some valuable time together as a family unit.
The PFOA purchased a new cross trainer and have loaned this to the officer to enable him to remain active and hopefully return to Ops.
PFOA arranges support for the officers involved prior to the Inquest and after by way of a respite breaks and NLP Coaching or Counselling.
I would like to personally thank the PFOA for the gifts we received for our daughter. The timing could not have been better. the week the gifts arrived, she had lost her hair and was due to go back to hospital for her next round of chemotherapy treatment which she was not looking forward to. Opening the parcel put a big smile back on her face for two reasons. firstly, because you had chosen as gifts exactly what she would have chosen for herself. But secondly and more importantly, because she realised other people ere also thinking of her and willing her to get better. People she had never met.
Thank you so much for the shopping vouchers, they will come in very handy. Thank you for helping my daddy to be himself again. Keep helping police officers because some people don’t understand how hard it can be and they are doing a great thing.
This act of kindness was greatly appreciated by us both at what is a very difficult time for our family.
© 2017 PFOA - Police Firearms Officers Association
Head Office: Chatteris Police Station, 18 East Park Street, Chatteris,
Cambridgeshire PE16 6LD - Tel: 01354 697 890
Email: info@pfoa.co.uk