Jermaine Baker shooting: Firearms officer will not be charged 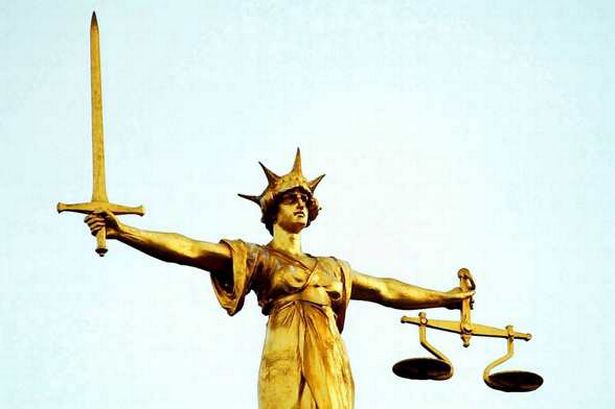 A Met Police firearms officer will face no charges over the shooting of a man who was killed in a botched attempt to free a prisoner, prosecutors said.

Jermaine Baker was killed in London by armed officers in December 2015.

He was with two other men in a car near Wood Green Crown Court who had intended to help spring an inmate from a prison van.

Firearms officers were deployed to foil the plan and the 28-year-old was shot dead during the escape attempt.

Mr Baker's family previously raised "serious concerns" over his death saying: "Our priority is to find out the truth and have anyone responsible for his death held to account."

Last year the family failed at the High Court to stop the officer who managed the operation from resigning from the Met. A Crown Prosecution Service (CPS) spokesman said: "The officers reasonably believed that the men in the car were dangerous individuals, who were armed and prepared to use their weapons to achieve their criminal purpose.

"Having taken account of all the evidence provided by the Independent Police Complaints Commission (IPCC), the CPS has concluded that there is not a realistic prospect of conviction.

"The prosecution could not prove to the required standard that [the officer] was being untruthful about his belief that Mr Baker was armed and reaching for a weapon to fire [at] the officers."

The officer had fired one shot which hit and killed Mr Baker, from Tottenham.

A search found Mr Baker was unarmed but an imitation firearm was found in a holdall in the rear foot well of the car, the CPS said.

The IPCC said it was aware of the CPS decision and was waiting for a response from the Met.

At the time, Mr Baker and his accomplices were attempted to spring Izzet Eren, who was being held on remand at HMP Wormwood Scrubs accused of gun offences, from a prison van going to court.

At the trial of one of Mr Baker's accomplices, Eren Hasyer, Woolwich Crown Court heard the prisoner hatched the escape plot from his cell using a smuggled mobile phone.

Hasyer was found guilty of aiding the attempt to free Eren from the prison van.

Two other men, Nathan Mason and Gokay Sogucakli, had admitted being part of the plan before Hasyer's trial began.

Speaking after Hasyer's conviction, Det Ch Supt Tom Manson, of the Met, described the escape attmpmt as "a bold, well planned and carefully thought out conspiracy that bears all the hallmarks of a professional crime."

Metropolitan Police Home Office PTSD Firearms Officers Mental Health Assault on Police WSP PFOA PFEW Taser Terror attack Armed Police Police Scotland West Mids Police welfare illegal firearms wellbeing PSNI IPCC Protect The Protectors Terror Threat Welfare Support Programme Armed Police Numbers ARV AFO
I have recently been medically retired from the police with PTSD following a serious injury on duty a few years ago. I would not be here if it was not for the PFOA - they literally saved my life. In February 2017 I was long-term sick off of work and I was in a very bad place. Whilst I have been unable to continue as a serving officer, I will forever be indebted to the PFOA. I will never be able to repay them for all that they did. All I can say is thank you so much from me and my family.
PFOA assisted by offering counselling/coaching support to officer’s family. A respite break was granted to allow the officer and his family to get away and spend some valuable time together as a family unit.
The PFOA purchased a new cross trainer and have loaned this to the officer to enable him to remain active and hopefully return to Ops.
PFOA arranges support for the officers involved prior to the Inquest and after by way of a respite breaks and NLP Coaching or Counselling.
I would like to personally thank the PFOA for the gifts we received for our daughter. The timing could not have been better. the week the gifts arrived, she had lost her hair and was due to go back to hospital for her next round of chemotherapy treatment which she was not looking forward to. Opening the parcel put a big smile back on her face for two reasons. firstly, because you had chosen as gifts exactly what she would have chosen for herself. But secondly and more importantly, because she realised other people ere also thinking of her and willing her to get better. People she had never met.
Thank you so much for the shopping vouchers, they will come in very handy. Thank you for helping my daddy to be himself again. Keep helping police officers because some people don’t understand how hard it can be and they are doing a great thing.
This act of kindness was greatly appreciated by us both at what is a very difficult time for our family.
© 2017 PFOA - Police Firearms Officers Association
Head Office: Chatteris Police Station, 18 East Park Street, Chatteris,
Cambridgeshire PE16 6LD - Tel: 01354 697 890
Email: [email protected]