IPCC under fire over firearms officers

May 19 Posted by PFOA Admin in Police Firearms Officers Association 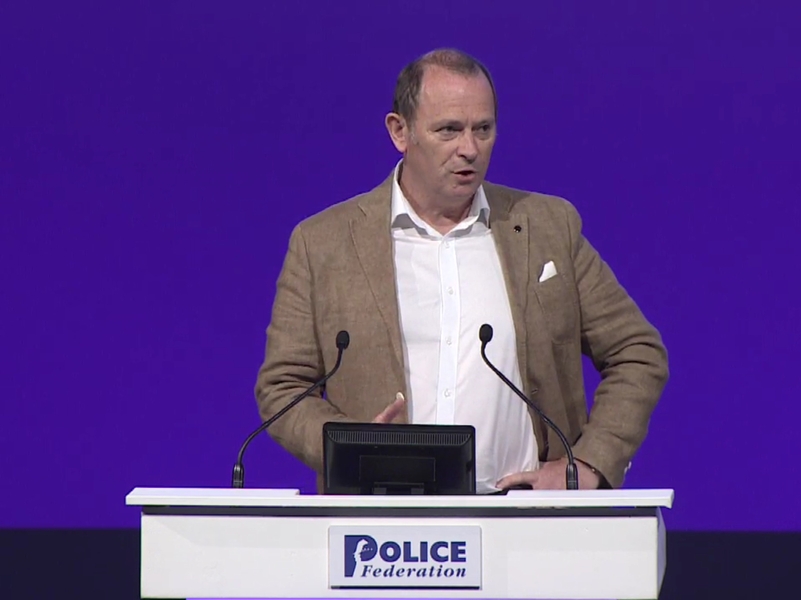 Che Donald, PFEW's lead on firearms pulled no punches in his address to delegates, which was watched by a panel including IPCC Deputy Chair Sarah Green and Simon Chesterman, the NPCC lead for firearms.

He praised officers in England and Wales who volunteer to carry a lethal weapon as the “best trained and most restrained” in the world. Of the 14,753 firearms operations between April 2015 and March 2016 there has only been seven discharges.

Mr Donald said: “The journey to become a firearms officer has a 50% attrition rate. On week one you learn how to shoot someone and on the next nine weeks you learn how to avoid shooting someone. Once a firearms officer discharges a weapon on behalf of the state and in order to protect the public, from that moment they are meant to be witnesses, but the way they are currently dealt with, they feel like suspects. The reason for that is the IPCC.”

Mr Donald explained that nobody objects to an investigation following a death or serious incident, but it should be “fair, transparent and balanced”. Members feel strongly, he said, that the IPCC approach is to seek to apportion blame rather than to establish the facts.

The current Post Incident Procedure (PIP) stands up to scrutiny, said Mr Donald, expressing grave reservations about the IPCC’s insistence that officers should be separated at the post incident suite to avoid 'collusion', adding: “There is a perception of a lack of trust by the IPCC.”

Delegates were shown a scene from the BBC drama Line of Duty where firearms officers shoot a suspect dead and collude to frame the evidence, which Mr Donald said is “so far removed from reality” and yet “there are people out there who believe that this takes place”.

He added PFEW support for the introduction of body-worn video to protect officers and establish evidence, but cautioned that it is very difficult to judge a split-second decision to shoot when playing it back.

Sarah Green outlined that out of a total of 25 investigations into firearms incidents since 2010, there were only three cases where officers were served with notices of investigation. The IPCC had only used its powers of arrest once and she added that a member of the public involved in a death would not be given 24 hours to compose themselves before questioning, so there was a case for equal treatment towards officers.

Delegates also heard from former Met firearms officer Tony Long about his 25 years as a specialist firearms officer and trainer, including incidents where he had made the fateful decision to shoot.  In each case, Mr Long said he had not gone into the situation knowing he would pull the trigger, but had made the decision in a fraction of a second, whereas those investigating afterwards had the benefit of hindsight.

Mr Long said the investigation into him for the killing of Azelle Rodney had hung over him “like a cloud” and cost him employment and financial hardship until finally he was exonerated.