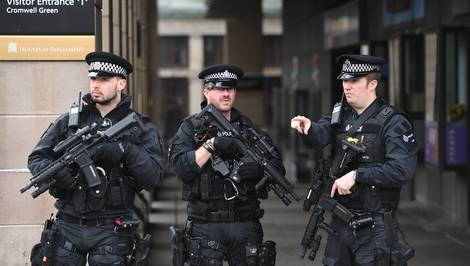 Today the Home Office slipped out its long-awaited Firearms Review designed to examine whether firearms officers had enough protections to carry out their jobs.

Ordered by then PM David Cameron in December 2015, it has taken more than three years to publish a news story on the Home Office website, which includes the 325 words specifically about the firearms review.

The rest of the document is taken up with confirmation that the police watchdog’s post-incident guidance for firearms is now law, even though it was initially published last October, and a link to revised Crown Prosecution Service guidance on prosecutions of police officers.

Ché Donald, Vice Chair of the Police Federation of England and Wales (PFEW) said: “This was meant to be a meaningful review to allay the very real fears of serving firearms officers around being adequately protected and not treated as suspects just for doing their job.

“It was announced when the Government was anxious to recruit an extra 1500 firearms officers after the Paris terror attack and heightened fears in the UK. These fears were then realised with a spate of devastating home-grown attacks in London and Manchester.

“Three years down the line there is still a shortfall of more than 600 firearms officers – and a review that appears to have been written on the back of a cigarette packet.”

Last May,  Mr Donald challenged Home Secretary Sajid Javid at the PFEW's annual conference and asked him why the review had taken so long, inviting him to meet the still-under-investigation firearms officer who was involved in the fatal shooting incident that originally prompted the review.

He said: “Now eight months later we have a shambolic ‘report’ which doesn’t begin to properly address our concerns. It blithely states that ‘the right and legal protections are in place for officers’ and ‘in a great majority of incidents officers were dealt with as witnesses rather than suspects.’ I actually think the Home Office just forgot about the review.

“That is cold comfort for officers out there doing the job, knowing that if they are forced to pull the trigger their lives will probably be overturned while they are under investigation, often for years. Where’s the evidence to show this has been looked into diligently, as we would expect for such a responsible role in policing? Because it’s certainly not in this review.

The Home Office also announced its formal approval of the Independent Office for Police Conduct’s (IOPC) section 22 post-incident guidance following a death or serious injury during arrest, in or following custody or after a firearms incident.

•    The ones covering separation of officers following incidents
•    Anonymity of officers
•    And the ability to allow officers to review their own Body Worn Video footage before providing detailed statements.

Mr Donald said: “There was some movement by the IOPC in relation to softening of the language used but we still hold concerns about how it will be interpreted by their investigators.

About the only positive thing I can find to say about the whole way this review process has been handled is that it recognises the distress that IOPC investigations and legal processes cause for officers, and it concedes that in a number of cases IOPC investigations take too long.”

He added: “This review is a sorry and disappointing post-script to a long, flawed and drawn out process. Quite how this will enable us to recruit the numbers of firearms officers we need to mitigate not only the terror risk, but also the rising tide of violent crime, is not clear.”

wellbeing PFOA Terror attack illegal firearms Home Office College of Policing Assault on Police Mental Health Protect The Protectors welfare Firearms Officers Terror Threat WSP Police Scotland PTSD ARV Metropolitan Police PFEW Armed Police Welfare Support Programme West Mids Police AFO IPCC Taser Armed Police Numbers
I have recently been medically retired from the police with PTSD following a serious injury on duty a few years ago. I would not be here if it was not for the PFOA - they literally saved my life. In February 2017 I was long-term sick off of work and I was in a very bad place. Whilst I have been unable to continue as a serving officer, I will forever be indebted to the PFOA. I will never be able to repay them for all that they did. All I can say is thank you so much from me and my family.
PFOA assisted by offering counselling/coaching support to officer’s family. A respite break was granted to allow the officer and his family to get away and spend some valuable time together as a family unit.
The PFOA purchased a new cross trainer and have loaned this to the officer to enable him to remain active and hopefully return to Ops.
PFOA arranges support for the officers involved prior to the Inquest and after by way of a respite breaks and NLP Coaching or Counselling.
I would like to personally thank the PFOA for the gifts we received for our daughter. The timing could not have been better. the week the gifts arrived, she had lost her hair and was due to go back to hospital for her next round of chemotherapy treatment which she was not looking forward to. Opening the parcel put a big smile back on her face for two reasons. firstly, because you had chosen as gifts exactly what she would have chosen for herself. But secondly and more importantly, because she realised other people ere also thinking of her and willing her to get better. People she had never met.
Thank you so much for the shopping vouchers, they will come in very handy. Thank you for helping my daddy to be himself again. Keep helping police officers because some people don’t understand how hard it can be and they are doing a great thing.
This act of kindness was greatly appreciated by us both at what is a very difficult time for our family.
© 2017 PFOA - Police Firearms Officers Association
Head Office: Chatteris Police Station, 18 East Park Street, Chatteris,
Cambridgeshire PE16 6LD - Tel: 01354 697 890
Email: info@pfoa.co.uk