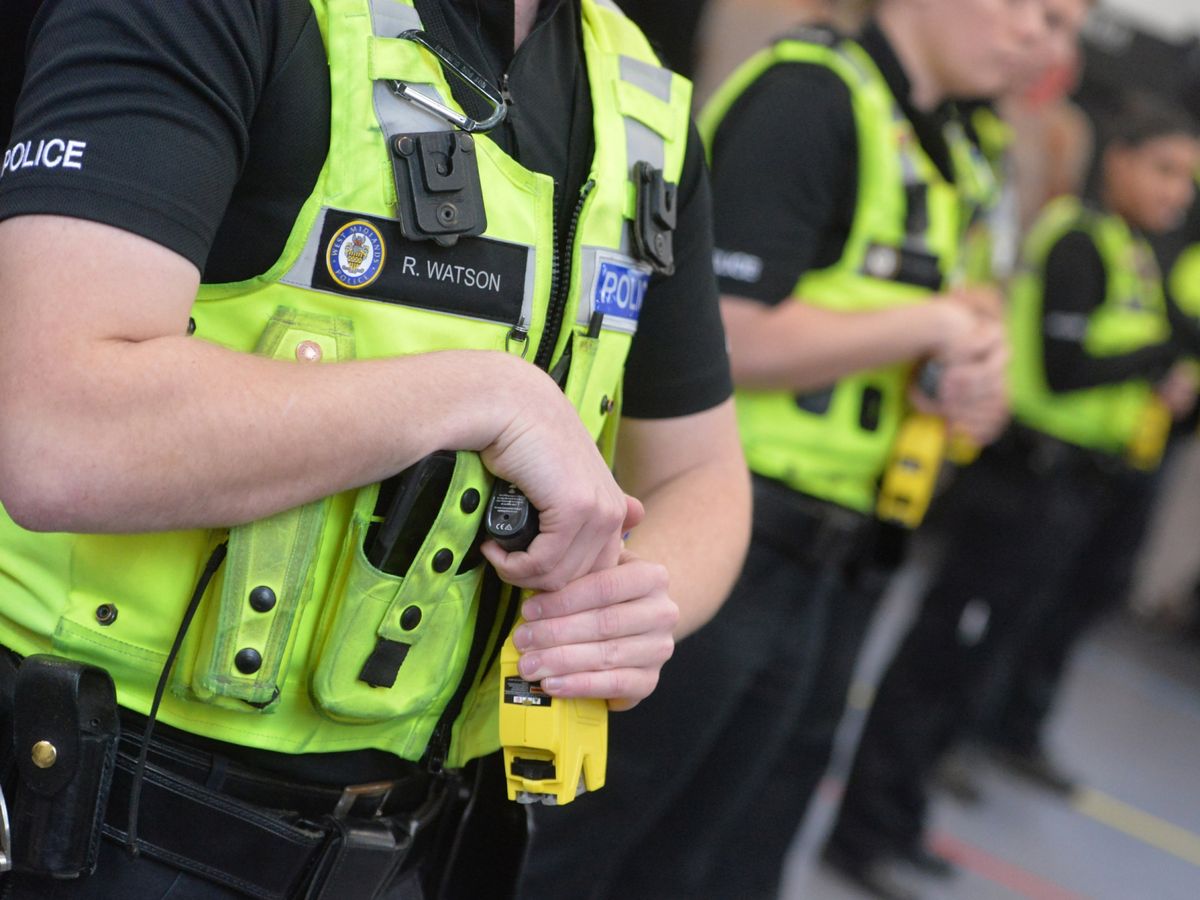 All West Midlands police officers should be armed with Tasers in a bid to stem the tide of rising attacks on cops, a Federation chief has claimed. Sergeant Richard Cooke, a serving officer who is also head of the West Midlands Police Federation, which represents rank and file cops, said he was hugely concerned by the threat facing officers on the region's streets.

Birmingham Live reported last week how 200 cops are attacked every month while doing their duty on the streets of West Midlands, highlighting the dangers brave officers face on a daily basis. It comes as more than a third of the force's officers who took part in a new survey said they did not consider their mental to be good.

Sgt Cooke insisted officers need greater protection and believes equipping all of them with Tasers would make thugs think twice about attacking them. The Police Federation chair claimed "politics" and chiefs not wanting to "be seen to be arming police" is currently preventing a mass Taser roll-out from happening.

He said: "We're getting 200 assaults a month. Bosses are reluctant to give us equipment like Tasers because they're worried about politics and perception when they should be worrying about looking after officers."

Around 1,000 of the 7,500-strong West Midlands force carry Tasers and a review is currently ongoing into whether that number should be expanded. Sergeant Cooke said officers want as much protection as possible when doing their jobs and fears rising attacks could make some cops question whether it is still the right profession for them.

He said: "It's a massive concern for me. We get the (assault) figures every morning, and those are just the ones that are reported. We're campaigning for further Taser roll-out precisely because of this.

"It doesn't prevent all assaults but evidence suggests you're nine times less likely to be assaulted if you've got a big yellow thing strapped to your vest when you get out of the car. It changes the dynamics.

"We're policing some of the most violent streets in Britain. We're subjected to so much risk of being assaulted. We're in the grip of a crime epidemic. We're still in this Victorian mindset of officers going out with a little stick and a tin of spray."

Sgt Cooke also fears a series of recent scandals involving the Met Police have resulted in all cops being "tarred with the same brush" and believes some young officers are finding the job is "not all it was cracked up to be". He said he was not surprised morale within the force was currently so low.

He added: "They are faced with rising assaults, ongoing criticism, a lack of support from politicians and senior officers who have to be seen to pander to the Twitter groups. They don't seem to back us up as much as they should.

"It's a very demoralising job at the moment. I had an officer ring up who is four years is resigning, he's had enough."

West Midlands' elected Police and Crime Commissioner, Simon Foster, has labelled attacks on officers "utterly unacceptable" and has pledged to do all he can to help bring thugs responsible to justice.

Superintendent Martin Hurcomb, from West Midlands Police, said: “There’s nothing more important to us than the safety of our people and the safety of the public. Taser is a really useful tool in a suite of options that help officers to stay safe and to keep people safe.

Once a fortnight a police officer takes own life 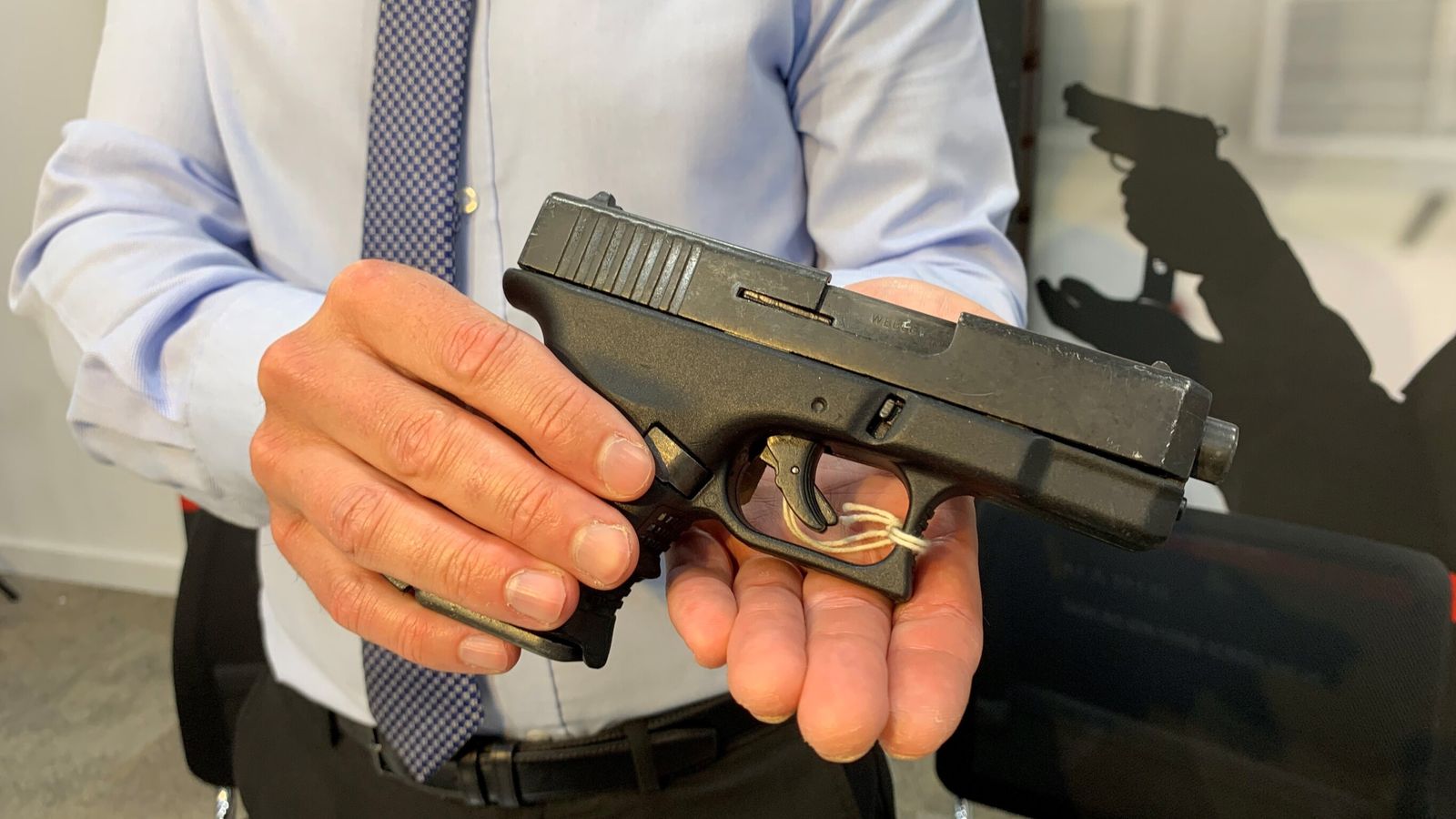 IOPC Terror Threat PFEW West Mids Police Metropolitan Police AFO College of Policing Armed Police Home Office WSP illegal firearms Taser Armed Police Numbers PFOA Firearms Officers Terror attack ARV wellbeing Protect The Protectors Welfare Support Programme PTSD Mental Health Assault on Police Police Scotland welfare
I have recently been medically retired from the police with PTSD following a serious injury on duty a few years ago. I would not be here if it was not for the PFOA - they literally saved my life. In February 2017 I was long-term sick off of work and I was in a very bad place. Whilst I have been unable to continue as a serving officer, I will forever be indebted to the PFOA. I will never be able to repay them for all that they did. All I can say is thank you so much from me and my family.
PFOA assisted by offering counselling/coaching support to officer’s family. A respite break was granted to allow the officer and his family to get away and spend some valuable time together as a family unit.
The PFOA purchased a new cross trainer and have loaned this to the officer to enable him to remain active and hopefully return to Ops.
PFOA arranges support for the officers involved prior to the Inquest and after by way of a respite breaks and NLP Coaching or Counselling.
I would like to personally thank the PFOA for the gifts we received for our daughter. The timing could not have been better. the week the gifts arrived, she had lost her hair and was due to go back to hospital for her next round of chemotherapy treatment which she was not looking forward to. Opening the parcel put a big smile back on her face for two reasons. firstly, because you had chosen as gifts exactly what she would have chosen for herself. But secondly and more importantly, because she realised other people ere also thinking of her and willing her to get better. People she had never met.
Thank you so much for the shopping vouchers, they will come in very handy. Thank you for helping my daddy to be himself again. Keep helping police officers because some people don’t understand how hard it can be and they are doing a great thing.
This act of kindness was greatly appreciated by us both at what is a very difficult time for our family.
© 2017 PFOA - Police Firearms Officers Association
Head Office: The Old Police Station, 18 East Park Street, Chatteris,
Cambridgeshire PE16 6LD - Tel: 01354 697 890
Email: info@pfoa.co.uk