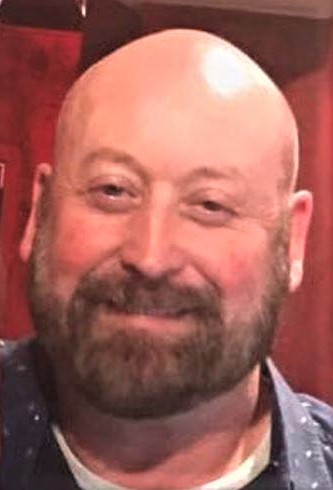 A FORMER cop took his own life after he fell into a deep depression during coronavirus lockdown, his heartbroken family has revealed.

“Warm-hearted” Michael Burton was found dead 72 hours after he was reported missing from the house where he had been staying.

The 54-year-old, who had retired from the force after 26 years service was said to have been deeply affected by his brother’s suicide years earlier.

But relatives said the devoted dad was struggling living under the lockdown restrictions.

He was last seen alive as he left a house he had been staying at in Calow, Chesterfield, on Saturday 18 April.

His body was sadly found in a property in Sheffield, South Yorks, three days later.

Mr Burton’s family said the “very sociable” father was not coping with the current lockdown and he was also deeply affected by the loss of his brother Kevin, who tragically died by suicide on Boxing Day, 2015.

In a statement, his family said: “Mike found the recentCoVID -19 restrictions difficult as he was a very sociable character and he could no longer spend time with his friends and family as he had previously enjoyed.

“This came just months after the inquest into his brother’s tragic suicide, which affected him more than anyone could have known.”

His brother Kevin Burton, 47, was found dead at a bed and breakfast on Boxing Day 2015, having ingested a cocktail of powerful drugs.

He had been prescribed four days’ worth of methadone before being discharged from the psychiatric unit at Chesterfield Royal Hospital just days before Christmas.

An inquest heard how Mr Burton, who had a history of mental health issues and drug abuse, had been admitted weeks earlier following an overdose.

He wrote farewell notes to his family before taking the cocktail of medication.

A coroner said on the balance of probabilities his death would have been avoided had he not been discharged with such a large amount of prescribed medication.

He was an incredibly patient and supportive father, indulging in and promoting a curious mind.

“He had a love of science and nature which he satisfied with watching many documentaries and often wondered if he should have pursued a career in the sciences.

“He is a tragic loss to his family and friends who are in total shock at this moment in time.”

NPCC College of Policing welfare Assault on Police Metropolitan Police Terror attack Armed Police Welfare Support Programme Police Scotland Home Office AFO Terror Threat West Mids Police Firearms Officers PTSD Armed Police Numbers Mental Health PFOA illegal firearms Taser WSP PFEW wellbeing ARV Protect The Protectors
I have recently been medically retired from the police with PTSD following a serious injury on duty a few years ago. I would not be here if it was not for the PFOA - they literally saved my life. In February 2017 I was long-term sick off of work and I was in a very bad place. Whilst I have been unable to continue as a serving officer, I will forever be indebted to the PFOA. I will never be able to repay them for all that they did. All I can say is thank you so much from me and my family.
PFOA assisted by offering counselling/coaching support to officer’s family. A respite break was granted to allow the officer and his family to get away and spend some valuable time together as a family unit.
The PFOA purchased a new cross trainer and have loaned this to the officer to enable him to remain active and hopefully return to Ops.
PFOA arranges support for the officers involved prior to the Inquest and after by way of a respite breaks and NLP Coaching or Counselling.
I would like to personally thank the PFOA for the gifts we received for our daughter. The timing could not have been better. the week the gifts arrived, she had lost her hair and was due to go back to hospital for her next round of chemotherapy treatment which she was not looking forward to. Opening the parcel put a big smile back on her face for two reasons. firstly, because you had chosen as gifts exactly what she would have chosen for herself. But secondly and more importantly, because she realised other people ere also thinking of her and willing her to get better. People she had never met.
Thank you so much for the shopping vouchers, they will come in very handy. Thank you for helping my daddy to be himself again. Keep helping police officers because some people don’t understand how hard it can be and they are doing a great thing.
This act of kindness was greatly appreciated by us both at what is a very difficult time for our family.
© 2017 PFOA - Police Firearms Officers Association
Head Office: Chatteris Police Station, 18 East Park Street, Chatteris,
Cambridgeshire PE16 6LD - Tel: 01354 697 890
Email: info@pfoa.co.uk