Disciplinary proceedings against policeman, dropped due to a series of delays 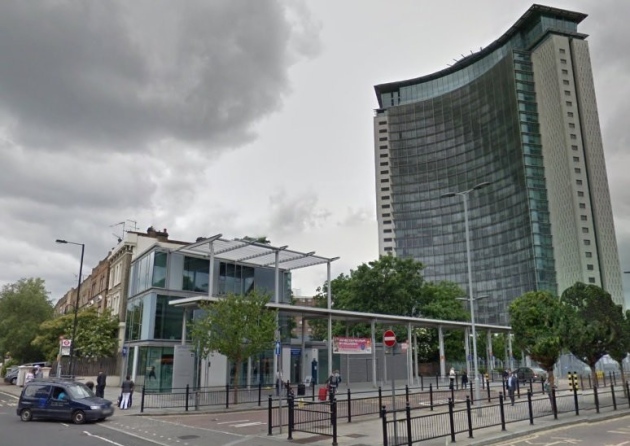 Disciplinary proceedings against a Newham police constable accused of stamping on a teenage boy while he was in custody were dropped on Thursday in a case hampered by delays.

The case against Pc Joseph Harrington, who is alleged to have attacked the then 15-year-old in Forest Gate Police Station days after the 2011 London riots, crawled to a close after a misconduct panel cited “unacceptable” hold-ups from officers acting on information.

Pc Harrington was cleared of assault occasioning actual bodily harm in court five years ago, but placed on restricted duties pending an investigation by the IPCC police complaints watchdog (now known as the Independent Office for Police Conduct, or IPOC).

Chairman Mark McEwan described one of many “unjustifiable” long waits bogging down the probe stating that Pc Harrington’s career and personal life have both been “stilted by years of suspicion”.

Weighing up the “risk of injustice” posed by time delays — including fading memories — with the public interest in investigating claims of gross misconduct, he added: “As a result of this I ask that proceedings be dismissed”, a ruling “accepted by the IPOC”.

Pc Harrington declined to comment when approached by the Recorder after the hearing, referring questions to his solicitor, Colin Reynolds.

Speaking on the panel’s findings, IOPC director Jonathan Green called the case “a sorry tale of complexity, bureaucracy, various legal challenges and delay”, adding: “we regret any distress or anxiety caused by unnecessary delay on our part.

“The new senior leadership team at the IOPC is committed to improving both the quality and timeliness of our investigations and the experience of those who are engaged with the police complaints system.

“We believe that changes made and being made to the system along with improvements to our own procedures will help to ensure no repetition of cases like this.

“We have a small number of long running legacy cases which we are making good progress in bringing to conclusion and we are completing our recent cases quicker – a third within six months and three quarters within a year.”

For Phill Matthews, conduct lead for the Police Federation of England and Wales, which represents officers, the constable’s story “is not an isolated one”.

“Although the IPCC has now been replaced by the IOPC, these lengthy, historic investigations are still going on and they wreak a devastating toll on officers and their families,” he said.

“Seven years is just not acceptable by any standards and puts officers under appalling pressure, during which they cannot move on or get on with their lives.

“The Federation has been working very hard to work with the IOPC to address those issues, not least to examine whether discipline matters could often be dealt with by way of performance management rather than going straight to misconduct as the default.

“We are calling for less of a blame culture to focus more on training or re-training, raising the performance not just of the individual, but forces as a whole.

“In Joe’s case, the glacial progress of the investigation — after which he was completely exonerated — is disappointing, and the Federation is mindful of the toll this took on both himself and his young family.

“But we believe we are slowly making progress with the IOPC and other policing stakeholders and hope that the sceptre of these damaging over-long investigations will soon become a thing of the past.”

Taser welfare Mental Health PTSD AFO Home Office illegal firearms Armed Police Numbers Firearms Officers Protect The Protectors College of Policing wellbeing Terror Threat Metropolitan Police PFEW Welfare Support Programme ARV WSP Armed Police West Mids Police PFOA NPCC Assault on Police Terror attack Police Scotland
I have recently been medically retired from the police with PTSD following a serious injury on duty a few years ago. I would not be here if it was not for the PFOA - they literally saved my life. In February 2017 I was long-term sick off of work and I was in a very bad place. Whilst I have been unable to continue as a serving officer, I will forever be indebted to the PFOA. I will never be able to repay them for all that they did. All I can say is thank you so much from me and my family.
PFOA assisted by offering counselling/coaching support to officer’s family. A respite break was granted to allow the officer and his family to get away and spend some valuable time together as a family unit.
The PFOA purchased a new cross trainer and have loaned this to the officer to enable him to remain active and hopefully return to Ops.
PFOA arranges support for the officers involved prior to the Inquest and after by way of a respite breaks and NLP Coaching or Counselling.
I would like to personally thank the PFOA for the gifts we received for our daughter. The timing could not have been better. the week the gifts arrived, she had lost her hair and was due to go back to hospital for her next round of chemotherapy treatment which she was not looking forward to. Opening the parcel put a big smile back on her face for two reasons. firstly, because you had chosen as gifts exactly what she would have chosen for herself. But secondly and more importantly, because she realised other people ere also thinking of her and willing her to get better. People she had never met.
Thank you so much for the shopping vouchers, they will come in very handy. Thank you for helping my daddy to be himself again. Keep helping police officers because some people don’t understand how hard it can be and they are doing a great thing.
This act of kindness was greatly appreciated by us both at what is a very difficult time for our family.
© 2017 PFOA - Police Firearms Officers Association
Head Office: Chatteris Police Station, 18 East Park Street, Chatteris,
Cambridgeshire PE16 6LD - Tel: 01354 697 890
Email: info@pfoa.co.uk