Detective opens up about trauma of the job after PTSD diagnosis 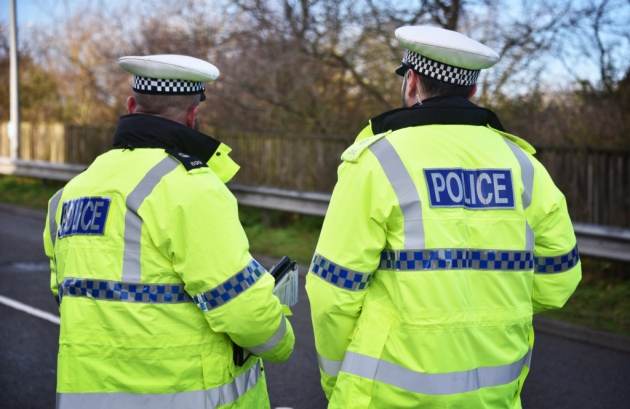 A former child abuse detective has lifted the lid on the trauma of delving into “harrowing” online images on a daily basis after it led him to develop PTSD.

It comes as three of every four officers reported experiencing mental health issues in the last year in Norfolk Constabulary.

Andy Symonds, chairman of the Norfolk Police Federation, has warned the growing mental health crisis in the police is the “impact of austerity”.

He has specialist training in the field from Europol, and said it was a job he “loved and believed in”.

But it involved scouring through thousands of images and footage of child abuse every day. DC Hunt’s role was to identify the child from the footage. Sometimes he would need to visit the child involved.

“It is a really tough job,” he said. “It is harrowing.

“You are subject to that kind of imagery on a daily basis, and I think the build up of that took its toll on me.

“My role was to view footage and imagery to analyse and identify the child. Sometimes that would involve meeting the child. When you join the two parts up that becomes very traumatic indeed.

“You are potentially saving that child from a life of further abuse. I have seen the reality and it is not just on a computer screen.”

The incessant stream of horrific images left DC Hunt with no passion for his hobbies, including cycling and photography, and he became a “different person” at home.

“I was very short tempered, going off like a bottle of pop at the most insignificant thing,” he said.

Then he began having nightmares and flashbacks. He found it difficult to sleep, but persevered with the job.

He said: “It is difficult to keep going but the driver is the job you are doing is so vital to kids who can’t protect themselves. That is what spurs you on.

“The passion that team has for what they do is incredible but it is the creeping effect of what happens that takes its toll.”

It was after a holiday in Scotland in June last year when DC Hunt decided he needed to see his GP. At that point he realised the root of the problem as “the penny just dropped”.

“It wasn’t too late for me, but I was a long way down the road,” he said. “Without knowing it, it can stem from quite early on in your career.

“I had contemplated ending my own life and became preoccupied with it. I suppose you are not thinking straight, no matter how illogical it is that thought still prevails.”

DC Hunt was referred into the mental health system by his GP, but was told he would have had to wait 28 days “just for a phone call”.

“That can be the difference between life and death for someone having a mental health crisis,” he said. “The chief stepped in and said you are not going to wait for this, we are going to pay for the best treatment available to you.”

DC Hunt went for sessions every week at the Walnut Tree Health and Wellbeing service, and said while they were “emotionally knackering”, when he left each time it felt like “a little more weight had been lifted”.

DC Hunt is one of 23 officers and staff referred to the Walnut Tree since June, which includes immediate and round-the-clock support for staff and officers living with Post Traumatic Stress Disorder (PTSD), trauma and complex mental ill health.

DC Hunt now works in adult sexual abuse, modern slavery and human trafficking, but says he is “not subjected to the constant imagery” any more.

“I had been responsible for mentoring our case investigators and looking out for their wellbeing, but the one person I forgot to look out for was myself,” he said. “I thought I was impervious.”

“I joined 27 years ago and if you disclose things like that it was perceived as a weakness, so you would keep it to yourself.

“Now it is perceived as a strength to come out and talk about it. It is a marriage-breaker and a life-ender if you sit on it and let it fester and fester.”

According to a survey from the Police Federation, which represents rank and file officers, more than three quarters of officers who responded in Norfolk said they had experienced feelings of stress, low mood or anxiety in the last 12 months.

“We have got fewer and fewer front line officer to do more and more work,” added DC Hunt. “You have got to see police in terms of human beings. Everyone has a limit and everyone has a tipping point.

“The front line are really stretched cancelled rest days and long hours. You struggle to find time to squeeze in a cup of tea or coffee. We have got to look after the police officers we have got otherwise they will just break.

“Just because you are wearing a police uniform doesn’t make you invincible.”

Mr Symonds said there has been a “huge increase” in mental health issues as a result of austerity, and officers are “retiring early due to ill health.

“Everybody has a threshold where we topple over,” he said. “This is the impact of austerity.

The police officers giving this service are really struggling to cope with the demand and what is expected of them.

“Our officers use the health service too and they are going to their GPs and finding there is nothing available for months.”

He said the “repeated exposure” to traumatic incidents takes its toll mentally on officers.

But also, he said, officers do not have time to process it.

“Conversations with colleagues do not happen as much as they used to,” he said. “When they are not going to jobs they are doing paperwork, sitting at a desk.

“We used to have the resilience to stop you taking the next call and you could sit around with the other officers and have a chat about it.

“Officers go out to these jobs not having the time to deal with it and starting all over again on the next shift.”

“We take our duty of care to all our employees very seriously and are committed to supporting them at work and at home,” he said.

“Within the past week we have launched our partnership with Walnut Tree Health and Wellbeing Community Interest Company for staff and officers living with Post Traumatic Stress Disorder, trauma and complex mental health - and we are continuing to invest in our own wellbeing support services to support the workforce on a daily basis.

“We expect our staff and officers to do their very best for our communities and in turn, the constabulary, as their employer, must do the very best by them.”

Terror Threat Firearms Officers PFEW WSP Police Scotland West Mids Police Armed Police PTSD PFOA Mental Health Metropolitan Police welfare wellbeing Taser ARV Assault on Police Home Office NPCC illegal firearms Welfare Support Programme Protect The Protectors Armed Police Numbers AFO Terror attack College of Policing
I have recently been medically retired from the police with PTSD following a serious injury on duty a few years ago. I would not be here if it was not for the PFOA - they literally saved my life. In February 2017 I was long-term sick off of work and I was in a very bad place. Whilst I have been unable to continue as a serving officer, I will forever be indebted to the PFOA. I will never be able to repay them for all that they did. All I can say is thank you so much from me and my family.
PFOA assisted by offering counselling/coaching support to officer’s family. A respite break was granted to allow the officer and his family to get away and spend some valuable time together as a family unit.
The PFOA purchased a new cross trainer and have loaned this to the officer to enable him to remain active and hopefully return to Ops.
PFOA arranges support for the officers involved prior to the Inquest and after by way of a respite breaks and NLP Coaching or Counselling.
I would like to personally thank the PFOA for the gifts we received for our daughter. The timing could not have been better. the week the gifts arrived, she had lost her hair and was due to go back to hospital for her next round of chemotherapy treatment which she was not looking forward to. Opening the parcel put a big smile back on her face for two reasons. firstly, because you had chosen as gifts exactly what she would have chosen for herself. But secondly and more importantly, because she realised other people ere also thinking of her and willing her to get better. People she had never met.
Thank you so much for the shopping vouchers, they will come in very handy. Thank you for helping my daddy to be himself again. Keep helping police officers because some people don’t understand how hard it can be and they are doing a great thing.
This act of kindness was greatly appreciated by us both at what is a very difficult time for our family.
© 2017 PFOA - Police Firearms Officers Association
Head Office: Chatteris Police Station, 18 East Park Street, Chatteris,
Cambridgeshire PE16 6LD - Tel: 01354 697 890
Email: [email protected]