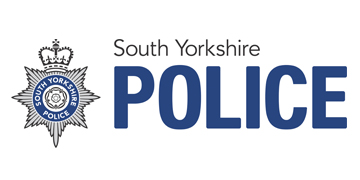 The family of a Sheffield policeman who took his life after battling depression say the ‘stigma’ around mental health should be challenged.

PC Carl Tyrrell was recognised several times for his skill and bravery while working as a dog handler for South Yorkshire Police. He was known as an intelligent and passionate family man. But he suffered from serious mental health issues, including anxiety and depression, relating to various aspects of his job and family life. This included having to reapply for his job three times due to cuts to the force.

Carl was 49 when he was found hanged at his home in Fitzwalter Road on September 20 last year.

Giving evidence at an inquest into his death this week, sister Sally Hammond said she was ‘sure’ Carl wanted to end his life.She described numerous occasions where her brother talked about suicide, and recalled one conversation shortly before his death where she felt his ‘mind was made up’. This was two days after Carl had returned to Ipswich, where he grew up, and left a ‘goodbye’ note in the visitor book of the family church.He had put his finances in order and had made provisions for after his death, she said."While he hadn't said September 20 was going to be the day, I knew he would try and take his own life," said Sally.

After assistant coroner Steven Eccleston returned a conclusion of suicide, Sally - who works for the fire service - said the stigma surrounding mental health should be challenged, particularly in the emergency services. She said Carl’s concern about the perception surrounding his illness ‘may have delayed him seeking treatment’.“One in four emergency services personnel suffer mental health illness due to the nature of their work but it is often the stigma attached to the illness that stops them getting help, and this must change,” added Sally.

She said Carl’s concern about the perception surrounding his illness ‘may have delayed him seeking treatment’.“One in four emergency services personnel suffer mental health illness due to the nature of their work but it is often the stigma attached to the illness that stops them getting help, and this must change,” added Sally.“We must say ‘it’s OK not to be OK’, and challenge mental health stigma so that people who suffer are treated in the same way as any other serious debilitating illness, seeking help at the earliest opportunity.”

The inquest also heard from Caroline Hobson, Carl’s partner at the time of his death. She said Carl was conflicted; desperate to have a normal family life with her and their children from previous relationships, but also struggling to move on from the breakdown of his two earlier marriages. “He would say ‘I’m spinning plates’, Caroline said.“He was terrified that if he dropped one of those plates it would be the finish of him.”Caroline described a loving, conscientious man who took great pride in his work but suffered badly with depression.

She said it was a 'matter of time' before he took his own life, but did not believe he woke up planning to do so on the day he died.She added: "He would say he was behind a glass window. He could see what he wanted but he couldn't quite get it."

After the inquest, Caroline also released a statement. She said: "It is a tragic fact that suicide is particularly prevalent in men of Carl's age, and that the stigma of depression prevents many from seeking help."I would particularly urge any emergency service workers struggling, to reach out, understand, and have an open dialogue with them. Urge them to seek help."Too often depression is seen as a weakness, but it is an illness that can kill and it is vital this is recognised and we remove any stigma for good."

The inquest heard from Dr Paul McCrea, who at the time of Mr Tyrrell's death was consultant psychiatrist at Sheffield Health and Social Care Trust - and therefore directly responsible for his care.

Dr McCrea said his team fount be afraid to speak out if they are suffering. "Utilise the support out there, especially from charities such as Mind."Carl was very loved, and was supported by those who loved him and his colleagues,

but if we can learn anything from losing Carl, it should be that no matter how successful or strong a person appears, nobody is immune.Mr Tyrrell  was known to have a number of 'major issues', including 'considerable guilt' over the breakdown of his two previous marriages and lack of contact with one of his children.He had negative views about his abilities, and was anxious about his job after having to reapply for it several times as a result of cuts, the inquest heard.He also disliked taking medication for his health issues.

Dr McCrae said: "He felt is should be something he should sort out himself. He came over as a very nice man but who was very troubled."When asked about intent by the coroner, Dr McCrea cited Mr Tyrrell's improved mood, his previous failed attempt using a similar method and repeated comments about not wanting to hurt his family.He said: "I just don't feel that I can be confident that he really wanted to end his life."

The inquest also heard from sergeant Andrew Whittaker, Mr Tyrrell's manager at South Yorkshire Police.Sgt Whittaker described the amount of support both he and his colleagues had given during the months they had worked with Mr Tyrrell.There were regular meetings and phonecalls during which Mr Tyrrell discussed his concerns with home life and work, and he was given the support of the occupational health team after self referring.

Sgt Whittaker said Mr Tyrrell had been hit hard by the death of his first police dog Atos, with whom he had won his awards, and had been badly affected when his second dog Cairo was taken away after two biting incidents - although he was allowed to keep another dog, Duke.He was signed off sick at the time of his death, but Sgt Whittaker said he had no doubts about his colleague's fitness to work, and in fact believed not working would have caused even more stress as Mr Tyrrell took so much pride in his job."I didn't have any overt concerns about his professionalism in completing his tour of duty and his role," he said."

There was no obvious concern that he was not in a fit state to work within the policing environment."The coroner found no fault with the care and support Carl received from the health service and his colleagues.

He added: “South Yorkshire Police and this city should be very proud of him’.