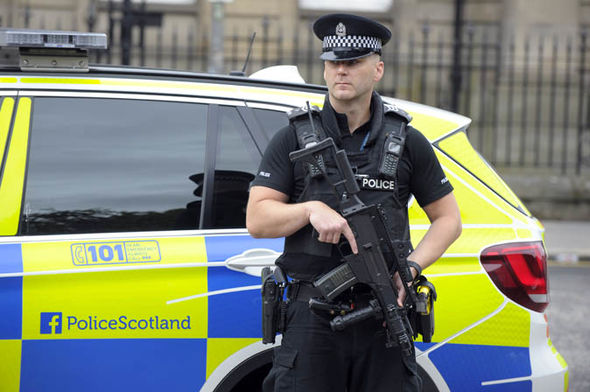 Police Scotland can confirm that the extended role of Armed Response Vehicle officers (ARVs) will be implemented on 7 May, 2018.

As announced in December 2017, ARV officers will now be deployed to a wider range of incidents, with an emphasis on public protection, vulnerability and speed of response. They have previously been restricted to dealing with firearms incidents, threat to life incidents or incidents they come across during the course of their patrols using their professional judgement.

Assistant Chief Constable Nelson Telfer, Specialist Support, said: “We have increased the number of ARV officers available in our communities, but our current deployment model is inefficient. It does not allow these officers to be sent by the control room to anything other than firearms or threat to life incidents.

“They already respond to incidents they come across and are sent to other incidents where there’s a threat to life but no firearms are involved. They are trained in advanced emergency first aid and we have many examples of incidents where these officers have assisted, such as at road crashes or medical emergencies, where they have been able to get to the scene before an ambulance.

“ARV officers will now support colleagues and the public by responding to a wider range of incidents with an emphasis on public protection, vulnerability and speed of response. Where appropriate, they will also support local and national campaigns, such as drink-driving.“The deployment of these officers will at all times continue to be overseen by specially-trained police Inspectors across Scotland. This will ensure that they will also remain available to be deployed to firearms and threat-to-life incidents.

“These Inspectors, who are based in our control rooms and are on duty 24 hours a day, will maintain the command and control of ARVs at all times. They will be responsible for assessing the appropriateness of all calls they attend using established decision making and risk assessment processes.

“Whilst this move is designed to maximise the safety of the Scottish public, we are aware that in the past there have been some concerns about the role of armed police officers in our communities and that previously we have not engaged as well as we could have when making decisions about how they are deployed.

“We have learned from that experience and have carried out extensive engagement with the Scottish Police Authority, elected representatives and other key stakeholders to explain why we are doing this.”

Police Scotland announced an uplift in the number of dedicated firearms resources in June 2016. The increase of 124 officers included 99 especially dedicated to ARVs and was completed on Monday 27 November, 2017.