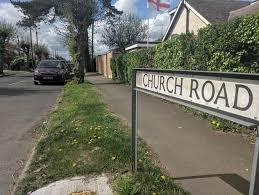 judge praised an armed officer for not shooting a fleeing driver who left him with serous injuries.

Mercedes 4 x 4 driver, Yasin Adam, collided with the policeman after ignoring orders to "stop and get out" of his car.

As he accelerated away he collided with the constable who was pointing a rifle at him.

Judge Philip Head praised the officer as he jailed Adam, saying: "The officer behaved with considerable courage and forbearance."

He said there was evidence  during the trial at Leicester crown Court that the officer, in accordance with his training, could have opened fire as the Mercedes approached at speed.

The judge said: "That would mean killing the defendant.

"He didn't do that despite the considerable risk to himself."

Luke Blackburn, prosecuting, said the officer had taken the safety catch off his Heckler and Koch rifle.

The defendant ran the risk of not only being directly shot but being accidentally fired at when the officer was carried along by the car bonnet."

The collision happened at 4.30am on Friday October 5 last year, outside Adam's home in Bradbourne Road, near Spinney Hill Park, Leicester, following a report regarding the vehicle and those inside it.

Armed officers followed Adam's hired Mercedes  from the city centre to his home  before he dangerously reversed out of his drive and sped away - with the officer on his bonnet a short distance before being flung off.

The constable suffered a fractured skull and other injuries, which have caused ongoing problems including partial deafness in one ear and continuous tinnitus, said Mr Blackburn.

Unable to return to work for more than three months, the constable had flashbacks, disturbed sleep and has been diagnosed with post traumatic stress disorder

Judge Head said the officer's life was "devastated" by the incident and it was unclear whether he would be able to resume his former full-time duties.

The victim, who attended the sentencing with his wife, is undergoing counselling and physiotherapy.

Unemployed 25-year-old Adam was convicted by a jury earlier this week of causing the officer serious injury by dangerous driving, following a five day trial.

Adam was acquitted of alternative counts of attempting to murder the officer or causing him grievous bodily harm with intent.

The collision was captured on police dash cam footage that was shown in court during the trial.

What the judge said

The judge said: "The driving was flagrantly dangerous and plainly so.

He told the defendant: "You made a deliberate attempt to evade the police officer and drove off in a confined space with the officer in front of you.

"You continued to drive with significant speed when he was on your bonnet until he was thrown off with such force he sustained those injuries.

"I'm sure we will never know for sure why you weren't willing to encounter the police officers.

"I'm sure you knew you were followed by the police ... and hoped that by turning into your own drive the police would lose interest - but they didn't.

"You knew you'd effectively cornered yourself in, decided to get away and reversed off the drive, by that stage the officer and his colleague had already got out.

"The officer was standing in the road in front of your car, I'm sure, clearly visible and recognisable as an officer.

"The three seconds of dash cam footage speak for themselves.

"I accept you didn't intend to hit him (as Adam told the jury when he gave evidence).

"But the carriageway was limited for your quite large vehicle and you ran a risk that by trying to escape you might very well hit him, even though it was not your intention.

"He had his firearm drawn facing towards you, facing peril and he forbore firing and it's a considerable tribute to his training and self control.

"The inevitable happened and you struck him at speed and you knew you'd done so, but didn't stop and carried him several yards down the road until he was flung off your bonnet and you continued on."

The judge said the aggravating features included him parking up in a street and hiding - as well as abandoning the car the next morning and throwing away the keys.

He said: "The jury clearly rejected the evidence you offered that this was all an accident when you believed you were faced with an armed car-jacker."

The judge said the officer had suffered ongoing symptoms and mental trauma and the effects were "disastrous."

He said: "In short you've devastated his life."

Judge Head said as he imposed a four year jail sentence: "I accept you acted in panic; I can't speculate on the exact reasons for that panic.

He said the maximum penalty for causing serious injury by dangerous driving was five years and if he had caused the death of the officer it would have been 14 years.

"This case is among the most serious one can contemplate for this sort of offence," said the judge.

Adam was also banned from driving for four-and-a-half years.

ARV welfare Firearms Officers Police Scotland illegal firearms PFEW Metropolitan Police West Mids Police WSP wellbeing PFOA Welfare Support Programme College of Policing Terror Threat Taser PTSD Protect The Protectors Armed Police PSNI Assault on Police Mental Health Home Office Terror attack Armed Police Numbers AFO
I have recently been medically retired from the police with PTSD following a serious injury on duty a few years ago. I would not be here if it was not for the PFOA - they literally saved my life. In February 2017 I was long-term sick off of work and I was in a very bad place. Whilst I have been unable to continue as a serving officer, I will forever be indebted to the PFOA. I will never be able to repay them for all that they did. All I can say is thank you so much from me and my family.
PFOA assisted by offering counselling/coaching support to officer’s family. A respite break was granted to allow the officer and his family to get away and spend some valuable time together as a family unit.
The PFOA purchased a new cross trainer and have loaned this to the officer to enable him to remain active and hopefully return to Ops.
PFOA arranges support for the officers involved prior to the Inquest and after by way of a respite breaks and NLP Coaching or Counselling.
I would like to personally thank the PFOA for the gifts we received for our daughter. The timing could not have been better. the week the gifts arrived, she had lost her hair and was due to go back to hospital for her next round of chemotherapy treatment which she was not looking forward to. Opening the parcel put a big smile back on her face for two reasons. firstly, because you had chosen as gifts exactly what she would have chosen for herself. But secondly and more importantly, because she realised other people ere also thinking of her and willing her to get better. People she had never met.
Thank you so much for the shopping vouchers, they will come in very handy. Thank you for helping my daddy to be himself again. Keep helping police officers because some people don’t understand how hard it can be and they are doing a great thing.
This act of kindness was greatly appreciated by us both at what is a very difficult time for our family.
© 2017 PFOA - Police Firearms Officers Association
Head Office: Chatteris Police Station, 18 East Park Street, Chatteris,
Cambridgeshire PE16 6LD - Tel: 01354 697 890
Email: info@pfoa.co.uk