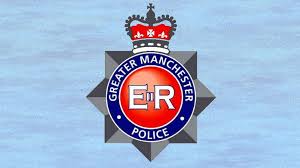 "We want lessons to be learned. No mother should face a knock at the door to be told the police have shot and killed her son"

The solicitor for the partner of a dad-of-two shot dead by police firearms officers has called on GMP to face corporate manslaughter charges.

Speaking outside Liverpool Crown Court today Tony Murphy QC described the damning findings of an inquiry into the death of Anthony Grainger as a 'landmark report for armed policing in this country'.

Mr Grainger, from Salford, was killed on March 3, 2012, when he was shot in the chest by a single bullet from a gun fired by a police marksman as he sat behind the wheel of a stolen red Audi in a car park in the village of Culcheth near Warrington.

A 345 page report written by Judge Thomas Teague QC details how the police operation which led to his death was based on 'seriously misleading' intelligence and led by commanding officers who were not 'occupationally competent'.

Speaking today, Mr Grainger's mum Marina Schofield said the family had been shocked at the 'dangerous levels of incompetence and staggering ineptitude' shown by police.

She added: "We want lessons to be learned. No mother should face a knock at the door to be told the police have shot and killed her son.

"We are all devastated by Anthony's death and have gone through hell to find out the true facts of what happened that night.

"We only hope this outcome serves as a lesson for Greater Manchester Police so that others do not have to go through what we've been through."

He said senior officers had 'lied' to the inquiry and the report 'catalogued dishonesty and corruption at the highest levels' of GMP.

Gail Hadfield, Mr Grainger's partner, said the report showed his death was caused by a 'litany of catastrophic failures' on the part of Greater Manchester Police.

A GMP spokesperson said: “We fully understand the heart-breaking effect that Anthony Grainger’s death has had on his family and loved ones.

"We also fully understand that the public inquiry will have been very difficult for them. On behalf of Greater Manchester Police, we offer our condolences to Anthony Grainger’s family and to his loved ones.

“We have received the public inquiry report into the death of Anthony Grainger and we are considering the findings of the chairman, HHJ Teague QC.

“In his report, the chairman has made a number of findings which are critical of GMP. The criticisms are wide-ranging and include criticisms of aspects of the planning and preparation of the firearms operation during which Anthony Grainger lost his life on 3rd March 2012.

“The force, our commanders, and our officers do not set out on any policing operation with the intention of firearms being discharged. This case was no different and the safety of the public, the subjects of police operations and our officers is, and remains, our absolute priority.

“That being said, we undertake to consider each and every one of the chairman’s findings and criticisms with the utmost care, attention and reflection. It is what the public would expect GMP to do in circumstances where criticisms have been made of the planning and preparation of a police operation in which a young man lost his life. It is what GMP will do.

“Working alongside our regional and national partners, we will consider all of the chairman’s recommendations to assess what more can be done now, and in the future, to further improve the safety of police firearms operations.

“Many changes have already been made locally, regionally and nationally since the death of Anthony Grainger in 2012, most recently following an independent review conducted by the College of Policing. We will continue to strive to maximise the safety of all policing operations.

“We will not comment any further until we have had an opportunity to read the chairman’s report in more detail."

PFOA PTSD illegal firearms College of Policing wellbeing Metropolitan Police Assault on Police Armed Police Terror Threat West Mids Police Police Scotland Armed Police Numbers Welfare Support Programme ARV Home Office welfare Protect The Protectors Firearms Officers WSP Taser IPCC Terror attack PFEW Mental Health AFO
I have recently been medically retired from the police with PTSD following a serious injury on duty a few years ago. I would not be here if it was not for the PFOA - they literally saved my life. In February 2017 I was long-term sick off of work and I was in a very bad place. Whilst I have been unable to continue as a serving officer, I will forever be indebted to the PFOA. I will never be able to repay them for all that they did. All I can say is thank you so much from me and my family.
PFOA assisted by offering counselling/coaching support to officer’s family. A respite break was granted to allow the officer and his family to get away and spend some valuable time together as a family unit.
The PFOA purchased a new cross trainer and have loaned this to the officer to enable him to remain active and hopefully return to Ops.
PFOA arranges support for the officers involved prior to the Inquest and after by way of a respite breaks and NLP Coaching or Counselling.
I would like to personally thank the PFOA for the gifts we received for our daughter. The timing could not have been better. the week the gifts arrived, she had lost her hair and was due to go back to hospital for her next round of chemotherapy treatment which she was not looking forward to. Opening the parcel put a big smile back on her face for two reasons. firstly, because you had chosen as gifts exactly what she would have chosen for herself. But secondly and more importantly, because she realised other people ere also thinking of her and willing her to get better. People she had never met.
Thank you so much for the shopping vouchers, they will come in very handy. Thank you for helping my daddy to be himself again. Keep helping police officers because some people don’t understand how hard it can be and they are doing a great thing.
This act of kindness was greatly appreciated by us both at what is a very difficult time for our family.
© 2017 PFOA - Police Firearms Officers Association
Head Office: Chatteris Police Station, 18 East Park Street, Chatteris,
Cambridgeshire PE16 6LD - Tel: 01354 697 890
Email: info@pfoa.co.uk