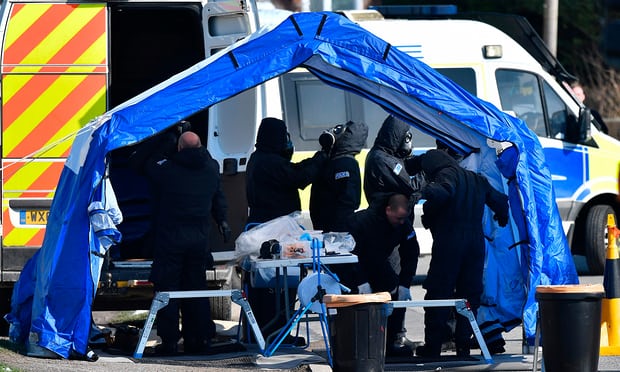 Almost 100 Wiltshire police officers and staff have sought psychological support after the nerve agent attack in Salisbury, the Guardian can reveal.

Among those who have asked for help were officers who initially responded to the collapse of the former Russian spy Sergei Skripal and his daughter, Yulia, and those who were at or close to the various investigation sites in subsequent days and weeks.

Some reported feeling disorientated and anxious while others were concerned about the possible long-term health effects on the public.

Wiltshire’s chief constable, Kier Pritchard, told the Guardian that officers – including himself and other police personnel continued to receive help more than two months after the attack.

Pritchard took up the role of head of the force on the day of the attempted murders and said he had personally received the “best support” as he worked through the implications for him and his family of being a high-profile figure in the response to a state-sponsored attack.

One police officer, DS Nick Bailey, spent more than two weeks in hospital after being exposed to the novichok nerve agent and when he was discharged said life would never be the same again.

But Pritchard revealed more than 90 officers and staff had received support through the trauma risk management (Trim) programme, a police scheme based on a project developed by the Royal Marines.

Pritchard said officers responding to the attack on 4 March had believed they were helping at a medical episode, possibly drugs related.

“I’ve watched the body cam footage that was recording what they did that day. The response was absolutely first class,” he said.

“We have had over 90 of our officers and staff come forward to receive support through the Trim process. That is based upon the impact of either attending the scene, the fear they may have been exposed to a chemical incident, the psychological impact of how the situation unfolded and the uncertainty of the public health advice and information.”

He added that it was a “high stress” situation and those at “the sharp end” were disorientated and anxious.

Asked about his own reaction, Pritchard said: “It was my first day. It wasn’t the first day I was expecting. It was a privilege despite the fact that the circumstances were unprecedented and horrific. It was a privilege to take the role as the figurehead of the operation on the global stage.

“Any incident like this will make you stop and reflect about impact on yourself, your family. You start to think about the implications for you as someone who has been a prominent figure in the response.

“But I’ve been given the best support that is available to me, I’m used to speaking to our occupational health unit on a very frequent basis. I think it’s really positive as leader to demonstrate that is OK for the leader to do things in the right way too.”

Pritchard, who was speaking during Mental Health Awareness Week, said he saw the number of police personnel who had asked for help after the Salisbury attack as a sign of success.

He said: “We’ve opened our doors, we’ve provided the right resources and people are prepared to say: ‘I could do with some help, advice, support.”

Pritchard said Wiltshire and other forces had worked hard to tackle the “macho” culture in which admitting mental health issues was seen as a weakness.

As well as investing in the occupational health unit and Trim, the force had signed up to the Blue Light programme, which encourages staff to talk about mental health issues.

Pritchard revealed that after the suicide of a colleague he sought help through Trim. “I wasn’t coping well at work or at home; I wasn’t sleeping well, I was anxious and irritable, I felt angry, guilty and sad – a whole host of emotions – and I could see that my work and family were suffering.

“The force offered me Trim. Once I’d accepted that I needed help, I really embraced the whole process and felt as though a weight had been lifted from me. My reaction, as is the case for many, was normal – it was the event that was abnormal.”

Pritchard said the nature of the job meant officers and other police personnel may be more at risk of mental health problems than the general public as a whole, but added that cuts to police numbers were increasing the pressure. 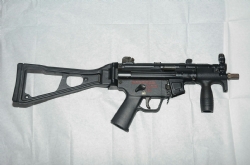 Police Scotland ARV IPCC Assault on Police PTSD Welfare Support Programme Taser PFOA PSNI illegal firearms Home Office PFEW WSP wellbeing welfare Protect The Protectors Terror Threat Mental Health Armed Police AFO West Mids Police Terror attack Armed Police Numbers Metropolitan Police Firearms Officers
I have recently been medically retired from the police with PTSD following a serious injury on duty a few years ago. I would not be here if it was not for the PFOA - they literally saved my life. In February 2017 I was long-term sick off of work and I was in a very bad place. Whilst I have been unable to continue as a serving officer, I will forever be indebted to the PFOA. I will never be able to repay them for all that they did. All I can say is thank you so much from me and my family.
PFOA assisted by offering counselling/coaching support to officer’s family. A respite break was granted to allow the officer and his family to get away and spend some valuable time together as a family unit.
The PFOA purchased a new cross trainer and have loaned this to the officer to enable him to remain active and hopefully return to Ops.
PFOA arranges support for the officers involved prior to the Inquest and after by way of a respite breaks and NLP Coaching or Counselling.
I would like to personally thank the PFOA for the gifts we received for our daughter. The timing could not have been better. the week the gifts arrived, she had lost her hair and was due to go back to hospital for her next round of chemotherapy treatment which she was not looking forward to. Opening the parcel put a big smile back on her face for two reasons. firstly, because you had chosen as gifts exactly what she would have chosen for herself. But secondly and more importantly, because she realised other people ere also thinking of her and willing her to get better. People she had never met.
Thank you so much for the shopping vouchers, they will come in very handy. Thank you for helping my daddy to be himself again. Keep helping police officers because some people don’t understand how hard it can be and they are doing a great thing.
This act of kindness was greatly appreciated by us both at what is a very difficult time for our family.
© 2017 PFOA - Police Firearms Officers Association
Head Office: Chatteris Police Station, 18 East Park Street, Chatteris,
Cambridgeshire PE16 6LD - Tel: 01354 697 890
Email: info@pfoa.co.uk