Assistant Commissioner Cressida Dick claims that women who join the police force are put off by macho culture and a male obsession with firearms.

"I have to say, and it hurts me to say it as an old-school feminist, I do believe in our society and our culture, fewer women who join the police actually want to be armed," she told a City of London meeting.

"I wouldn't put it down to genes necessarily – I'd put it down to culture. In my lifetime it will always be more men using police firearms than women."

More women are entering the police force but current figures are only eight to ten percent of the total number of officers.

"A lot of the pioneers had to force themselves to be very manly,' she told the Telegraph. 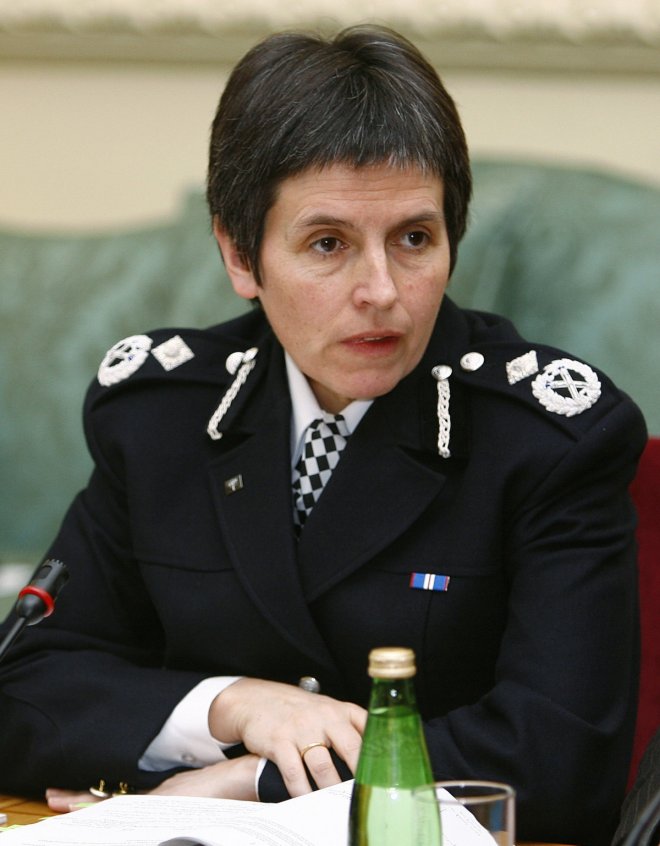 "They even dressed all like men, they wore grey charcoal suits and nobody would wear a lot of make-up or clothes that were feminine.

"Some of them took on quite excessive traits, they would swear more, drink more, and drive a heavy car faster. And all that's just completely gone."

Scotland Yard is currently being sued by Carol Howard, a firearms officer who claimed her career was held back because of her race and sex.

The 34-year-old says she was intimidated by an "aggressive" inspector who "scolded" her in front of other senior officers while he was armed with a Taser and a handgun.

In February two women firearms officers described as "petite in stature with small hands" won a sex discrimination case over the size of their big guns. They are expected to receive a total pay-out of £70,000.

The weapon – a Glock 17 - was too large for their hands and as a result they could not reach the trigger, their employment tribunal against the Civil Nuclear Constabulary heard.

Their lawyer Binder Bansel said the pair were at a disadvantage in gun tests "which could lead to the officer being dismissed". The police officers had also regularly spoken out about too-large helmets and kneepads.

Victoria Wheatley and Rachael Giles were part of the armed Civil Nuclear Constabulary and they were responsible for protecting power stations at Sellafield in Cumbria and Chapelcross in Scotland.

WSP Terror attack Police Scotland AFO Terror Threat Firearms Officers Armed Police West Mids Police welfare Taser Metropolitan Police Mental Health Welfare Support Programme illegal firearms Armed Police Numbers wellbeing Assault on Police PFOA PTSD PFEW PSNI ARV College of Policing Home Office Protect The Protectors
I have recently been medically retired from the police with PTSD following a serious injury on duty a few years ago. I would not be here if it was not for the PFOA - they literally saved my life. In February 2017 I was long-term sick off of work and I was in a very bad place. Whilst I have been unable to continue as a serving officer, I will forever be indebted to the PFOA. I will never be able to repay them for all that they did. All I can say is thank you so much from me and my family.
PFOA assisted by offering counselling/coaching support to officer’s family. A respite break was granted to allow the officer and his family to get away and spend some valuable time together as a family unit.
The PFOA purchased a new cross trainer and have loaned this to the officer to enable him to remain active and hopefully return to Ops.
PFOA arranges support for the officers involved prior to the Inquest and after by way of a respite breaks and NLP Coaching or Counselling.
I would like to personally thank the PFOA for the gifts we received for our daughter. The timing could not have been better. the week the gifts arrived, she had lost her hair and was due to go back to hospital for her next round of chemotherapy treatment which she was not looking forward to. Opening the parcel put a big smile back on her face for two reasons. firstly, because you had chosen as gifts exactly what she would have chosen for herself. But secondly and more importantly, because she realised other people ere also thinking of her and willing her to get better. People she had never met.
Thank you so much for the shopping vouchers, they will come in very handy. Thank you for helping my daddy to be himself again. Keep helping police officers because some people don’t understand how hard it can be and they are doing a great thing.
This act of kindness was greatly appreciated by us both at what is a very difficult time for our family.
© 2017 PFOA - Police Firearms Officers Association Head Office: Chatteris Police Station, 18 East Park Street, Chatteris, Cambridgeshire PE16 6LD - Tel: 01354 697 890 - Email: info@pfoa.co.uk Registered Charity No.1139247 Company No. 07295737